Long Beach, California—The CVPR 2019 Conference, the premier event for the artificial intelligence and computer vision technologies behind such innovations as facial recognition and self-driving cars, broke several of its records at this week’s annual gathering:

“I would have never imagined that we would have grown to a community of this size,” said CVPR General Chair Song-Chun Zhu, also a professor at the University of California, Los Angeles. As such, the CVPR event is now one of tech’s top artificial intelligence conferences, ranked among Google Scholar’s Top 10 publications for the quality of research papers presented at the gathering.

General Welcome and the Organizing Committee 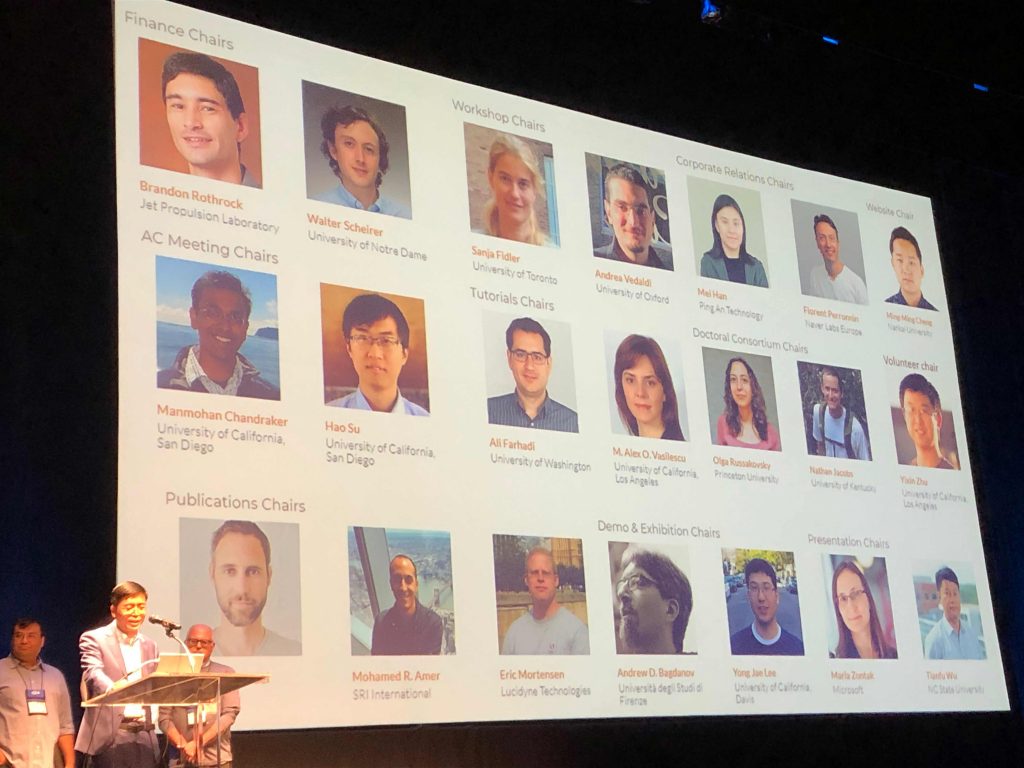 Where All the CVPR 2019 Participants Came From 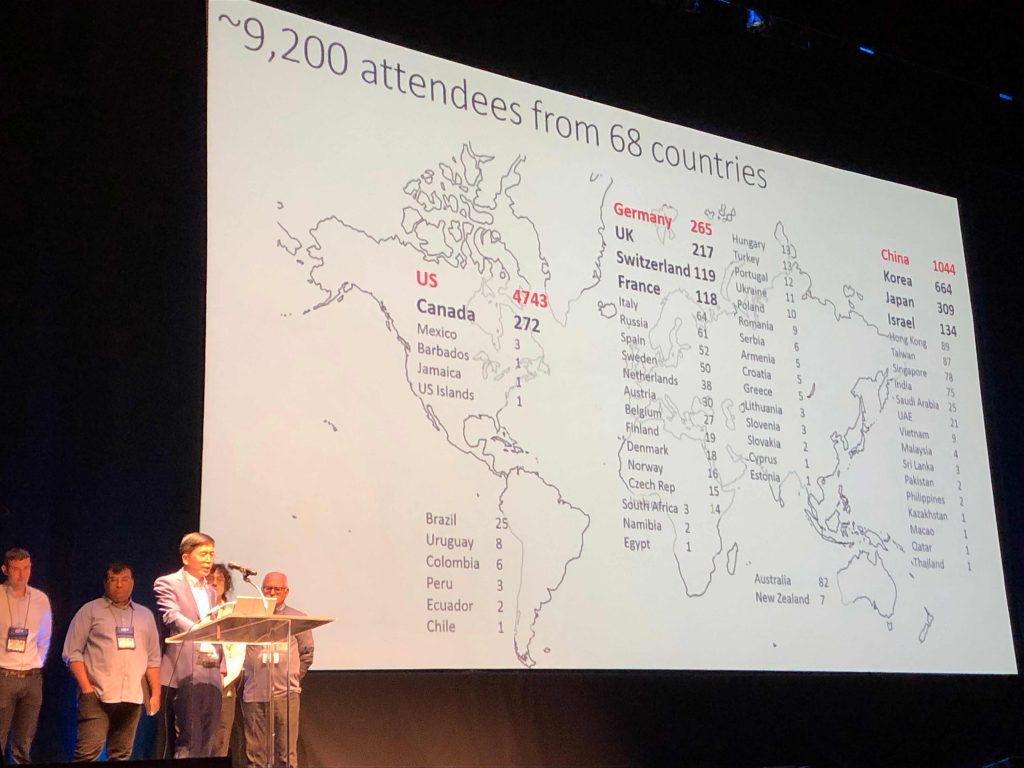 “Europe has contributed from almost every country,” Zhu said about the origins of CVPR 2019 Conference attendees. Most came from the United States, at 4,743. China was next at 1,044.

This year’s record paper submissions were so enormous that organizers wondered about the future.

“If we say that this 26 percent acceleration of growth were to continue for another nine years, then we’d have 10.8 billion submitted papers in 2028: That’s one for every man, woman, and child,” Program Chair Derek Hoiem, also an associate professor at the University of Illinois at Urbana-Champaign.

Technical Committee on Pattern Analysis and Machine Intelligence (TCPAMI) Chair Bryan Morse announced the winner of the PAMI Longuet-Higgins Prize, which is awarded to the “retrospective most impactful paper from CVPR 2009.” It is akin to a seminal work that achieves a “test-of-time” status. The TCPAMI is an IEEE Computer Society community of volunteers who organize the CVPR Conference.

The final award of the event was given, as it turned out, to Morse himself, who received the IEEE Computer Society Technical and Conference Activities Board 2019 Distinguished Leadership Award “for outstanding and sustained contributions to the pattern analysis and machine intelligence community and the IEEE Computer Society Technical & Conference Activities Board.” Morse is also a professor at Brigham Young University.

The Computer Society’s 2020 president, Leila De Floriani, exercised the honors of handing the award to Morse.

How CVPR Attracts an Audience 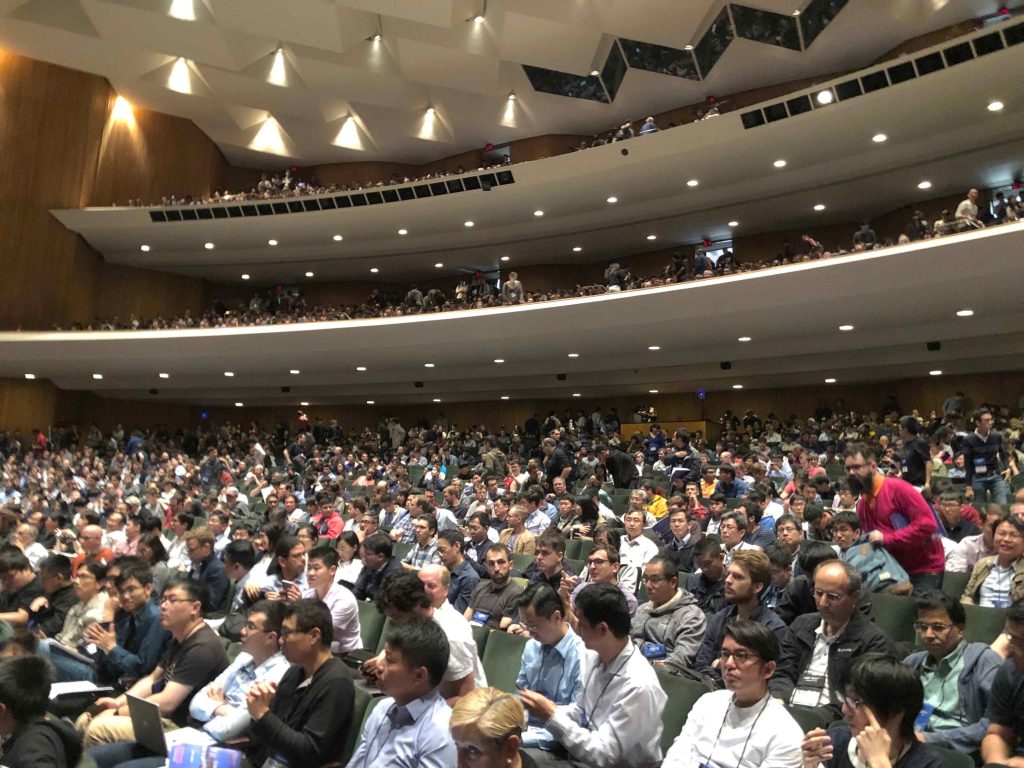 A full house inside the Terrace Theater applauded the recording-breaking news and the awards given to the finest minds in the field of computer vision at the CVPR 2019 Conference.