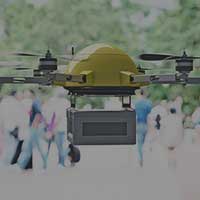 Service robotics has long captivated Hollywood, with many robot characters appearing in science-fiction films and television series. In the 1950s, for example, the film Forbidden Planet featured a servant named Robby the Robot. Fifty years later, Robin Williams played a domestic-household android robot in Bicentennial Man. In Disney Pixar’s 2008 WALL·E, the protagonist is a garbage-compacting robot that falls in love with an environmental probe droid.

Over time, the distance between science fiction and reality has diminished significantly. Soon, service robots will help us carry out most of our everyday tasks, whether at home or in the office, while traveling, shopping, and much more.

The October 2016 issue of Computing Now presents an overview of both traditional and emerging service robotics applications, as well as highlights relevant research directions. We have selected six papers that we hope will inspire you to dig further into the literature of this incredibly rich domain.

According to the International Federation of Robotics, a service robot “performs useful tasks for humans or equipment (excluding automation applications).” In other words, it’s not the hardware that distinguishes an industrial robot from a service robot, but the intended application. Although service robots are often mobile, even a stationary robotic manipulation arm that’s typically used in manufacturing to perform repetitive and high-precision tasks can be regarded as a service robot when used in a different context. It should not be surprising that Joe Engelberger — the founding father of industrial robotics — conducted early experiments with service robots and, in the ’90s, commercialized a robotic courier called HelpMate for hospital use.

Another way to differentiate between industrial and service robots is degree of autonomy: industrial robots are mostly fully automatic, whereas service robots are generally characterized by varying levels of autonomy, which can even be adjusted dynamically to move from full autonomy to tele-operation. Generally referred to as “adjustable autonomy,” this possibility is one of the factors that make the set of application scenarios envisioned for service robotics extremely wide and heterogeneous.

Service robots can be organized into two broad categories:

The Difficult Path to Commercialization

Despite the incredible range of possible uses for robots, industrial applications (especially in the car and consumer electronics industries) have been the dominant sector, with a 2015 market value of more than US $32 billion and steady growth predicted in coming years.

According to Silicon Valley Robotics, the number of successful service robotics companies is still very limited. Nonetheless, service robots are becoming increasingly mainstream. More than 10 million iRobot Roombas are vacuuming homes and offices all over the world, far surpassing the 1.5 million industrial robots currently in use. Market segments such as defense, agriculture, logistics, and medicine are developing quickly, and certain niche areas such as humanoid helpers and kiosk robots — although proving more difficult to pass from research to commercialization — are nonetheless expected to virtually explode in the next few years.

Challenges in the field are associated mainly with the difficulty in implementing autonomous behaviors with the required levels of context awareness, safety, and compliance. Finding suitable interfaces that let different types of users program and interact with robots in an intuitive and flexible way is also difficult. As we slowly solve these issues, humans will learn to trust our robotic helpers, progressively delegating an ever-larger number of our menial and repetitive tasks.

In “Telexistence: Enabling Humans to Be Virtually Ubiquitous,” Susumu Tachi illustrates the evolution of the concept of “telexistence,” which refers to human users having the sensation of being physically present in a different place. The article presents several solutions dating back to the 1980s that have been deployed with robotic avatars and exploit retro-reflective projection technology, immersive head-mounted displays, physical exoskeleton-based and hand tracking-based control, and haptic feedback. According to the author, telexistence technology is reaching a level of sophistication that will soon let it transfer most human physical functions, thus enabling remote work and operations that have never before been possible.

In “An Open Approach to Autonomous Vehicles,” Shinpei Kato and his colleagues argue that one of the catalysts for the evolution of robotic solutions for autonomous vehicles will be the increasing availability of open resources. The article offers a review of available software platforms (such as the Robot Operating System), algorithms (for object detection and tracking, mission planning, and so on), and datasets that could be considered for carrying out engineering tasks related to next-generation autonomous vehicles — self-driving cars being just one of the best-known examples.

The next article, “A Heterogeneous Fleet of Vehicles for Automated Humanitarian Missions,” deals with issues pertaining to coordinating groups of autonomous vehicles in support of a common goal. Pieter J. Mosterman and his colleagues show how cyber-physical systems can be helpful in designing and validating the sophisticated robotic solutions that will be required to implement the automated emergency-response systems of the future.

In “Design and Evaluation of a Touch-Centered Calming Interaction with a Social Robot,” Yasaman S. Sefidgar and her colleagues describe the design of a fully interactive therapeutic robot companion. Based on the principles of human-animal therapy, they created a robotic animal capable of serving as a valid component of a person’s anxiety management. This affective touch-based robot, which they call the Haptic Creature, adjusts its synthetic breath based on received strokes. People who participated in a user study reported feeling calmer and happier after the experiments.

“Impact of Using an Educational Robot-Based Learning System on Students’ Motivation in Elementary Education” aims to provide reliable empirical evidence of robots’ effectiveness in education. Authors Kay-Yi Chin, Zeng-Wei Hong, and Yen-Lin Chen designed a learning system that augments digital content with robotic behaviors. During the lesson, a humanoid robot interacts with the class by asking questions, inviting students to think, and clapping its hands when a correct answer is provided. Results of a study carried out with elementary school students indicated that educational robot-based systems can create an interesting, engaging learning experience, at the same time providing teachers with more time to assist struggling students.

The final article, “Graphical Instruction for Home Robots,” tackles one of the greatest challenges of service robotics: human-robot interaction. Daisuke Sakamoto and his colleagues evaluate different types of user interfaces for controlling heterogeneous robots that carry out such common tasks as cooking and folding clothes. Their results emphasize the key role that interaction design will play in the possible success of service robots in the near future.

With the growth of service robotics in our lives, cutting-edge robotic hardware and software development is obviously essential. But telecommunications companies are expected to play an equally important role.

In this month’s Industry Perspective video, Valeria D’Amico of TIM — a large Italian fixed and mobile telecommunication provider—discusses the company’s Connected Robotics Applications Lab (CRAB), which is active in the field of cloud robotics. She describes how CRAB aims to create and validate platforms capable of supporting the deployment of next-generation services in the field. CRAB trials and demos have also become an opportunity to understand how people perceive human-robot interaction and the various degrees to which the technologies are accepted.

Considering the variety of application opportunities for service robotics and the number of potential users, as well as the annual growth rate of about 11.5 percent (and up to 150 percent for certain areas, such as mobile platforms), it’s easy to see the market’s potential and to forecast a promising future.

We hope that this issue of Computing Now sheds some light on developments that are in progress in the field, as well as some of the most important issues that will have to be addressed in the years to come.

Fabrizio Lamberti is an associate professor at the Politecnico di Torino, Italy. His research interests include computational intelligence, semantic processing, distributed computing, human-computer and human-robot interaction, computer graphics, and visualization. Lamberti is a senior member of IEEE and the IEEE Computer Society. He has published more than 120 papers in international peer-reviewed journals, magazines, books, and conference proceedings. He is currently serving as associate editor for IEEE Transactions on Emerging Topics in Computing and for IEEE Consumer Electronics Magazine. Please visit his personal page at http://staff.polito.it/fabrizio.lamberti or contact him at fabrizio.lamberti@polito.it.

Gianluca Paravati is an assistant professor at the Politecnico di Torino, Italy. His research interests include image processing, computer graphics, virtual and augmented reality, human-computer interaction, machine learning, and visualization. Paravati is a senior member of IEEE and the IEEE Computer Society. He serves as an editorial board member and reviewer for several refereed international journals and conferences. Please visit his personal page at http://staff.polito.it/gianluca.paravati/ or contact him at gianluca.paravati@polito.it.

Andrea Di Salvo is an eco- and interaction designer with a PhD in production systems and design. He is a research fellow in the Department of Architecture and Design at the Politecnico di Torino, Italy, as well as an adjunct lecturer for its Design and Visual Communication graduate course. Please contact him at andrea.disalvo@polito.it.