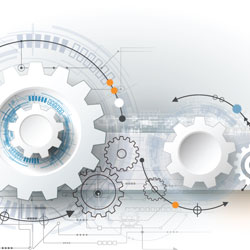 The Internet of Things (IoT) is an omnipresent network of physical and virtual objects and resources that are equipped with sensing, computing, actuating, and communication capabilities. Yet, although billions of these objects have already been deployed, something is slowing IoT solution adoption: device incompatibility.

The original IoT vision involves a hyper-connected global ecosystem in which “things” communicate with other “things” whenever needed to deliver highly diversified services to the user. Such communication must be independent of the creator of a given fragment of the infrastructure. In reality, however, each vendor has its own IoT solution that is incompatible with other solutions, thus creating local IoT silos.

That’s why, today, many IoT researchers and industry leaders are focusing on interoperability. The EU’s Unify-IoT project, for example, recently analyzed more than 300 available IoT platforms and found that about 20 are “somewhat popular to popular.” Based on this analysis, the EU has decided to fund seven research projects (see the IoT Projects sidebar) that seek to address interoperability between and within IoT ecosystems.

This December 2016 Computing Now theme presents six articles in this important research area. Because of the vast range of topics related to IoT interoperability, we also include a video from industry representatives, interviews with six experts from IoT-oriented businesses, and three sidebars with links to additional articles (Further Reading), relevant websites (IoT Projects), and learning materials (Educational Multimedia).

One approach to IoT interoperability is to consider it across all layers of the hardware/software stack:

The first five articles address interoperability within each of these layers. The sixth article discusses trust among IoT stakeholders.

In “A Mobile Multi-Technology Gateway to Enable IoT Interoperability,” G. Aloi and his colleagues describe their smartphone-based IoT gateway, which supports integration and interoperability of multi-technology, multi-standard, and multi-interface communication across IoT devices. The proposed architecture consists of two modules: a management GUI lets users receive notifications from different IoT devices, and a coordination communication and management brain acquires and analyzes flow data arriving from diverse interfaces. The performance results demonstrate the solution’s viability for integrating into an IoT architecture, although the proposed approach could be limited by the smartphone battery capacity.

Kuljaree Tantayakul, Riadh Dhaou, and Beatrice Paillassa’s “Impact of SDN on Mobility Management” presents a new mobility service adapted for software-defined networks without using the traditional IPv4 approach. The authors argue that the mobility service not only matches the quality of the Proxy Mobile IPv6 (PMIPv6)—the solution adopted by the 3rd Generation Partnership Project (3GPP) — but also enhances deployment performance.

“MOSDEN: An Internet of Things Middleware for Resource Constrained Mobile Devices” presents a plug-in-based IoT middleware for mobile devices that allows for collecting and processing data from multiple heterogeneous sensors. Authors Charith Perera and his colleagues assert that MOSDEN is fully compatible with the Global Sensor Network (GSN) and provides a high level of interoperability between devices from different vendors and with different computational resources.

Yang Zhang, Li Duan, and Jun Liang Chen discuss how to integrate event-driven architecture (EDA) and service-oriented architecture (SOA) for IoT services in “Event-Driven SOA for IoT Services.” Whereas SOA breaks applications into multiple independent services described by standard interface specifications, EDA coordinates independent services based on event flow. The authors consider how to realize a scalable EDSOA that could use resource information to create IoT services, apply independent and shared events to run those services, and then use event sessions to coordinate the services.

The data and semantics layer can be viewed as a meta level that depends on, but also feeds into, the remaining layers. “Connected Smart Cities: Interoperability with SEG 3.0 for the Internet of Things” proposes an interesting approach — one that originated from the EU’s Fiesta-IoT project—to federating, unifying, and facilitating semantic interoperability. Amelie Gyrard and Martin Serrano recount use cases from smart cities as proof of concept.

No systems interoperability solution will work without trust among cooperating entities. The final article in this month’s theme recognizes that trust management is a key issue that must be addressed when working with independent stakeholders. In “Trust Management Framework for Internet of Things,” Yefeng Ruan, Arjan Durresi, and Lina Alfantoukh describe a general trust management framework aimed at helping interacting agents (devices) evaluate trustworthiness. The authors use a simulation of a food nutrition analysis as an example. They also consider two possible types of attacks and show how to use different trust factors or environments together to alleviate damage.

Representatives of the Port of Valencia, Spain, talk about their need for interoperability among IoT devices.

In this video from the INTER-IoT project, representatives of the Port of Valencia, Spain, talk about their need for interoperability among IoT devices. With an annual traffic capacity of around 4.4 million shipping containers, the Port of Valencia is one of the busiest in Europe, according to the World Shipping Council. The video features Miguel Llop, the ICT director at the Valenciaport Foundation, and Ivan Deosdad, the project director for the Noatum Container Terminal Valencia.

In these interviews, six experts from IoT-oriented businesses share their knowledge, perspective, and predictions about the future of IoT interoperability.

Managing heterogeneity has always been challenging, regardless of research area, but the task is even more difficult when contending with billions of interconnected devices that must communicate seamlessly. Obviously, standardization could solve several of these issues, but no such standardization is likely to materialize in the near future. Therefore, current research must focus on voluntary interoperability, which can enable IoT platform and device integration through non-standard—yet effective—approaches. By highlighting how many open questions remain, we hope that this Computing Now theme has sparked your interest in pursuing related research.

Giancarlo Fortino is a professor of computer engineering at the University of Calabria, an adjunct professor of computer engineering at Wuhan University of Technology, and an adjunct senior research fellow with the Italian National Research Council. He has published more than 300 research papers and is an associate editor of four IEEE journals. Fortino is a founding co-chair of the IEEE Systems, Man, and Cybernetics Society (SMC) technical committee on Interactive and Wearable Computing and Devices and is the chair of the Italian chapter of the IEEE SMC Society. He is co-founder and CEO of SenSysCal, a spin-off of the University of Calabria that is engaged in advanced applied research and development of IoT systems. To reach him, visit http://si.deis.unical.it/~fortino/.

Maria Ganzha is an associate professor in the Faculty of Mathematics and Information Science, Warsaw University of Technology. She has an MS and a PhD in Mathematics from the Moscow State University, Russia, and a Doctor of Science from the Polish Academy of Sciences. Ganzha has published more than 140 research papers, is on editorial boards of six journals and a book series, and has been invited to program committees for more than 100 conferences. To reach her, visit http://pages.mini.pw.edu.pl/~ganzham.

Carlos Palau is a full professor of telecommunications at the Polytechnic University of Valencia and has an MS and PhD in telecommunication engineering from the same university. Palau has published more than 140 papers and participates in more than 100 conferences. He is actively involved in international research projects and is a coordinator of the H2020 INTER-IoT project. To reach him, visit http://personales.upv.es/cpalau.

Marcin Paprzycki is an associate professor at the Systems Research Institute, Polish Academy of Sciences. He has an MS from Adam Mickiewicz University in Poznań, Poland, a PhD from Southern Methodist University in Dallas, Texas, and a Doctor of Science from the Bulgarian Academy of Sciences. He is a senior member of IEEE, a senior member of ACM, a Senior Fulbright Lecturer, and an IEEE CS Distinguished Visitor. He has contributed to more than 400 publications and has been invited to the program committees of over 500 international conferences. He is on the editorial boards of 12 journals and a book series. To reach him, visit http://www.ibspan.waw.pl/~paprzyck/.