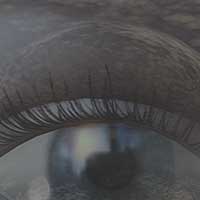 This issue of Computing Now presents highlights of the 2015 IEEE Visualization (VIS) conference, held from 25 through 30 October in Chicago. As our 2014 and 2015 Computing Nowtheme articles have shown, the field of visualization continues to grow as data science advances across many arenas. For the first time, VIS 2015 featured sessions on visualization content published in IEEE Computer Graphics & Applications (CG&A), with articles showcasing visualization techniques and real-world applications.

The six articles in this issue of Computing Now represent the best visualization research in 2015. Some demonstrate successful novel technologies to solve challenging big data problems, whereas others represent real-world applications of visualization.

Four of the articles appeared in IEEE Transactions on Visualization and Computer Graphics (TVCG) and received a best-paper award or honorable mention at VIS 2015.

Visualization processes typically consist of a number of elementary workflows. David Schroeder and Daniel F. Keefe’s “Visualization-by-Sketching: An Artist’s Interface for Creating Multivariate Time-Varying Data Visualizations” focuses on the disseminative-visualization workflow. They address the conflicting requirements for “enabling the flexibility and creativity of visual design” and “maintaining the integrity of data visualization” by allowing human users to sketch a design and letting the computer figure out the mapping from data to visualization and then paint the canvas above the data.

In “VA2: A Visual Analytics Approach for Evaluating Visual Analytics Applications,” Tanja Blascheck and her colleagues tackle the conundrum of building an analytical tool that analyzes another analytical tool’s utility.  When a visual-analytics tool is in use, users’ performance data are captured by eye-tracking devices, interaction logs, and thinking-aloud protocols. The team developed another visual-analytics tool to analyze users’ behaviors such as navigation paths and eye-interaction-thinking patterns.

Visualization of network data has been a technical challenge for decades. In “HOLA: Human-like Orthogonal Network Layout,” Steve Kieffer and his colleagues investigate the classic problem of automated generation of orthogonal network layouts. In particular, they present an empirical study to capture humans’ aesthetic judgments about a given set of layouts, which are then translated to criteria used by an automatic layout algorithm.

In “Reducing Snapshots to Points: A Visual Analytics Approach to Dynamic Network Exploration,” Stef van den Elzen and his colleagues tackle the challenge of visualizing a network’s temporal dynamics. Their approach encodes a temporal snapshot of the network as a point in a high-dimensional space, which is then projected onto a 2D display using dimensionality reduction. The movement of the point in space thus encodes the network’s important temporal changes.

We also recommend two inspirational CG&A articles that exemplify the deployment and impact of visualization techniques in real-world applications.

Industry Perspective Video
Bongshin Lee of Microsoft Research provides a look into the visual-analytics work her team is doing to help help people understand “the quantified self” data.

In “A Visual-Interactive System for Prostate Cancer Cohort Analysis,” Jürgen Bernard and his colleagues present a system to assist physicians studying some 16,000 patient cases, including presurgery, histological, clinical, follow-up, and quality-of-life data. Equipped with a range of statistics graphics, the system lets physicians define and analyze cohorts of prostate cancer patients. This research provides an important tool for enhancing physicians’ analytical capability in their effort to improve prostate cancer research and treatment.

For our 2016 industry viewpoint, we feature a contribution in the emerging area of personal visualization. Bongshin Lee of Microsoft Research provides a glimpse of her team’s visual-analytics work in helping people understand “the quantified self” data. The quantified self is a movement to incorporate technology into an individual’s daily life. For individuals to handle their own data on inputs (for example, food consumed), states (for example, blood oxygen levels), and performance (for example, physical exercise), personal visual analytics is indispensable in empowering people to analyze and visualize biometrics and other personal data collections. We hope you’re inspired by her demonstration of personal visualization tools that illustrate what might become ubiquitous in the future.

These articles originally appeared in two IEEE Computer Society publications. We encourage you to follow further developments in visualization through TVCG and CG&A. We hope you enjoy reading the articles and viewing the video in this selective snapshot of current visualization trends.

Theresa-Marie Rhyne is an independent visualization consultant. She’s a member of Computer’s advisory panel, the Visualization Viewpoints editor for IEEE Computer Graphics and Applications, and a member of the Computing Now advisory board. Contact her at theresamarierhyne@gmail.com.

Min Chen is a professor of scientific visualization at the Oxford e-Research Centre at the University of Oxford. He was the associate editor in chief of IEEE Transactions on Visualization and Computer Graphics from 2011 to 2014. Contact him at min.chen@oerc.ox.ac.uk.