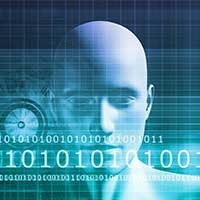 Held in Baltimore in October, IEEE VIS 2016 consisted of the following conferences:

The week-long event leveraged a close partnership with IEEE Transactions on Visualization and Computer Graphics (TVCG) and IEEE Computer Graphics & Applications (CG&A); authors of 33 articles in these two publications presented their work, and 100 high-quality papers were accepted and published directly in TVCG.

The first three articles were published in TVCG and received the best paper awards during IEEE VIS 2016. The final two are inspirational articles from CG&A.

In “An Analysis of Machine- and Human-Analytics in Classification,” Gary K.L. Tam, Vivek Kothari, and Min Chen present an intriguing theoretic analysis of two case studies in which classification models developed with human soft knowledge performed better than models derived entirely from automated machine-learning. Using information-theoretic measurement, they estimate the quantities (in bits) of the human soft knowledge that were available using visual analytics in the model development processes. They conclude that developers should not ignore such soft knowledge, because it provides an abundance of extra information.

An interactive visualization display requires an articulated specification to update the visualization dynamically in response to streaming data and user interaction. In “Vega-Lite: A Grammar of Interactive Graphics,” Arvind Satyanarayan and his colleagues replace conventional programming languages and visualization APIs with a grammar designed specifically for graphics and interaction. They have released Vega-Lite as an open-source system that is now available for download here.

Kitware’s Visualization Toolkit (VTK) is an open-source software system for 3D computer graphics, image processing, and visualization that has benefited thousands of projects over the past two decades. Kenneth Moreland and his colleagues describe the development of VTK-m in “VTK-m: Accelerating the Visualization Toolkit for Massively Threaded Architectures.” Designed to address increasing demands related to very large datasets and parallelism in high-performance computing, VTK-m enables visualization software transformation from VTK to emerging processor architectures with fine-grained concurrency. VTK-m will be integrated into existing visualization tools, such as VTK, ParaView, and VisIt, to improve their performance on multi- and many-core devices.

Having now reached nearly every discipline, visualization applications can significantly impact everyday life. “A Decision-Support System for Sustainable Water Distribution System Planning” describes one such application: a decision-support system for expert users in urban water and waste management. Alina Freund and her colleagues explain that, using interactive visualization, these experts can explore options when preparing water resource management plans, as well as create effective visualizations for conveying meaningful information to decision makers and other stakeholders.

We hope you enjoy the articles and video in this snapshot of current visualization trends, and we encourage you to follow further visualization developments through TVCG and CG&A.

Theresa-Marie Rhyne is an independent visualization consultant. She is the Visualization Viewpoints department editor for IEEE Computer Graphics and Applications and a member of the Computing Now advisory board. Contact her at theresamarierhyne@gmail.com.

Min Chen is a professor of scientific visualization in the Oxford e-Research Centre at the University of Oxford, UK. He was an associate editor-in-chief of IEEE Transactions on Visualization and Computer Graphics from 2011 to 2014. Contact him at min.chen@oerc.ox.ac.uk.