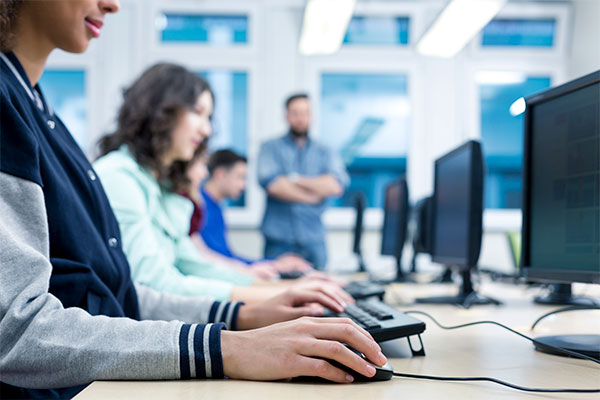 Some days, I wonder if we did the right thing when we decided to bring computers and Internet connections into the classroom. This technology brings a lot of useful information into class discussions but it also brings many tempting distractions. Only the strongest students can sit in front of a computer without succumbing to the temptation to review the news on Instagram, or check the latest scores of sporting events, or send a message to their friends. We have brought the world into our classroom but we are still struggling to engage that world in our instruction.

At one point in global history, we felt that instruction was best conducted in the countryside, where the students would be free from the distractions of urban life. In England, the universities of Oxford and Cambridge were established far away from the capital of London. In the United States, most of the oldest universities started as small rural colleges. Often, they were perched on a town hill, surrounded by fields and cows. Even in China, the great classical academies, the Shuyuan, were usually located far from the major cities so that students could devote themselves to their studies. As we all know, the foundation of Chinese scholarship begins, “Is it not pleasant to learn with a constant perseverance and application?”

American education has an idea that is similar to the first Analects of Confucius. It comes from the writer Thoreau and speaks of needing to study without distractions. “I went to the woods because I wished to live deliberately,” he wrote, “to front only the essential facts of life, and see if I could not learn what it had to teach.”

When computers and networks began to creep into the classroom, I tried to follow the advice of the great masters by trying to eliminate distraction while making these technologies part of the day’s instruction. I would appoint one member of the class to be “The One Who Answers Difficult Questions,” a title that quickly got shortened to “Wiki-lackey.” When we came to a term or idea that the class didn’t understand, I would ask the Wiki-lackey to find the answer on the Internet. What does it mean to refactor a software routine? We turned to the Wiki-lackey. What are the basic properties of an Abelian group? Again the Wiki-lackey was responsible for the answer. When did we start coding with the object-oriented model? We had the Wiki-lackey to provide the right information.

As more and more students brought machines to the classroom, I found that I had more and more Wiki-lackies. Eventually, each question would bring the class to a halt as the entire class started looking for the answers and began to debate what they found. Some people would not find the right answer. Some found ideas that applied only to special cases. We would spend 10 or 15 minutes on each question as the class members would argue about the material that they had found. Eventually, I found that I had to stop lecturing to accommodate the discussion. I would put my lectures into YouTube videos so that the students could see them before the class meeting. Having already heard the lecture, the students could spend the class hour arguing about the basic lessons of the day.

In many ways, technology has not changed the fundamental model of education. Even with the most modern of devices, we still find that classes are just another way that professors lecture to students. The technology may give the professor access to more material. It may give students a chance to test ideas. It certainly gives the professor the opportunity to reach students across the vast reaches of time and space, but it still reduces the teaching experience to a lecture. Even the Massive Online Open Course (MOOC), which has so intrigued some members of the university community, is merely another way to collect and deliver lectures to students.

Twice in my career, I can point to ways in which technology radically changed the classroom. In both cases, computing technology turned the world into a laboratory. It allowed my students to explore phenomena and ideas tactually that were very far from our classroom. It actually turned distractions into a key lesson.

The first experience occurred very early in my teaching career. I walked into a quiet computer lab on a November morning more than 20 years ago. Before I started to lecture, a student raised her hand and asked “Can you explain what happened last night?” The prior day, a student at Cornell University, Robert Tappan Morris, had released a small program, a network worm, that had clogged the Arpanet, the predecessor of the Internet. The story had been reported widely in the evening television, but the reporters knew little about networks and less about how networks operated. Their stories had provided little useful news to my students.

Coming to class with many questions, these students were so engaged in the topic that I decided to turn the day into an opportunity to learn the basic ideas of network protocols. This topic was not the subject of our class. However, it seemed wrong to talk about anything else on this day. So, we abandoned the lecture of the day, and spent our 2 1/2 hours talking about packet switching and the TCP/IP protocol.

The second occurred just a few months ago, when the news reported that a Malaysian Airliner had vanished shortly after it left Kuala Lumpur. In this case, the students received the news as they worked in class. Immediately they started following the reports of the missing plane on Twitter and Facebook. Soon, most of them realized that we had little news about the event and that the social sites were repeating the same idea again and again. The messages were distracting and really seemed to provide little new information.

One of my students decided to turn the event into a chance to study what the people in Malaysia and China actually knew about the event. In her approach, technology made the world a laboratory that she could use to study the world. In a very short time, she collected nearly 5 million Twitter messages about the airline. A short Python program eliminated duplicates and reduced the data set to a few hundred thousand messages, which was a much more manageable size. With the help of a crowdsourcing firm in California, she was able to categorize and analyze the messages. In the end, the story was sobering. The messages actually transmitted very little new information. However, the authors of those messages desperately wanted to be at the center of the discussion about the missing plane. Almost all of them tried to say that they had seen something new, or that they had a special connection to the flight, or that they knew something that no one else knew. Very few were actually interested in reporting on the event accurately.

If technology is bringing the world into our classroom, then we have the obligation to study that world. We can’t simply treat it as a distraction. However, when we use technology to study the bigger world, we are still engaged in a kind of lecture. The world presents its lessons and we try to understand what it is saying. That is what it means to study in the global classroom.