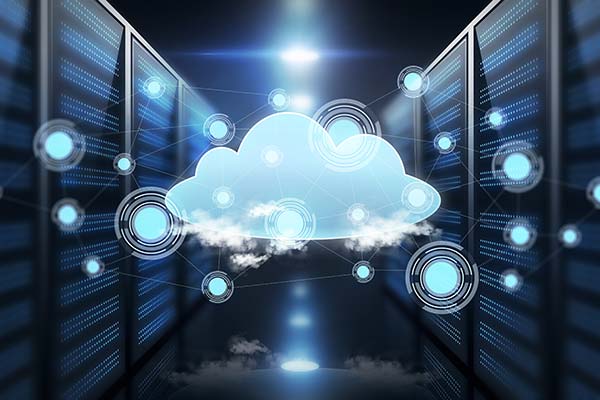 Over the past four years, I have been watching the computing community struggle with the name “cloud computing.” When the term first began to appear in the literature, many of my colleagues resisted the name because they claimed that there was no new technology behind it. Some went so far as to claim that it was nothing more than the old concept of time-sharing from the 1960s. “It’s a fad,” they claimed; “It will pass.”

A few others, a bit more insightful, argued that the term cloud computing was really a business term and not a technical term. To them, it represented a class of services that was being sold on the market. At the time, cloud computing was a US$93 billion market, growing at 15 percent per year, but this fact did not impress this group. They argued that the underlying technology was that of distributed computing—specifically, that cloud computing was nothing more than a variant of the grid computing model, a model that used virtual machines and network of processors. Because they had already identified grid computing as an important form of technology, they felt that they did not need to give the field a new name.

From the start, the cloud was clearly an outgrowth of services computing, a form of computing that delivered software or platform or infrastructure services to customers. As part of this heritage, cloud computing dealt with three elements that are not commonly part of grid technology: markets, dataflow, and governance. Cloud providers had to design their systems to respond to the market for these services, to expand when demand was high, and to contract to a more efficient level when demand was low.

In the cloud, the dataflow issue has proven to be far more complex than the simple tasks of connecting clouds with a network. It is cheaper to compute with data than to move data from site to site. In many settings, it is cheaper to move processes than to move data. Rather than move great collections of data, much of which might not be used, it is often easier and quicker to move processes from cloud to cloud so that they can find the data that they need.

Finally, the issue of cloud governance has proven is perhaps the trickiest, as it defines the responsibility of every member of the cloud environment. Unlike time-sharing, which is indeed an ancient ancestor of cloud computing, cloud providers rarely offer a single unified set of services to their customers. Indeed, many customers need to combine data from one source, standard hosted software at another cloud, and custom software running on a third cloud, with API calls to fourth or fifth or sixth cloud services. In such an environment, every element affects the final outcome of the process, and cloud owners bear their responsibility for final outcome.

In the IEEE Computer Society, the debate over the name cloud computing took two years, a period in which the value of the cloud computing market grew from $93 billion to $120 billion. No one event forced the society to embrace the term. However, the events of that period slowly convinced those opposed to the name to embrace the new concept. Those that weren’t convinced by the growth of the cloud market were impressed by the fact that other institutions were starting cloud initiatives. By 2013, enough of them were convinced of the value of the name to accept it.

Of course, the process of choosing names and formalizing fields never stops. Long before “cloud” was accepted in the computing community, other words were vying for attention: Intercloud. Intracloud. Multicloud. Hybrid cloud. Most of these names merely describe elements of the cloud architecture and would not be used independent of cloud computing. “The trend has been to leverage clouds as complex, highly heterogeneous, and distributed architectures,” explains David Linthicum, a columnist with IEEE Cloud Computing. Hence, members of the field have to explain that field to others.

Already, the computing literature is identifying ideas as if they are going to be the next step beyond cloud computing. One potential candidate is the concept of fog computing. “Fog computing is a paradigm that extends cloud computing and services to the edge of the network,” explains a pair of IEEE authors. At some level, it combines the basic architecture of the cloud computing with the ideas of peer-to-peer networking. In the fog, more computing is done on local machines, more data is stored in small systems, and more work is done away from the central machines. The term had a surge of usage in 2012 and 2013. It might be the name of a new field or it might be subsumed back into cloud computing. If it doesn’t mean something to the general computing community, it will just be another element of a well-established field.

In trying to assess the future of the cloud, we can see enough activity in the literature to suggest that the field has five or six years of substantial research ahead of it. The field needs standards and algorithms to manage load, transfer data, protect information, and address complexity. However, as with other computing fields, the term “cloud computing” might ultimately come to identify a certain class of problems that have little connection to the current cloud architecture.

Many fields have taken this path. Once they identified a specific, narrow topic, but eventually they expanded far beyond their original borders. High-performance computing is an example of this phenomenon. Once, it largely dealt with problems of scientific computing—the rapid solution of large systems of partial differential equations, for example. However, it now applies to a large class of processors and problems that are often closer to the problems faced by researchers of cloud computing than by individuals who are trying to model the atmosphere or study subatomic particles.

Indeed, of the top 500 high-speed computers, almost a third of them might be better characterized as data centers or parts of the cloud. The 76th fastest computer in the world belongs to a Chinese Internet Service. The 110th is owned by a Global Internet Company. The 134th is owned by a Web hosting service. All are high-speed systems, but they are not the kinds of systems that founded the field of high-speed computing.

Computing is a dynamic field and will likely remain dynamic for some years to come. The new fields emerge when there are enough problems in one area to attract researchers or enough profit to attract investors, or both. Like a newborn child, they receive a name from their parents with the consent of their community. They will hold that name long after it has grown to maturity and moved on to other things.