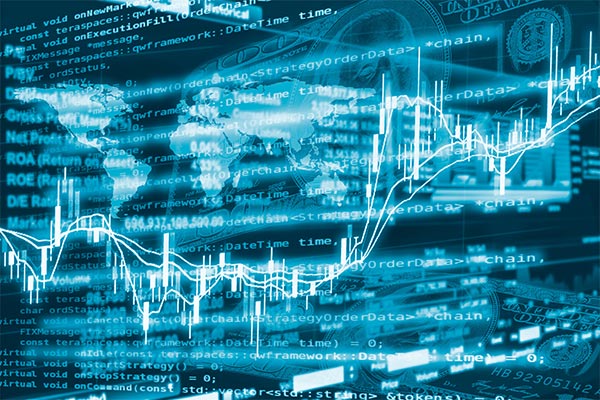 Should you ever go to the Consumer Electronics Show in Las Vegas, you can easily get confused and start to think that this is the place where technology leaves the laboratory and marches into the world in order to improve society. The show tells you that electronic technology is the most important force in the world today. It offers hundreds of talks and thousands of exhibits about the newest products and the most innovative services. Over 150,000 people attended the show, looking for the ideas that will shape the future. If they had looked carefully enough, they would have seen that the Consumer Electronics Show not only reveals the value of electronic products, it also shows how the market shapes research and how our technology is moving to incorporate economic ideas.

At the Consumer Electronics Show, IEEE holds a comparatively small meeting for the engineers who develop consumer technology or research the fundamental ideas behind consumer electronics. Called the International Conference on Consumer Electronics or ICCE, it is actually quite large by IEEE standards. This year, the ICCE focused on five technologies that should have substantial impact on society. All involved are based in computing technology and all demonstrate how computing is embracing ideas from economics and political science and sociology. The four technologies were the Smart Grid, Green Information and Communication Technology(Green ICT), Smart Transportation, and Life Sciences Technology.

At first glance, none of these four technologies seem to be a consumer product. However, they all are part of the consumer market in a fundamental way because they all involved sharing an expensive resource among a large group of people. The Smart Grid, for example, is merely a way of trying to share the infrastructure for generating, transmitting, and distributing electrical power among the citizens of a country, though perhaps within our lifetimes, we will be thinking that electricity is a global resource that is shared among the population of the entire Earth.

In a similar way, the research on Green ICT is focused on the problem of reducing the energy consumption of our computing and communications infrastructure so that more people can share these resources. The topic of smart vehicles includes many different problems, including that of building and deploying autonomous vehicles. However, at base, it, too, is working on the problem of allowing more people to use the worlds streets and roads more efficiently and with greater safety.

The last of these subjects, healthcare, is one of the largest categories of consumer spending in the globe. It accounts for 10 percent of the Gross World Product. It is also an expensive service. Doctors are expensive to train, medical records are expensive to maintain, and hospitals are expensive to build. Much of the current research into life sciences technology looks at ways of better sharing the underlying medical infrastructure and making it more efficient and more accessible to the consumers of medical services.

Software engineering is not really a form of electrical engineering, though many in IEEE believe that it is. Software engineering is derived from production engineering, the field that designs and operates factories. If you look at the ideas of software engineering, you can see references to the work of Henry Ford, Walter Shewhart, W. Edwards Deming, and Kaoru Ishikawa. Even though the software has its origins outside of electrical engineering, it was developed and codified by IEEE Computer Society. Beginning in the 1980s, the Computer Society created a set of standards that described how to engineer quality software. The first of these was IEEE 730, a standard that describes how to write quality assurance plans. The most recent is the newest version of the Guide to the Software Engineering Body of Knowledge (SWEBOK), which was released at the end of 2013.

Because software engineering has its origins outside of electrical engineering, it has easily absorbed ideas from other fields. Over the past two decades, it has been absorbing the ideas of market-based controls, of using market forces to guide the decisions of consumers. All of the four new technologies involve some application of market mechanism. The Smart Grid puts the market at the center of its operation. It attempts to build a detailed picture of electrical generation and usage. It involves the detailed monitoring of power plants and transmission lines as well as smart meters that follow the operation of all appliances within a building. These meetings record not only how much electricity a specific appliance uses, it also notes when that appliance was used. This information is assembled in a database to create market incentives that will encourage consumers to use electricity when it is plentiful and conserve it when power is dear.

The other new technologies make similar use of market mechanisms. While Green ICT involves many kinds of technologies to minimize power consumption, it also utilizes markets to encourage consumers to use computing and communications services in ways that makes the best use of the infrastructure. The same is true of smart vehicle technology. While the proponents of smart transportation have been promoting the accomplishments of the researchers who have been working on autonomous vehicles, they have also been deploying systems that make use of markets to get the most out of expensive roads and bridges. Perhaps the most well known of these systems is the one that monitors traffic in central London.

The use of market mechanisms in Life Sciences Technology is tricky, as it can be criticized as a means of rationing healthcare or perhaps of giving the wealthy access to doctors while denying the same treatments to the poor. In fact, researchers are looking at market-based controls to encourage patients to follow medical advice. This is one of the most common problems in healthcare systems. Doctors will provide sound advice to their patients, but the patients will not follow that advice. As often as not, they forget to follow the advice or they find some other activity more engaging. By monitoring what patients do, the healthcare system can provide incentives that encourage patients to keep themselves healthy and avoid returning to a hospital.

The presence of market mechanisms in computing problems has bothered some computer scientists. I have talked with researchers who claim that such mechanisms are not part of real computer scientists. To them, real computer science is centered on the issues of algorithm design, of solving difficult problems in ways that run quickly and make minimal use of resources. To others, such mechanisms seem to reverse what they see as the natural order of things. They almost allow the customers to enter the laboratory and make recommendations to the researcher.

At the Consumer Electronics Show, I had a lengthy talk with an engineer who felt that the consumer market distorted computer science. It encouraged engineers to work too quickly in order to get products to the market, to use suboptimal algorithms to get services operational, and to think about present profits rather than planning for the future. If he had the power, he said, he would recall most of the smartphones on the market, shut down the Internet, and replace the most popular form of machine controller. We need to rebuild these things properly, he argued, following good engineering principles.

I certainly agreed with him on the need to build things according to good engineering principles. We have plenty of ways to improve the systems we build and the software we code. However, the Consumer Electronics Show is a fixed fact among us. We can’t dictate how consumers will act or what decisions they should make. At best, we can build systems that create good markets to help them make good decisions.