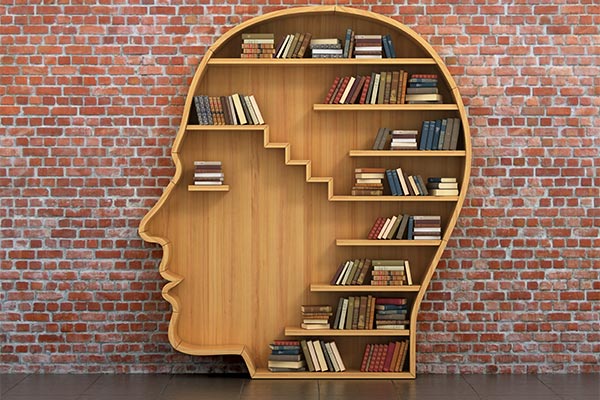 I wish I could say that I had been the peacemaker, but there was little peace to be made. We had gathered to discuss how we might develop the field of mobile computing but before 10 minutes had passed, we were in an argument that threatened to split the group. The battle line fell the way that it usually does in the IEEE Computer Society, splitting the university professors from the industrial engineers.

The cause of the fight was not especially interesting. It had started with a remark by an academic that had slightly offended a practitioner, or perhaps it was the other way around. We eventually calmed the two individuals and were able to complete the meeting. However, long before the end, I had begun to believe that the two groups, academics and industrial engineers, are not really natural allies, even when they are working in the same part of the field.

The conference for industry and business professionals proved to generate the greatest discussion. First, the name of the meeting proved to be controversial. I will admit that I am not especially fond of title “Rock Stars of Mobile Cloud Conference,” but I also realize that my objection is fairly silly. To me, the name suggests that the speakers will be dressed in stretchy spandex costumes, and will be strutting on the stage. Loud music will fill the hall and flashing lights will obscure all the PowerPoint slides. Of course, the conference didn’t include any of those things. However, I can’t get that picture out of my mind.

Once we had gotten past the name, we quickly uncovered the real disagreement between the two groups. However, uncovering the problem is not the same thing as defining the problem. For most of the meeting, no one could really grasp why we were arguing. We were talking about a common technology, mobile cloud. The academics tried to claim that the business people were trying to dilute the conference and present shallow and superficial ideas. The business people rejected that idea instantly and countered that the academics were living in a fantasy world that had nothing to do with reality.

At several points, I was tempted to interrupt the discussion and say “The problem is not in the subject matter, it is in the epistemology,” but I kept quiet. I have found that I usually get into trouble when I starting using complex words and fancy ideas. The other people at the meeting will make fun of me for using big words and claim that I am only making things more complicated than they should be. They are probably right. However, any professional group in computing runs into the problem of epistemology, the problem of how to organize knowledge. Academics organize knowledge one way. Business people organize it another. The two kinds of organizations are not really compatible.

At some level, you can summarize the difference between academic knowledge and practical knowledge by claiming that academic knowledge is supposed to be timeless while practical knowledge is supposed to be timely. Academics view themselves as building theories for how things work. When they do research, they are trying to demonstrate the basic truths of this theory and extend it to cover a new class of problems. They strive to make a contribution that will stand for all time and will provide a foundation for further work.

By contrast, business is looking for knowledge that will solve the problems that they face now. They judge the quality of the work by the number of settings in which it will work. Will a certain idea create just one new feature or might it create dozens of features in multiple settings? Is it the kind of thing that can be used by one company or many?

Of course, this description of the two different ways of organizing knowledge is simplistic. Academics want knowledge that is at least a little timely. If they look too far into the future or back too far in the past, no one will pay attention to what they are doing. In a similar way, business people want ideas that will be useful for at least a certain period of time. They don’t want to have an idea that will work this week but will fail to work next week.

If you review the kind of material that we have been presenting to the industry and business professionals on the subject of Mobile Cloud, you can see that it focuses on the kinds of problems that application developers are facing this month and this year. It offered best practices, such as minimizing the number of DNS lookups, compressing data, and managing the time it takes for JavaScript to parse code. These ideas addressed the concerns of many developers. They are widely applicable. They are technically sophisticated and represent a substantial addition to knowledge. However, they won’t change the way that we think about computing in any fundamental way. They are not a new theory.

In computing, theory and practice have been talking to each other for over 60 years. At times, they seem like neighbors that have little in common. They appear to be involved with different worlds even though they seem to be concerned about the same problems, use the same vocabulary, and describe things with the same concepts. For much of that period, theorists and practitioners have been engaged in a somewhat friendly competition. Each tries to claim that they hold the dominant position in the field. The theorists try to establish that their work leads to new applications. “From Laboratory to Business” has been their motto. The practicing engineers retort that they are the ones who actually advance the field. They solve the real problems in computing and are glad to let the academics try to build a theory to explain results that everyone already knows to be true.

We held the first Rock Stars of Mobile Cloud this spring in Boston. It had strong attendance and won’t be the last conference we hold for this audience. This year, IEEE Computer Society will also host Rock Star conferences on cybersecurity, big data analytics, and 3D printing. Last fall, we held a Rock Stars of Big Data conference in Silicon Valley. While we certainly want theorists to talk to practitioners and practitioners to talk back to theorists, we see a lot of advantages in having different conferences for each group. While the two communities share common words and even common ideas, they have different ways of organizing knowledge and we need to support both.