Ghosts in the Machine
By David Alan Grier 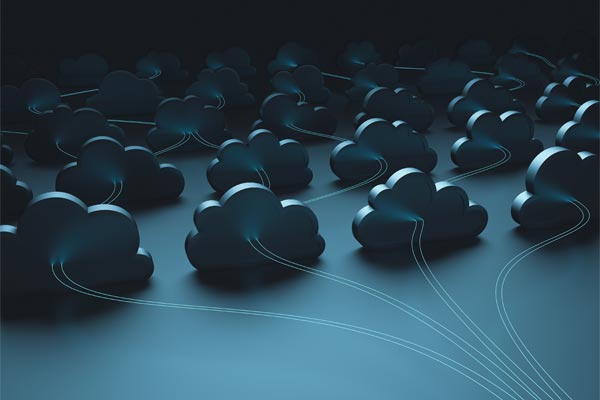 The themes for this year’s China National Computing Congress were easy to predict. The current issues for computing emerged about five or six years ago. Cloud. Privacy. Big Data. Mobile Platforms. Security. Parallel Architectures. Yet, it was a map program that prepared me for the discussions at the meeting, for that program revealed a ghost in the machine, an old idea that has become a crucial issue with the new technologies.

I was using the mapping program in order to get a better understanding of Zhengzhou, the site of the congress. To be honest, I was not particularly familiar with the city. I knew that Zhengzhou was in the middle of China and that Henan province had been one of the areas in which Chinese culture had originated but I did not know exactly where it was or what to expect when I arrived. I suppose that I could have done a little research before I left my home in Washington, but like everyone else, I had to make choices about how to use my time. I didn’t start my research until I found myself in my hotel room and wide awake at 3:00 in the morning.

Unable to sleep, I decided to do a little research on Zhengzhou. I started with a map program and began to scan the area. The program itself was unfamiliar to me, as it was not the one that I normally use. However, it allowed me to explore the area and identify specific neighborhoods. I found the new airport, the downtown district with the local history museum, and finally, the convention center. As I tried to expand the map of the convention center, the ghost briefly appeared. At a specific resolution, the center disappeared, the adjoining lake vanished and the neighboring hotel disappeared. In its place was the picture of a small airport with a single runway.

I tried to get a better view of airport but as it did, it faded into a picture of the convention center. Instead of seeing a picture of straight runways, I was following the curved path around the lake. With a little effort, I could find the map of the airport, but I could get it only at a specific place and for a narrow resolution. It truly was a ghost in the data, a map from a time before the construction of the convention center or one from a place that somehow got confused with Zhengzhou.

In listening to the talks at the Chinese National Computing Convention, I heard many presentations that offered new and exciting ideas but also revealed memories from the past. Perhaps the most obvious was the talk by Lei Jun of Xiaomi Tech. Watching him address the plenary session on the second day, you see the ghost of Steve Jobs in his presentation. He discussed technologies that would change the world, just as Jobs once did. Also like Jobs, he was answered by the enthusiasm of the audience. It has been a long time since I have seen I have seen computer professions rush to the front of an auditorium in order to get a picture of a speaker.

The main topics of the congress were ideas that have been developing for at least a decade: mobile computing, network security, privacy, cloud computing, big data. I was most interested in the discussion of cloud computing, as that subject seems to be moving firmly into maturity.

Six years ago, the leadership of IEEE Computer Society started debating how it would approach cloud computing. A few of the leaders felt that it would soon be an important topic for the society but they were met with substantial resistance. This resistance came from several different groups. Some felt that cloud computing would merely be a form of commercial computing and would generate no independent body of knowledge. Others felt that it was merely a form of distributed computing, which was already represented within the Computer Society. One group argued that cloud computing was merely a new name for services computing, which was covered by a recently formed transactions. If you were to make a prediction based on how the Computer Society were discussing cloud computing in 2008, you could have easily concluded that the organization would never do anything in the field.

The discussions of the Computer Society leadership are important but they often lag behind the actions of the membership. While the leaders were trying to decide if they should embrace cloud computing, the members were actively exploring the topic and trying to see if it was indeed something that the society should support. For three years, they organized academic conferences on the subject of cloud computing. Conferences are fairly easy to create. To create a conference, members need only present some evidence that the subject interests society members and have a business plan that satisfies the conference board. The members offered two conferences in Cloud Computing in 2009, four in 2010 and 10 in 2011, and 18 in 2012.

In 2012, the Computer Society leadership was finally convinced that Cloud Computing was going to be an important subject and created two periodicals on the subject. The first was an academic transaction. The second was a professional magazine. Periodicals are harder for members to create than conferences. They require members to submit a proposal to a two stage process. In the first stage, they have to submit a proposal that defines the scope of the new periodical and get the agreement of all the current IEEE editors. That is generally a long and messy stage. Almost all editors will see a new periodical as a competitor and give their approval only reluctantly.

Once they organizers of the new periodical have the agreement of the editors, they submit their proposal to the second stage, which requires a careful business plan. Only after the proposal has passed through both stages of review, the members can start work on the new periodical. In all, this process usually takes about two years.

Of course, the field of computing does not stand still while the periodical is being approved. Researchers develop new ideas about the field. Engineers build new products. Companies offer new services. By the time IEEE was ready to publish cloud periodicals, the field of cloud computing had changed substantially. In 2009, most of the cloud computing papers were on technical issues: architecture, software, protocols, security, virtualization. Just four years later, when IEEE published its first cloud transactions and magazine, many of the papers concerned managerial issues: scheduling algorithms, brokerage strategies, pricing algorithms, cloud contracts, assessment metrics.

In 2013, the old topics of cloud computing had not entirely vanished but they had become the ghosts in the machines. They were only visible once you moved past the new topics of research, once you could see the field at the right scale. Cloud security was the most prominent of the old ideas but security remains a key concern in the field of computing. The other topics, cloud protocols, cloud architecture, and even the concept of the inter-cloud, once an idea that was widely discussed, were barely visible in the new periodicals.

The story of the new IEEE periodicals on Cloud Computing reminds us how quickly technical fields change and how badly we predict the details of the future. However, it also shows us the great difficulty facing professional organizations. Though they are created to organize knowledge, professional societies often have great difficulty identifying the knowledge that will be important in 15, 10 or even five years into the future. They cannot anticipate the ideas that will captivate future researchers and developers. At best, they can create structure for a new field, such as cloud computing, that resembles the kind of organization framework that they have used in the past and hope that this structure will bring some order to that new field.

In the process, we know that these efforts will not be enough. They will focus too much attention on problems that have been solved, too little on problems that remain open, and they will occasionally lose track of a few key ideas and let them wander through the literature like ghosts in the machine. These ghosts may no longer be part of the field, be that field cloud computing or any other new technical subject. However, they once help define that field and helped many a researcher organize their thoughts about new technology and many a developer create new products and services.