Exciting technology advances continue to emerge, seemingly nonstop, enabled both by those at the cutting edge of high-tech, and by those who are adapting those developments to make them useful in our everyday world. The list below reflects my somewhat subjective view of the current top 10 overall tech trends, including the role of displays in making them viable and accessible for consumers. 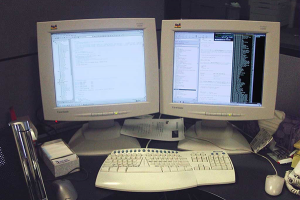 (1) Artificial Intelligence/Machine Learning
With the advent of home-control gizmos such as Google Nest, the public is becoming increasingly reliant on their artificial intelligence (AI) capabilities. This has triggered development efforts for a slew of competitive products – companies in the hunt for a share of this lucrative market include Apple, Lenovo, Alibaba, Amazon, Google, LG and Samsung. This will be an ongoing battle, particularly as the interaction and connectedness with various home security, entertainment and control systems continues to tighten and become more intuitive. Displays are now entering the equation – as evidenced by Amazon’s newest Echo incarnation, the Echo Show. Just as phones evolved into full communication hubs, the Show now enables Echo to be a digital photo frame, a small TV, a video-calling hub, and more. In China, Alibaba offers the Tmall Genie that addresses this application. People want to connect and interact visually, and this is something we’re going to see more of in the display development arena.

(2) Robotics
This trend will explode within the next few years. Currently, two types of robots are in use: those that look like machines, and those that more resemble a person. The latter type includes displays that facilitate interface with humans – often, as with Robotelf Technologies’ Robelf, they show facial expressions. While all robots include some means of interface, people want visual confirmation of their interaction. In some environments, people may prefer to deal with a machine rather than a potentially rude or judgmental “service person.” Self-service kiosks and ATMs at airports and banks have already proven our preference for working with machines. Having personal robots in a hotel room can automate requests such as asking for towels, ordering room service, etc. Soon you might be waited on by a robot in a restaurant. In human-interface applications, the display plays a significant role: large, aesthetically pleasing, interactive displays are desired; they have to be able to pass rigorous mechanical bump and vibration tests; and their specs are likely to be similar to those of automotive displays.

(3) Augmented Reality/Virtual Reality
The market for these technologies is growing quickly as new applications emerge. For VR to be fully immersive, the visual presentation must be exceptional, allowing users to truly “believe their eyes.” To this end, high-resolution displays (the more pixels, the better) are being created to address users’ needs. Haptic actuators and sensors are also being integrated into VR gloves to enhance the realism of the experience – broadening the technology’s application beyond gaming. Some wide-ranging examples include car sales (test driving in different environments); real estate purchases (virtual property tours); travel opportunities for those with physical or other limitations; and virtual amusement park rides. In AR, Vuzix is one company already shipping product into different applications. Its AR smart glasses allow the user to see what’s in front of him or her while providing a notification about a potential problem. This is helping transform the work environment for those in manufacturing, mining, construction, mechanical maintenance, and firefighting, to name a few. 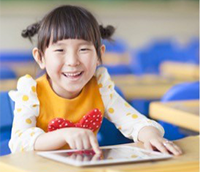 (4) Electronic Schoolbooks
Educators, parents and governments want children to have access to knowledge from anywhere, at any time. While traditional books are great for learning math, they don’t give the ability to view or learn from, say, a groundbreaking TED talk. China is taking a leading role in satisfying this thirst for education by enabling widespread use of eSchoolbooks – more than 100 companies are pursuing this vision in the region. An eSchoolbook is essential to keep up with reading and learning, by maintaining access to the latest and best information. What is the ultimate display for an eSchoolbook? Medical professionals have expressed concern about young children using devices with emissive displays, as it may harm their eyesight. Several device manufacturers already offer filters for blue light, and in Canada, some insurers are already offering free prescription glasses that filter blue light. Reflective ePaper is a potential choice for eSchoolbooks. The new ePaper 2.0 has all the advantages of traditional ePaper, including low cost and power consumption, as well as outdoor usability – with the addition of video and color, which are must-haves for eSchoolbook applications.

(5) Automotive
We are seeing many, many developments aimed at improving technology in both human-driven and autonomous cars. This market is providing significant opportunity for organic light-emitting diodes (OLEDs) – they can be used to create better, more vivid displays, heads-up displays, and curved displays, which, thanks to OLEDs’ flexibility, can be placed in unique ways to avoid destroying the design/appearance of the dashboard area. In autonomous cars, the front dash won’t need displays, as no one will be sitting there – even Tesla’s Model 3 has no displays directly in front of the driver; the only display is in the center console. Thus, the inside of the car will more resemble an office or sitting room, with displays that can create a conference room atmosphere, others that can be used for writing surfaces, etc. The type of display will change because the needs will be different – they will likely also be adapted to respond to verbal commands and gestures, and they’ll use AI to anticipate users’ needs. While autonomous cars have received negative attention of late, they are still happening, and displays will evolve to meet the new needs in this space.

(6) Writing Surfaces
The world of eWriting surfaces has continued to evolve, with new products integrating established technologies in unique ways. For example, reMarkable’s Paper Tablet touts a lag-free reading, writing and sketching experience for those who love paper, using an ePaper display unencumbered by an OS or apps. Another example is QuirkLogic’s Quilla, a digital alternative to flip charts and white boards. While fully equipped with displays, cameras, conference phones, etc., most modern conference rooms still use traditional white boards. Quilla facilitates team collaboration and interaction, regardless of members’ location. Others jumping on board the move to digitize the white board experience include Google, Cisco and Microsoft – all using LCD technology.

(7) Smart Surfaces
The Internet of Things (IoT) concept is not new, and now that it is becoming truly ingrained into everyday life, efforts are ramping up to employ connectivity in new ways – both large and small. One example, the Amazon Dash, allows the user to simply press a button when it’s time to reorder a staple household product. However, the Dash offers no visual confirmation of the order – and adding a display would do just that. For these kinds of products, a display would need to be small, inexpensive, easy to read, and able to last a long time on the same battery. The kind of ePaper currently being used on shelf labels, made by companies such as Visionect, would be useful for this type of application, as well as for home appliances.

On a larger scale, ePaper for outdoor displays is a growing trend. It can be used in myriad ways – for building signage, bus shelters, advertising on public transportation, and more. These smart surfaces are easily visible, regardless of weather, and their solar-enabled low power and wireless connectivity enable them to provide tremendous value to the user.

(8) Electronic Signage
Indoor signs have traditionally been made of paper, plastic or metal, but LCD has been rapidly replacing them. An exciting trend in this market is flat-panel MicroLED technology. First developed in 2000, MicroLEDs offer bright, beautiful images while omitting the pixelation that occurs with standard LED displays. Samsung provided a glimpse of a MicroLED future at CES 2018 with “The Wall,” its striking 146-inch display that enabled the display to virtually disappear against its background. Although not yet in mass production, MicroLED has the potential to compete with LCD and OLED for both indoor and outdoor signage, such as signs inside shopping malls and retail outlets, and other areas not previously targeted by LED technology. For low-power indoor signage, ePaper also offers many advantages, delivering images that are clear and readable, but not so bright as to be distracting.

(9) Wearables
No longer a fad, wearable technology is here to stay. Sensors play an important role in the wearable space, and are beginning to be designed into gloves, exercise wear, outerwear, and other garments by innovators like BeBop Sensors that offer fabric-based sensor technology. Of the wearable devices such as fitness bands and smartwatches currently available, most do one or two key things users want – typically, counting steps or monitoring heart rate -but they’re increasingly incorporating more complex functionality. With a device that touches the skin, these can include tracking skin temperature, monitoring hydration by measuring skin salt levels, providing blood oxygen level via pulse-oximetry, etc. Because many readings still need to be confirmed by looking at one’s smartphone, the argument to move all functionality to a smartwatch is becoming increasingly compelling, requiring a robust, flexible display that adapts well to a variety of temperatures and environments. China seems to have taken over the lead in this emerging market, with Xiaomi taking the leadership position in this space. Sunlight readability, low power and video capability are all desired in these applications, creating opportunities for existing and emerging display technologies.

(10) Ultimate TV
In the ever-evolving television realm, the two key types of technologies competing for dominance are OLED and liquid crystal display (LCD). OLEDs offer flexibility, vivid colors and lifelike images, while LCDs – still the market leader – are less costly and render a decent image. In addition, some TV makers are using quantum dots (QD) in tandem with LCD to better compete with OLEDs’ color and image quality. Quantum dots are semiconductor nanocrystal particles used to enhance LCD color gamut, rendering as much as a 30-percent increase in the visible spectrum. The easiest way to implement the QD is to coat them to a sheet of film inserted into the material stack. QD can also replace other elements, e.g., the LCD color filter and perhaps even the backlight itself at some point. The battle between these technologies will continue to inform the “ultimate TV” debate for at least the next three years – the industry remains divided as to which will prevail, particularly since LCD keeps finding new ways to maintain its position as the dominant display technology.

One area where OLEDs have gained a foothold is smartphones. As they continue to grow in size and are used increasingly to view both live and streaming video content – becoming their own kind of ultimate TV – phones require the improved flexibility and battery life that OLED delivers. Tablets could also emerge as the ultimate TV: they are mobile, a lot less expensive and yet render a great experience in a single-user setting.

The above list represents a dynamic combination of existing/evolving and new/emerging technologies, with a broad range of marketable applications. At the 55th annual Display Week Conference, May 20-25, at the Los Angeles Convention Center, demonstrations of many of these fascinating technologies and applications will be provided by the industry experts and innovators who are bringing them to life.

Plan now to attend so you can keep up on these trends – and spot new ones in the making.