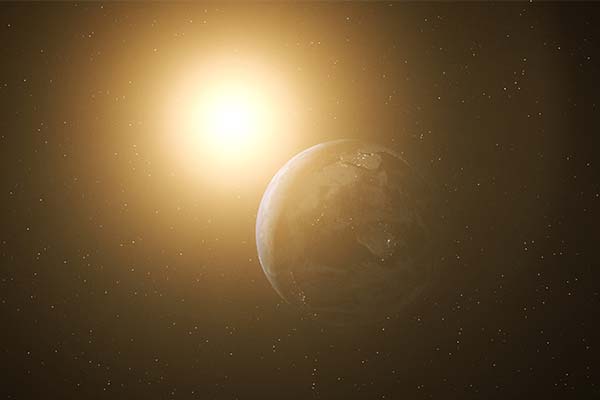 The problem starts when we don’t test our assumptions, when base a project on some idea that seems so fundamentally true to us that we can’t imagine that this fails in some circumstance. The Earth always moves around the sun. The speed of light is always 186,000 miles per second in a vacuum. Why can’t we assume that our software will always be used exactly as we have used it?

The problem began when I attended a colleague’s class when he was attempting to explain the concept of innovation. This colleague, Jeff, is senior and well-respected computer engineer. “Invention,” he explained to the group, occurs when you create something new. Innovation,” here he paused for emphasis, “is the process of solving a problem.”

Academic life is nothing if not brutal. It is, afterall, a process of refining ideas and striving to get closer to the truth. As I felt that my colleagues comments were slightly off the mark, I decided to add my voice to the discussion. Since I was a guest in the class, I decided to be somewhat gentle in my remarks.

“You know,” I said, “that is not the commonly accepted definition of innovation.”

“There is no common definition of innovation,” my colleague responded.

“Joseph Schumpter and Clayton Christensen,” my disagree I ventured, naming the two scholars most associated with the theories of innovation.

“They’re not engineers,” my colleague retorted. “They don’t know what it is like to create new devices. Engineers do the best innovation if they focus on solving problems.”

At that point, I realized that I wasn’t going to be able to contribute anything new to the discussion and decided to keep quiet. I was, after all, the guest. He was the teacher and had his plans for the day. Perhaps he was pursuing a bigger lesson that I did not see.

Innovation has become a much discussed term over the past decade. While it is not directly connected to computing technology it is still closely associated with it. Somehow, we have come to believe that computing technology will create innovation, that innovation will strengthen out economies and that strong economics will make us all rich. While this idea may have some truth to it, it is also built upon some assumptions that need close examination.

The concept of innovation, as we now understand it, comes from the Harvard Business School professor, Clay Christenson. Christensen has popularized the concept know as destructive innovation. By this term, he describes a process in which a new good or service, displaces an existing good or service and expands the market place. At the end of the innovative process, there is a larger market for the innovative product than there had been for its predecessor. There is also more wealth and more people benefiting from the technology.

As an example of destructive innovation, we might consider the old portable music player or mp3 player. The mp3 music player was a device that device that provided the same kind of service as a still older device, the portable cassette tape player. When it was introduced in at the turn of the 21st century, the mp3 player was not really a new device in the sense that the technology behind the player had existed for almost 2 decades. The player relied on a small hard disk, a processor, and the mp3 audio file format. Several companies created such players in the 1990s, including AT&T and South Korea’s Seahan Information Systems before Apple introduced the popular iPod in 2001.

If anything, the novelty of the new mp3 place was found in how it helped people access and organize large amounts of music. Still, the mp3 player was truly a disruptive force. It completely displaced the older technology and expanded the market for music.

Once it was in place, the mp3 player sparked other waves of innovation. It was improved by replaced the hard drive with flash memory, adding a video screen, and incorporating more and more functionality into the player’s software. In the end, only that software remained, as mp3 players were soon replaced by smart phones, devices that could do all that the original players could do and much more.

The theory behind destructive innovation can be traced to Joseph Schumpter, who explained them in his book Capitalism, Socialism and Democracy. In it, he argued that established industrial economies could expand only by transferring capital from poorly performing industries, industries that offered a low rate of return on their investment, to high performing industries, industries that offered higher rates of return. In his view, creative innovation occurred when an idea moved from laboratory to production. In the process, it “incessantly revolutionizes the economic structure from within, incessantly destroying the old” institutions and, incessantly creating a new” ones.

Because there are costs to moving capital, this kind of movement often occurs during a recession, when the economy is performing poorly and investors are starting to look for greater returns on their money. Indeed some economists argue that recessions are an important part of innovation because they force us to recognize when a good or service has reached the end of its life and is about to be replaced by a new good or service.

If innovation concerns the transfer of capital from one technology to another, than it presents a different kind of problem to engineers than it presents to business people. To business people, the transfer of capital is merely part of the business cycle, part of the way that the economy grows and expands. If you are in business and looking to innovate then you try to identify an area that is ready for innovation, a sector of the market that is not returning as much on investment as it might. You would then go in search of technologies that might change that sector. Once you have two or three or four potential technologies, you invest in all of them, knowing if you spread your money across several different ideas you will be more likely to find the successful innovation.

For engineers, the problem of innovation is much trickier. Most engineers can focus on only one technology, only one idea at a time. They have to pursue this idea to see if it is going to develop into a valued product or service, something that will gain the acceptance of the market, displace an old produce and come to dominate a part of the market, at least for a time.

Because innovation one kind of problem to business people and a different kind of problem to engineers, it may suggest that my colleague, Jeff, was had a better description of the innovative process than I believed. To an engineer or a computer scientist, innovation does indeed have a problem solving aspect. That aspect requires the engineer to study their technological ideas in depth, understand their strengths and weaknesses, and ultimately mold the technology into a product or service that will succeed in the market. Technical “personnel with outstanding track records,” explains Clayton Christenson, “will persist in arguing that a new market for the technology will emerge- even in the face of opposition from key customers and marketing and financial staff.”

Yet, to get to that point of being a problem solver, the engineer or computer scientist has to build on the assumption that their work will ultimately be accepted by the marketplace, that people or business will ultimately private a greater return on investment than some existing good or service. In my career, I’ve seen software developers at both ends of the entrepreneurial process. I’ve seen new graduates with clever ideas that they have wanted to pursue and senior leaders who have completed a major contribution. In almost all cases, they credit technology far too much. They believe that good technical ideas will lead to successful innovation and that bad ones will not. Rarely do they recognize that innovation takes place in the context of a market and that the market tends to reward technologies that it believes will have the greatest rate of return. If they want to be innovators, if they really want to change the way computing technology is used, they will have to make the case, again and again, that their ideas are not only the best for technology but also the best for the market.