Women in STEM with Dr. Laura Haas
Dean of the College of Information and Computer Sciences, University of Massachusetts Amherst

The Computer Society Diversity and Inclusion Committee presents Women in STEM, with Dr. Laura Haas, Dean of the College of Information and Computer Sciences, University of Massachusetts Amherst.

Recognized for her achievements with IBM, Dr. Haas has received several awards for outstanding innovation, technical achievement, information integration technology, and beyond, including the prestigious Computer Society Pioneer Award.

We are happy to present a conversation of Dr. Haas with Dr. Ming Lin, Vice Chair of the CS Awards Committee, discussing technical interests, career growth, and the pursuit of professional sectors.

I am an information systems researcher. My PhD was in verification of distributed systems, but when I arrived at IBM, they asked me to work on a distributed database project, and when that ended, I was asked to lead a project in “extensible” (to new datatypes) data management. In that project, I found that (a) I love query processing, and (b) the interesting, cutting edge applications all needed a mix of data types – not just structured data, but text, images, voice, chemical compound structures, and so on. That was revolutionary thinking back in the 1980’s, but as the industry evolved, it’s become totally normal… So, even when that project ended, I continued to work on how to bring together and analyze rich, complex data sets. The world increasingly runs on data, so it’s important to facilitate the management and analysis of these rich data sets. And very rewarding!

When I started my career, industry research labs were almost ivory towers, where people dreamed big dreams, worked on them for years, and then the challenge was how to get the resulting systems into the hands of real users. Ironically, today the challenge may be to ensure that researchers, whether in industry or academia, get the space to dream those big dreams – today the world is demanding results so quickly that we can get tied up in incremental work, and perhaps miss the world-changing opportunities.  So the challenge, in a broad sense, is “How can you do far-reaching, visionary research and also get the results out into the world?” The rewards of seeing your work make a difference to real people and businesses cannot be overstated; but neither can the intellectual joy of pioneering new fields.  I’ve been blessed with the opportunity to do both, and often within the contexts of the same project.

A second major challenge for me – and so many others in the industry – has been how to balance my work and drive to excel in my career with my family life. I am proud of my many career accomplishments, but even prouder to have just celebrated 40 years of marriage to my wonderful husband, and to have raised two amazing, open-minded, ambitious and loving sons at the same time.

My professional journey began, and to some extent, continued, in an almost cavalier fashion. I was finishing my PhD at UT Austin.  My husband was applying to PhD programs (in Operations Research), and decided to accept Stanford’s offer. So, I limited my search for positions to the San Francisco Bay Area, figuring I would get a job for the four years it would take him to do a PhD, and then we would do a broad job search, ideally moving back East. I received a diverse set of offers, for a product development (engineering) position at Intel, a government research position at Lawrence Livermore National Labs, and an industrial research position at IBM. I was leaning towards Intel, because I really liked the team there, but my advisor recommended that I take the IBM position, since it was the best salary offer, and it would do the most for my reputation in the few years before I planned to interview again.  So I did – and retired from IBM 36 years later.  So much for “staying just a few years”.

As related above, starting my career in industrial research was largely happenstance.  But the reason I stayed so long with IBM was the opportunity that I had there to experience a broad variety of sectors and explore a variety of career paths. While at IBM, I worked in both research and product development; managed both research and engineering teams at various levels and group sizes (from a few researchers to hundreds of researchers and developers); helped launch two businesses for IBM; worked with commercial, government and university clients; took two sabbaticals in academia; and drove worldwide strategy across IBM’s then 10 Research Labs for exploratory research.  So, as I started to think about a next phase of my life, I had an excellent perspective on both the various sectors out there, and on my own skills. I actually was planning to retire and maybe try something really different, but I was approached about my current role, as Dean of a (then) brand-new College of Information and Computer Sciences at UMass Amherst. I didn’t actually know what a Dean did, but as I learned more, I realized that it was an opportunity to take skills I had developed in one context and use them in a totally different one, where I could do a lot of good for the students, the faculty, and the institution itself. That proved to be irresistible, so now, after a full career in industry, here I am, firmly in academia.

I always tell my mentees not to try to plan everything. The job or role you have today will not be your last job or role. Do your best at whatever you are doing, even if you wish you were doing something else. The best people get opportunities down the line. And keep your eyes open; keep exploring or learning about other positions, so when an opportunity comes knocking, you can grab it. If you are offered a different position, look at it – don’t just refuse it (and yes, I’ve famously refused several opportunities I thought were not good choices for me, but only after due consideration). Don’t be afraid of change – or maybe, be afraid, but take those leaps, anyway. You can’t grow if you don’t take chances. And remember: life is short. Choose those opportunities that will be fun and challenging, and where you like and trust the team. You may end up somewhere you never imagined – and that’s ok.  If you’ve enjoyed every step along the way, you will have had a great career.

Dr. Laura Haas joined the University of Massachusetts Amherst in August 2017 as Dean of the College of Information and Computer Sciences, after a long career at IBM, where she was accorded the title IBM Fellow in recognition of her impact. At the time of her retirement from IBM, she was Director of IBM Research’s Accelerated Discovery Lab (2011-2017), after serving as Director of Computer Science at IBM’s Almaden Research Center from 2005 to 2011. She had worldwide responsibility for IBM Research’s exploratory science program from 2009 through 2013. From 2001-2005, she led the Information Integration Solutions architecture and development teams in IBM’s Software Group. Previously, Dr. Haas was a research staff member and manager at Almaden. She is best known for her work on the Starburst query processor, from which DB2 LUW was developed, on Garlic, a system which allowed integration of heterogeneous data sources, and on Clio, the first semi-automatic tool for heterogeneous schema mapping. She has received several IBM awards for Outstanding Innovation and Technical Achievement, an IBM Corporate Award for information integration technology, the Anita Borg Institute Technical Leadership Award, the IEEE Computer Society Computer Pioneer Award, and the ACM SIGMOD Edgar F. Codd Innovation Award. Dr. Haas was Vice President of the VLDB Endowment Board of Trustees from 2004-2009 and served on the board of the Computing Research Association from 2007-2016 (vice chair 2009-2015); she currently serves on the National Academies Computer Science and Telecommunications Board (2013-2019). She is an ACM Fellow, a member of the National Academy of Engineering, and a Fellow of the American Academy of Arts and Sciences. 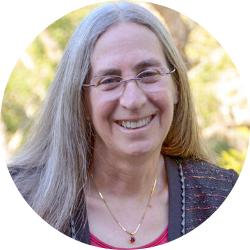