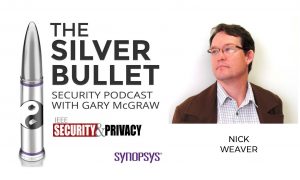 Nicholas Weaver joined ICSI as a postdoctoral fellow in 2003. The following year he was hired as a senior staff researcher where he continues to conduct research on network security and measurement, worms, botnets, and other internet-scale attacks. He received his bachelor’s degree in astrophysics and computer science in 1995 from UC Berkeley. He also earned his PhD in computer science from Berkeley in 2003 where he continues to teach courses. Although his dissertation work involved FPGA architectures, he has been focused on computer security since 2001. Dr. Weaver lives in Berkeley.