The IEEE CS Board of Governors has approved the slate of candidates for the IEEE CS 2020 election. 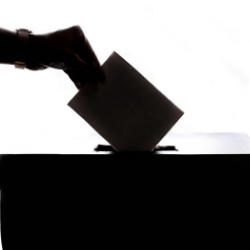 The IEEE Computer Society (IEEE CS) Board of Governors has approved the slate of candidates for the IEEE CS 2020 election. Voting for IEEE CS president-elect, first and second vice presidents, and Board of Governors members will begin on 3 August and end on 21 September 2020.

Only IEEE CS members without an email address in their member record, or those who have opted out of IEEE email communications, will receive a paper ballot package. Those who receive paper ballots should return them by mail using the business reply envelope provided, or to IEEE Technical Activities, Attn: SGA, 445 Hoes Lane, PO Box 1331, Piscataway, NJ 08855-1331, USA.

All other members will receive a broadcast email message with voting instructions to access their web ballot package information. Members in all regions can vote online at the IEEE CS election site. For replacement ballots or to request a paper ballot, call +1-732-562-3904 or email ieee-computervote@ieee.org

Officers are elected to one-year terms and Board members to three-year terms, each beginning 1 January 2021. Candidate bios and position statements will be published in the August issue of Computer magazine, which is distributed to all IEEE CS members.

Dr. William “Bill” Gropp is director of the National Center for Supercomputing Applications and holds the Thomas M. Siebel Chair in the Department of Computer Science at the University of Illinois at Urbana-Champaign.

Gropp has served as the IEEE CS Vice President for Technical and Conference Activities since 2019 and has been a member of the Board of Governors since 2017. A Fellow of AAAS, ACM, IEEE, and SIAM and a member of the National Academy of Engineering, Gropp received the IEEE CS Sidney Fernbach Award in 2008 and the ACM/IEEE CS Ken Kennedy Award in 2016. Gropp served as technical program chair (2009), finance chair (2011), and general chair (2013) of the SC conference, which is the largest conference co-sponsored by the Computer Society. 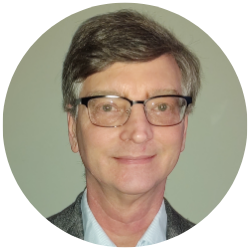 Nita Patel, P.E., is senior director, engineering at L3Harris Technologies, where she was recognized as 2014 L3 Engineer of the Year.

Patel is a director on the IEEE Foundation, a member of the Industry Engagement Committee, and a mentor for several IEEE WIE Summits. In her over 25 years as an IEEE volunteer, Nita served as IEEE CS first vice president, served a three-year term on the IEEE CS Board of Governors, founded and led the first five years of the IEEE Women in Engineering International Leadership Conference (WIE ILC), served as Women in Engineering International Chair—for which she received the 2014 Larry K Wilson Transnational Award for distinguished contributions to IEEE global activities and was IEEE-USA Vice President of Communications & Public Awareness. 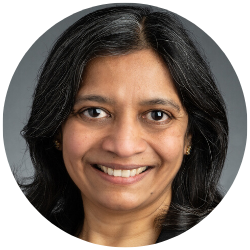 David S. Ebert is an Associate Vice President for Research and Partnerships, the Gallogly Professor of Electrical and Computer Engineering, and director of the Data Institute for Societal Challenges at the University of Oklahoma.

He is an IEEE Fellow, an adjunct professor of electrical and computer engineering at Purdue University, and director of the Visual Analytics for Command Control and Interoperability Center (VACCINE), which is the Visualization Science team of the Department of Homeland Security’s Visual Analytics and Data Analytics Emeritus Center of Excellence. 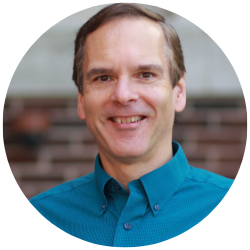 Riccardo Mariani is the Vice President of Industry Safety at NVIDIA and an IEEE Senior Member.

He was awarded the 2020 IEEE CS Golden Core Member. He served as 2019 Vice President for Standards Activities and 2020 first vice president, chairing the IEEE CS Standards Activities Board. He is active in the IEEE Standards Association; he is a member of SASB (NesCom and ICCom) and the Corporate Advisory Group, and he chairs an industry connection activity on the assessment of standardization gaps for safe automated driving. 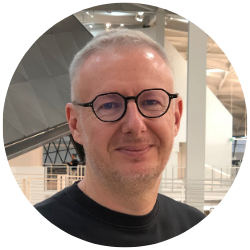 Vladimir Getov is a professor of distributed and high-performance computing and a research group director at the University of Westminster, London.

He has served on the IEEE CS Board of Governors (2016–2018) as well as on both the Publications Board and the Technical and Conference Activities Board. Getov has been Computer’s area editor for high-performance computing since 2008, and he received the IEEE CS Golden Core Award (2016). 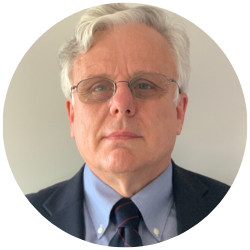 IEEE CS Board of Governors 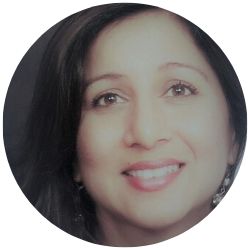 Terry Benzel is the Director of the Networking and Cybersecurity Division at the University of Southern California’s Information Sciences Institute. 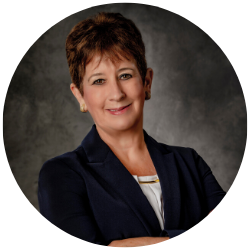 Lieven Eeckhout (PhD 2002) is a Full Professor at Ghent University, Belgium, where he is leading a research group of PhD and postdoctoral researchers. 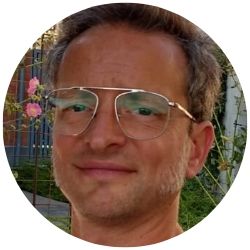 Takako Hashimoto (Vice President of the Chiba University of Commerce, CUC) graduated from Ochanomizu University, and received a Ph.D. in computer science from the Graduate School of Systems and Information Engineering of University of Tsukuba in 2005.

Hashimoto is currently the IEEE R10 ExCom Secretary (2019-20), the Educational Activities Board TAB representative, and Awards Board Presentations and Publicity Committee member. In the past, she was dedicated to the Membership Development Activities as IEEE MGA Membership Recruitment and Recovery Committee Chair (2017-18), IEEE Women in Engineering (WIE) Chair (2015-16), and IEEE R10 WIE Coordinator (2011-2014). 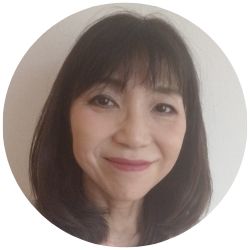 Hinchey was Chair of IEEE UK & Ireland Section (2018-2019) and serves as Past Chair (2020-2021). He has been Vice Chair of the Computer Society’s Technical Activities Board and a co-founder and Chair of two IEEE-CS TCs, and a number of successful conference series. He serves on the IEEE Region 8 Membership Development committee, and has instigated a number of cross-section events within Regions 8 and 9. 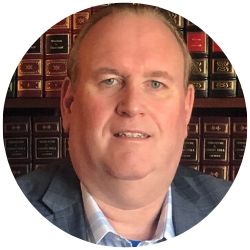 Harold Javid is a past Microsoft researcher and current Director, University Relations, where he brings coherency to Microsoft university engagements.

Javid served as secretary of the IEEE CS MGA, as chair of the CS Industry Advisory Board and Research Advisory Board and as a member of the Board of Governors in 2013. He represented the CS as Division V Director on the IEEE Board of Directors. He served the IEEE in other ways as member and now Chair-Elect for the New Initiatives Committee (NIC), and as a member of the Employee Benefits and Compensation Committee (EBCC). 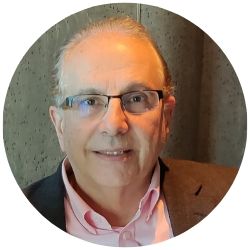 John Johnson received his Ph.D. in nuclear physics from The University of Texas at Austin and began his career at Los Alamos National Laboratory.

John is an HKN Honor Society Member, IEEE Senior Member and Golden Core member of Computer Society. He has been an active IEEE volunteer and involved in industry for many years. He is currently Vice Chair of both the Iowa-Illinois Section and Computer Society Chapter and is active with IEEE-USA, Sensors Council and IEEE Standards Association. 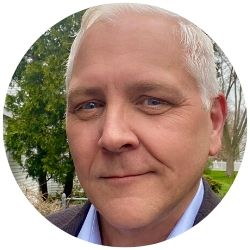 Sy-Yen Kuo received the Ph.D. (1987) and the Distinguished Academic Achievement Alumni Award (2019) in Computer Science from the University of Illinois at Urbana-Champaign.

Kuo is the IEEE Computer Society (CS) VP for Professional and Educational Activities and was a member of the Board of Governors (2017-2019). He served on the IEEE CS Technical Committee on Fault Tolerant Computing, a member of IEEE CS Fellow Committee and Education Awards Committee, an associate/guest editor of several IEEE journals, and a general/program chair of IEEE conferences. 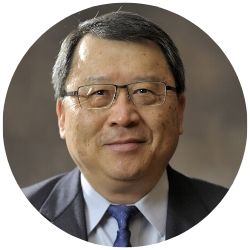 Xiaowei Li is a Distinguished Professor at Institute of Computing Technology (ICT), Chinese Academy of Sciences (CAS), China, where he received his Ph.D. in Computer Science in 1991. 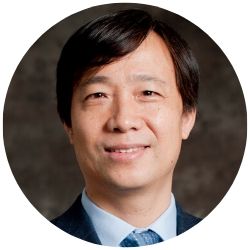 David Lomet founded Microsoft’s Database Research Group and managed it for 23 years. His PhD in computer science is from the University of Pennsylvania.

David is currently on the CS Board of Governors, and has served as First Vice President, Secretary, and Treasurer (3 terms). He has been ICDE Program Committee and Conference co-chairs, VLDB PC co-chair, and editor of ACM TODS and VLDB Journal. He won Computer Society Outstanding Contribution and ACM SIGMOD Contributions Awards for service as IEEE Data Engineering Bulletin Editor-In-Chief for 26 years. 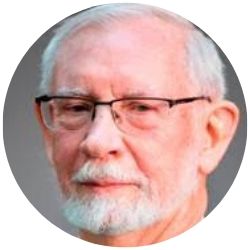 San Murugesan is the director of BRITE Professional Services, an adjunct professor at Western Sydney University, Australia (Region10), and former editor in chief for the Computer Society’s IT Professional magazine.

Murugesan is an IEEE-CS Golden Core member. He has been a highly active volunteer for the Computer Society and IEEE for 28 years. Currently, he is the IEEE NSW Computer Chapter’s chair and serves on the Editorial Advisory Boards of IT Professional and IEEE’s The Institute. He is the founding chair of the newly established “IT in Practice” Special Technical Community (STC) and COMPSAC IT in Practice Symposium series, and a member of the COMPSAC Standing Committee. 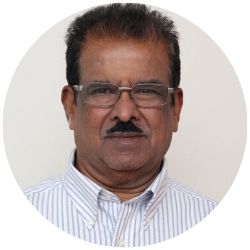 Erich J. Neuhold currently is Honorary (Adjunct) Professor for Computer Science at the University of Vienna. He is and has been scientifically involved with Databases, Web-Information Systems and questions of Semantic enrichment. 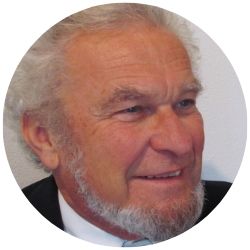 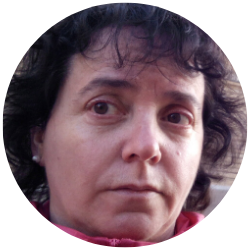 Annette Reilly retired from a 31-year career at Lockheed Martin, where she held responsibilities for proposal and engineering management, systems engineering, and technical documentation.

Reilly, IEEE Senior Life Member and IEEE-CS Golden Core, has served on the IEEE-CS Standards Activity Board since 2010 and as the Computer Society Representative to ISO/IEC JTC 1/SC7, Systems and Software Engineering, since 2013, where she oversees joint development of over 35 active ISO/IEC/IEEE standards. She is Vice Chair of INCITS-SSE, the US Technical Advisory Group for ISO/IEC systems and software engineering standards. 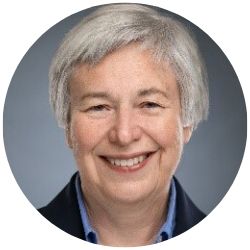 Dimitrios Serpanos is Professor of ECE, University of Patras and Director of the Industrial Systems Institute/ATHENA, Greece. 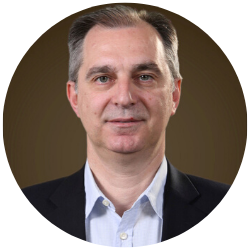 Deborah Silver, a full professor in Rutgers University’s Department of Electrical and Computer Engineering, has been part of the IEEE Visualization community since 1990. 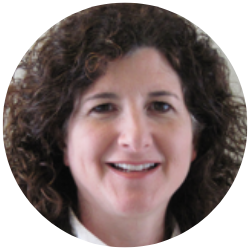 Adit Singh is James B. Davis Professor of Electrical and Computer Engineering at Auburn University. Earlier, he served on the faculty at the University of Massachusetts, Amherst.

Singh has been has been actively engaged with the IEEE Computer Society for over three decades. Since the late 1990s, he has regularly held senior positions with the CS Test Technology Technical Council (TTTC), including two elected terms as Chair during 2007-2011. At that time, TTTC sponsored over thirty annual conferences and workshops, nearly half of them held outside the US. 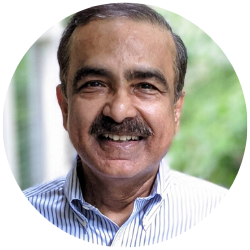 Hironori Washizaki is a professor and the Associate Dean of the Research Promotion Division at Waseda University in Tokyo, and a Visiting Professor at the National Institute of Informatics. 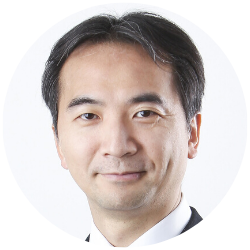 All professional and graduate student IEEE CS members on record as of 28 May 2020 are eligible to vote in this year’s IEEE CS election.

(Undergraduate student members do not hold voting rights.) Ballots must be returned no later than 5:00 p.m. EDT USA/21:00 UTC on Monday, 21 September 2020. Results will be announced in Computer’s December issue and online.

Not a member? Join today to be eligible to vote in next year’s election.