LOS ALAMITOS, Calif., 29 September 2020 – William “Bill” Gropp, director of the National Center for Supercomputing Applications and the Thomas M. Siebel Chair in the Department of Computer Science at the University of Illinois at Urbana-Champaign, has been voted IEEE Computer Society (IEEE CS) 2021 president-elect (2022 president). 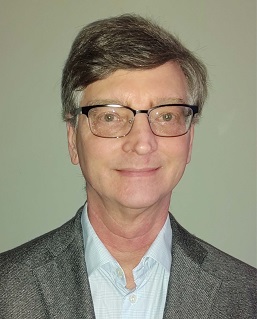 Gropp, the current IEEE CS Vice President for Technical and Conference Activities and a Board of Governors member since 2017, will serve as the 2022 IEEE CS president for a one-year term beginning 1 January 2022.

Gropp garnered 3,307 votes, compared with 3,128 votes cast for Nita Patel, P.E., who is Senior Director, Engineering at L3Harris Technologies; a director of the IEEE Foundation; a member of the IEEE Industry Engagement Committee; and a mentor for several IEEE Women in Engineering Summits.

Fabrizio Lombardi—International Test Conference Endowed Chair at Northeastern University, IEEE CS Vice President for Publications, and member of the IEEE Nanotechnology Council—was elected second vice president with 3,528 votes. Vladimir Getov, a past IEEE CS Board of Governors member who is a professor of distributed and high-performance computing and a research group director at the University of Westminster, London, garnered 2,947 votes.

The six elected members of the Board of Governors for the term beginning 1 January 2021 are:

Results of the 2020 IEEE CS election will be published in the December issue of Computer.