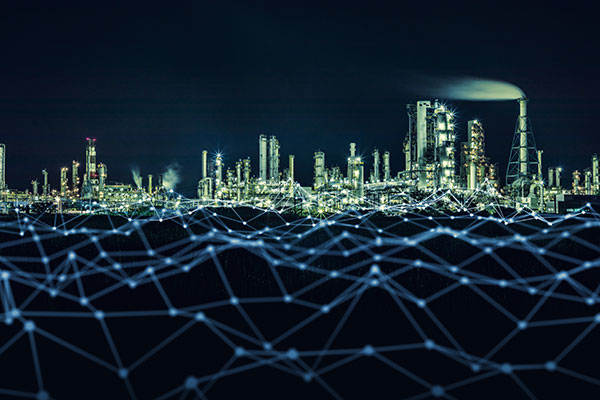 Are we in the middle of a new industrial revolution, one based on cyber-physical systems? I have regularly been asked this question as I have traveled the US to visit computer business and research labs. I’ve heard CTOs and CEOs and even computer researchers claim that we are in the middle of a radical change for businesses. In four or 10 or 20 years, they claim, the world will be radically different. In the new kind of industries, a recent report asserts, “Employees will be freed up from having to perform routine tasks, enabling them to focus on creative, value-added activities.”

I am reluctant to contradict these claims. I have seen technologies appear and vanish in very short periods of time. One need only recall the iPod music player, which was the world’s largest selling computer in 2008 but has all but vanished from the Apple product line. After 2015, the company stopped reporting sales of iPods.

But industries are not the same thing as products. From even a quick review of manufacturing, we can see that the factories of 2017 are quite different from those a half century ago. Modern factories are more automated than their predecessors, they are more tightly tied to their supply chain than they were in the 1960s, and they can respond more quickly to changes in demand than before. However, if we just focus on these activities, we are missing the major change in manufacturing. Yet this change is not the adoption of a new goal or even a new method. It is really just another step toward a long-held goal of manufacturers.

However, in recent years, information technology has shifted our attention from the factory to the industry. It has broadened how we think of manufacturing and forced us to try to solve problems that are much more complex than any we have attempted in the past.

A good example of this change is seen in the German Industrie 4.0 Report. This report, which is similar to the Made in China 2025, argues that “future businesses will establish global networks that incorporate their machinery, warehousing systems and production facilities in the shape of Cyber-Physical Systems.” These systems, it asserts, will facilitate “fundamental improvements to the industrial processes involved in manufacturing, engineering, material usage and supply chain and life cycle management,” representing “a completely new approach to production.”

In fact, the “completely new approach to production” is the combination of old ideas. The Industrie 4.0 report identifies three prior changes in industry. The first was coordinating labor in a central factory. The second was using an assembly line to minimize production time while connecting the factory directly to supply and distribution chains. The third used computer-controlled machine tools to capture workers’ knowledge.

The fourth and current change of manufacturing uses all these elements but expands them and puts them under the control of complex computer systems. You can list all the elements, but taken together, they do not really capture the proposed change. According to Industrie 4.0, new factories will use networks of sensors to monitor the flow of supplies, machine intelligence to control the manufacturing process, simulations to plan production, and autonomous vehicles to deliver goods. None of these things is particularly surprising to anyone in the field. However, they produce a combined vision that is quite radical.

This idea of a reconfigurable factory is hardly new. The manufacturing literature is filled with stories about factories that were converted quickly from making one good to another. In the American literature, these stories are often told in the context of the Second World War. They usually describe a factory that made a consumer product, such as radios, that were altered so that they could built a military product, such as a radar set. Behind all these stories is the idea that manufacturing is a general skill that can be applied to the construction of any product. To change products, you merely need to change a certain amount of knowledge.

In fact, manufacturing does involve general skills, and many factories can be easily converted from one product to another by simply changing knowledge. However, factory conversion is expensive. It requires a lot of work to change the things that the machine tools do, alter the way goods flow through the plant, and retrain the workers on their jobs. In the past, such conversions were rarely done outside of a war environment. In such conditions, the factory owners would have the resources to change the production and would be able to absorb the loss caused by the time that the plant was idle.

Industrie 4.0 proposes to use information technology to reduce the costs of factory conversion. If the factory is a cyber-physical system, then it can be changed by changing the data that controls the elements of the factory. In this vision, the factory is no longer a unique element in a production plan. Production can be moved from factory to factory as needed. If a factory fails in the middle of a production run, another can be brought on line quickly to replace it. If a manufacturer needs additional production facilities, it can contract for factory time the same way that the user of a cloud-based software can contract for more computing capacity.

If the vision of Industrie 4.0 is a vision of reconfigurable factories, it seems to be a vision that is well-suited to German industry. Germany manufacturing is located in a relatively small geographic area. Although it has some large multinational firms, it relies heavily on small and midsized industry. It has a strong regional transportation network and a long history of using information technology to control manufacturing.

Yet, ultimately, Industrie 4.0 doesn’t describe how a specific information technology will alter manufacturing. It describes a goal for manufacturing and only suggests how computing technology will be used to meet that goal. As I read the Industrie 4.0 report, I didn’t see any radically new technology. If anything, I saw it as a call for standardization, for industries to utilize common tools, methods, and data formats so that they can cooperate and compete more efficiently. This really isn’t a new or a radical vision. However, it does represent another step in the way that information technology has changed our world.