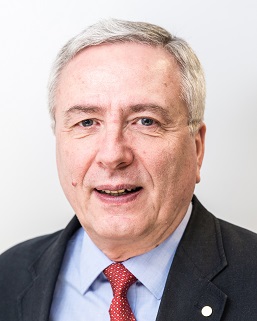 Position statement. The IEEE Computer Society continues to enhance its global membership diversity as we play central role in the unprecedented digital revolution and lead exciting new IEEE initiatives such as Rebooting Computing, Cybersecurity, Cloud Computing, Big Data, and Internet of Things. These rapid developments however involve several important challenges that require the introduction of new initiatives and approaches. First, because technological innovation keeps accelerating, we need to match better these unprecedented dynamics of the field by offering our members new organizational models based on modern communication platforms, such as social networking. Second, the future of our profession belongs to the younger generation of computer practitioners, and the IEEE Computer Society must recruit new young members as well as develop more training programs for computing professionals at all stages of their education and career development. Third, both new organizational approaches and continuous career development can only be successful as part of a truly global collaboration reaching around the world—from California, Brazil, and India, to Japan, China, and Europe.

During the years, I have developed an extensive and unique track record of international achievement and recognition involving an increasing number of strong professional contacts in different parts of the world. I have already been actively involved in the introduction of digital media contents as well as the portfolio review of our periodicals and am committed to contributing substantially to the future development and implementation of various organizational and technological innovations in our publications. I am also motivated to work further on the successful integration of our conferences and journals as some of the current differences will disappear because of the transition to e-publications. I will be honored to represent the professional community as Computer Society’s second vice president and will work with passion and dedication on addressing these important challenges.

Biography.  An active IEEE Computer Society (CS) volunteer since the mid-1990s, Vladimir Getov is professor of distributed and high-performance computing and research group director at the University of Westminster, London. He has served on the IEEE CS Board of Governors (2016–2018) as well as on both the Publications Board and the Technical and Conference Activities Board. Getov has been Computer’s area editor for high-performance computing since 2008 and has served as general and program chair of several IEEE conferences. He is also Standing Committee member and co-chair of publications for IEEE COMPSAC, Executive Committee member of the IEEE CS Technical Consortium on High-Performance Computing, an active member of the IEEE International Roadmap for Devices and Systems, and serves on several other boards and committees.

Vladimir’s career spans both industrial research and academia. After completing his PhD, Getov was project manager of an IBM PC/XT-compatible computer (1984). In 1989, he moved to England to join the Concurrent Computations Group at the University of Southampton. Since 1995, Vladimir has been an academic staff member at the University of Westminster, where he was awarded the titles reader (1999) and professor (2001). He has an extensive track record of international collaboration and achievements, such as founding contributions to the PARKBENCH Committee, the Java Grande Forum, and the Open Grid Forum. 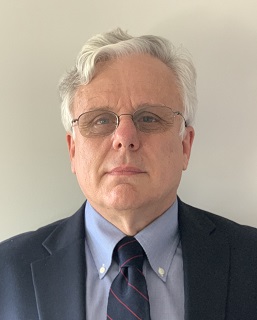 Position statement.  Dissemination of scientific knowledge, collegiality and interaction among researchers and practitioners are essential ingredients for technology advancement in both academia and industry; CS is at the forefront of these endeavors and more than ever its success is indeed the success of all its constituencies. My first and only priority is and will remain to provide the best service to our members. Recent events have acted as catalysis for a volunteer-driven organization such as the CS; more than ever we need out-of-the-box thinking and member-centric solutions. Despite these new challenges, my objectives remain very ambitious; the improvement of activities and services must reflect the needs, expectations and wishes of our members. The CS must continue to operate and grow as an efficient and empathic enterprise by competitively operating as a responsive and diverse organization; I will pursue initiatives under novel operational paradigms that consider the most emerging developments in technology, education and professional trends. I will foster changes to keep pace with a world in rapid transformation and with new interests and goals to account for an ever-increasing diversity across all domains. My past accomplishments in publications and conferences are proof of my capabilities; through effective communication, proven leadership, and timely planning I will contribute as the Second Vice President of the CS to enable, facilitate and expand compelling new initiatives to all members on a world-wide basis; I will help to enhance existing organizational structures, improve service and products across technical areas, geographic locations and communities, from new to established researchers. Engaging volunteers, moving into new technical frontiers, enlarging student activities, fostering career opportunities, these are few of the endeavors that I will be honored to pursue by engaging discussion and implementing efficient solutions for the benefits of humanity. Respectfully, I ask for your vote for becoming the 2nd VP.

Biography.  Fabrizio Lombardi graduated from the University of Essex (UK) with a B.Sc. (Hons.) in Electronic Engineering. He joined the Microwave Research Unit at University College London, where he received the Master in Microwaves and Modern Optics, the Diploma in Microwave Engineering and the Ph. D. from the University of London. He is currently the holder of the International Test Conference (ITC) Endowed Chair at Northeastern University. Lombardi is the Vice-President for Publications and a member of the Executive Board of the IEEE Computer Society and the Nanotechnology Council. He is also a member of the IEEE PSPB (2019-2020). He has been elected/appointed on Executive Boards of many non-profit organizations as well as the Computer Society (two-term member of Board of Governors (2012-2017)) and the IEEE (as an appointed member of the Future Directions Committee (2014-2017)) as a dedicated volunteer by proposing innovative initiatives for member inclusion and engagement, while also focusing on the involvement of new generations of members. Lombardi has been a two 2-year term Editor-in-Chief (2007-2010), Associate Editor-in-Chief (2000-2006) and Associate Editor (1996-2. 000) of the IEEE Transactions on Computers, the inaugural two-term Editor-in-Chief of the IEEE Transactions on Emerging Topics in Computing (2013-2017); Editor-in-Chief of the IEEE Transactions on Nanotechnology (2014-2019) as well as member of the Editorial Boards of many IEEE and ACM periodicals. Lombardi is a Fellow of the IEEE for “contributions to testing and fault tolerance of digital systems”. In 2020, he championed and coordinated the IEEE CS publications response to the COVID pandemic by providing free services to members. In 2019, he has been awarded by the IEEE Nanotechnology Council the Distinguished Service Award and by the IEEE CS the “Spirit of the CS” Award. He has received professional awards from the Governments of Canada and Japan as well as the IEEE/Engineering Foundation.