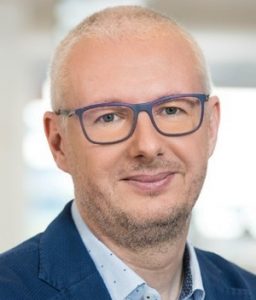 Position statement.  The Computer Society history is intertwined with the history of computing. Our Society has accomplished its fundamental role of dissemination and nurture of ideas that have been the basis of computer technology. Nowadays, the concept of computing itself is under a quick transformation, with the data becoming the center of the new industry revolution, from edge to cloud.

In that context, it is imperative for Computer Society to regain its leadership role in emerging technologies such as autonomous things, artificial intelligence, vast scale distributed and coordinated computing, quantum computing. To be recognized as industry leader, Computer Society needs to establish a well thought combination of vision, strategy, execution and testing of its action with respect to industry impact and member satisfaction. It also requires proper communication instruments, aligned with the transformation of our world.

The Computer Society has all the necessary ingredients to achieve that goal and support the industry transformation: it has a very dedicated and professional staff, a dynamic and energetic worldwide membership, a set of invaluable assets such as technical societies, publications, conferences, training programs, standards.

What we need to do is to use these ingredients more incisively by: launching new initiatives (such as standardization projects, special technical communities) in the emerging fields of edge to cloud intelligent computing systems and new frontiers such as “Anything as a Service” (XaaS); creating new products (such as training and certification programs) that could attract companies, especially industry disruptors; promoting gender, geo and age diversity, to attract the new population of scientists and professionals; energizing conferences by introducing new models of participation; increasing presence in press and social media; cooperating with other industry initiatives such as consortiums, agencies.

In summary, my mission is to get Computer Society recognized as the preferred platform to support the growth of emerging computing technologies.

Biography.  Riccardo Mariani is an experienced and highly motivated Chief Technologist with a demonstrated history of working in the semiconductor industry, both as entrepreneur and as Technology Executive in SME and large corporations.

Previously to Intel, he was co-founder and CTO of Yogitech, “the one stop shop for functional safety”, acquired by Intel in 2016. In that role, Mariani led Yogitech to pioneer the certification of semiconductor IP for highest safety integrity levels, and to introduce electronic design automation tools specific to functional safety (“Design-for-Safety” paradigm).

He received his PhD in 1996 from Pisa University, Italy. Author of 100+ papers in conferences and technical journals. Co-author of the “Fault Injection Techniques and Tools for VLSI Reliability Evaluation” book. He is author or co-author of more than 50 patents related to functional safety methodologies, technologies, architectures, HW and SW solutions and tools. He received the SGS-Thomson Award and the Enrico Denoth Best Engineering Award. 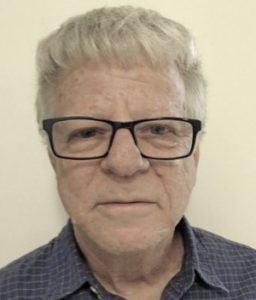 Position statement.  During the last few years, the management of the IEEE Computer Society has focused on achieving financial stability. Although, major financial improvement was achieved, it was mainly done at the expense of cutting services which result in shrinking the size of the society. I passionately believe that it is about time to retain some of these services, to develop new services and so to regain the trust of our members. Thus, I firmly believe the key for future success of the Computer Society should be based on becoming more relevant to our members and attract new members. To accomplish this goal, we must 1) Expand and improve the services we provide 2) Improve the response time to the needs of our members and 3) Be more active in new areas such as emerging markets, diverse communities, young scientists, entrepreneurs, and more.

To date, I initiated several activities, such as ad-hoc committees on growth, exploring ways for attracting new members in general and in emerging markets in particular, examine innovative ideas for taking advantage of new technologies, and more. The intermediate results of these committees clearly indicate that we need to 1) Be more sensitive to the needs of emerging countries 2) Encourage innovation and be more relevant to the young generation of researchers and developers, and 3) Expand our industrial involvement and consider the local industries in different regions.

For the past three years, I have been active in the IEEE Computer Society, primarily as a member of the Board of Governors and now as a Second VP. This election, I am asking for your trust and votes to elect me as the First VP so I can continue contributing to The Society and complete the work I started.

Avi received his PhD in ECE from the University of Massachusetts at Amherst (UMASS) in 1990.

Among his industrial jobs, he served as manager of the academic outreach program at Microsoft R&D Israel, where he initiated various innovation-based activities for students. Before that, he worked for 11 years as a senior researcher and principle engineer at Intel, where he was the chief architect of the multi-core-on-chip (CMP) feature of the first dual core processors developed. He was awarded the Intel Achievement Award (the highest award at Intel) for this accomplishment.

Avi published more than 130 journal and reviewed conference papers. He co-invented the notion of “value-prediction” and has made significant contributions to the field of computer architecture.