The Richard E. Merwin Student Scholarship received applications from the best and brightest. More than 100 students applied for the scholarship. And from that group the selection committee selected the 17 strongest applicants.

The IEEE Computer Society offers $40,000 in student scholarships, from $1,000 and up, to recognize and reward active student volunteer leaders in student branches or chapters who show promise in their academic and professional efforts. This scholarship was created in honor of the late Richard E. Merwin, past president of the Computer Society, to recognize and reward student leadership. The Merwin Scholarship now has two application deadlines: 30 April and 30 September of each year.

Interested in applying? Learn how to apply for the Merwin Scholarship

You can check out their bios below: 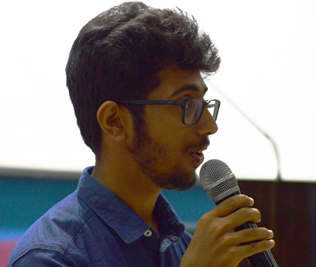 Department of Computer Science and Engineering

Abhishek S is in his senior year of an undergraduate degree computer science at the College of Engineering, Trivandrum. His areas of interest include deep learning and natural language processing. He has served as student representative for the IEEE Computer Society Kerala chapter, and chair of the IEEE student branch CET. Abhishek S has played a role as vice-chair of the IEEE Computer Society CET chapter. He is part of the onboard computing team of CETSAT, the student satellite project of CET. Abhishek has competed in and won various hackathons. He is also an avid fan of discussions on technology, travel and contemporary fiction. 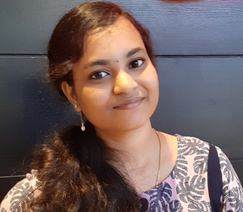 Anishka S is studying for an undergraduate degree in the electronics and communication engineering department in Panimalar Institute Of Technology. She is currently IEEE student branch chair of Panimalar Institute of Technology, Chennai, Computer Society representative of IEEE PIT student branch and head of the content writing team. Anishka S previously served in the role of vice-chair of Power and Energy Society in the IEEE PIT student branch. She received the Pragati Saksham Scholarship and had an internship as an embedded trainee at OneYes technologies. She participated in the Group Dance at her College Day, organized a workshop on entrepreneurship and innovation as career opportunity for students and organized a guest lecture on industrial automation using SCADA for students. 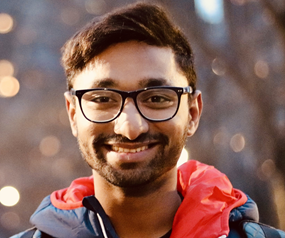 Siddhant Banyal is an undergraduate student in the instrumentation department at Netaji Subhas University of Technology. He currently serves in the role of chair of the student team, for the 17th IEEE India Council International Conference and sub-editor for the IEEE India Council Newsletter and ECIM Board. Banyal previously served in the role of chair of the IEEE Computer Society student branch chapter at NSUT. He has several research publications in the form of book chapters, technical articles and research papers with IEEE, Elsevier, Springer and CRC Press. Siddhant has also represented India at Harvard University and National University of Singapore at HNMUN 2018, 2019 and SMUN 2017 conferences. 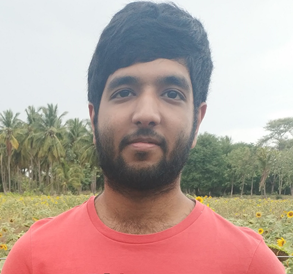 Varun Bheemaiah is studying at the National Institute of Engineering in the information science and engineering department for an undergraduate degree. He served as the chair of NIE IEEE student branch chapter. Varun was previously initiator and organizer for Reverse Coding, a volunteer at Adroit 2018, a technical festival of NISB. He planned and organized the Computer Society Weekly Meetup, and organized the NIE Summer of Code (NSOC). He was awarded a place among the top 9 teams in Hack Onload 2.0. Beyond his work with IEEE and the Computer Society, he has worked with an NGO to develop an application to streamline booking visits during the COVID-19 Pandemic. He has also volunteered at the Children’s Home. 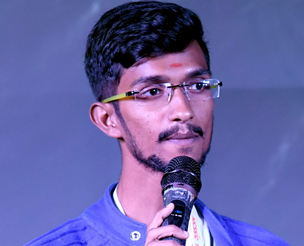 Deepak Doopati is an undergraduate student at the Jayamukhi Institute of Technological Sciences in computer science and engineering. He is the founding member of IEEE Jayamukhi Computer Society student branch chapter. He was a design volunteer for AHCSSC’19 and AICSSYC’19, chair of the IEEE Jayamukhi Computer Society student branch chapter. He organized the Debugging Challenge and AI and ML workshop at his university. Deepak contributed as a content writer for events such as Abhignatha and Spoorthy. He is also the founder of a startup called Wide Reach Media. He is a merit student awardee of the Texas Instruments Examination, chief operating officer at Optimal Crave International, founder of Jayamukhi LEO Club and president at Jayamukhi National Service Scheme Unit. 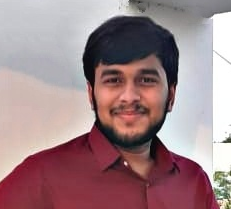 Srikar Gundu is pursuing a Bachelor’s degree in computer science and engineering at Anurag Group of Institutions. He serves as chair of the IEEE student branch at AGI, the IEEE ALL Hyderabad section Computer Society Student Congress 2020 event chair, and IEEE CS Compute Edition 8 video editor. He has received the Token of Excellence Badge from the department of computer science and engineering AGI. He was a finalist in a 24-hour hackathon on building Chatbots. He took part in the Telangana State Legislature council and assembly session. He made a documentary video titled The Key—Shi Zheng Li on the origins of the coronavirus. He serves as a president for Animation Club in his college. 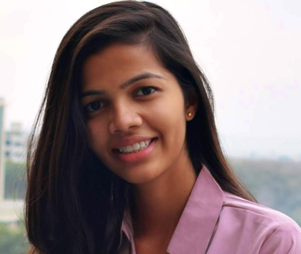 Sachi Gupta is in her final year of a Bachelor’s degree in the Computer Science at G.H. Raisoni College of Engineering, Nagpur. She currently serves in the role of Women in Engineering coordinator in the IEEE India council and the student branch networking lead for the IEEE Nagpur subsection. Gupta was chair of the Computer Society student branch chapter, vice-chair for the Nagpur Subsection Congress (NSSC’20) and content lead for Gabfest—a joint student branch initiative. She was a participant in IEEE Xtreme 12.0, Smart India Hackathon and received the Winter Internship on Java SE. In her spare time, she writes poetry, explores and learns new technologies, participates in fashion shows and contributes to non-profit organizations. 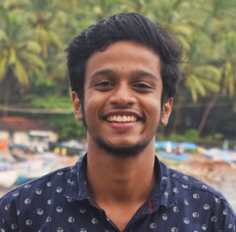 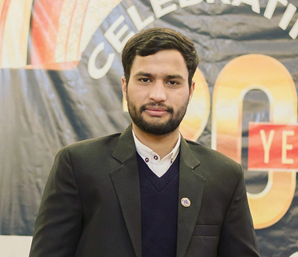 Muhammad Qaisar has a goal of obtaining a Bachelor’s degree in the faculty of computing / department of software engineering at Riphah International University, Islamabad with a 100% Talent Scholarship and secured the first position throughout the degree. He has served as secretary-general of the IEEE Riphah student branch, founding chair of the IEEE CS Chapter, event head for the IEEE Day’19 at Riphah University, and the founding president of the Pitch and Develop’19 event. In addition, he has served as an executive member with designations of department acting head / secretary-general, Incharge Adventure Club, and president of Blood Society for the Riphah Society for Excellence, the largest non-technical society of the university. He has been the winner of various university- and national-level competitions. 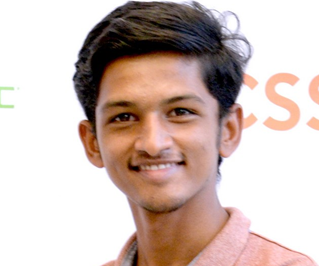 Dhruvinsinh Rajendrasinh Rathod is studying for an undergraduate degree in computer engineering at A.D. Patel Institute of Technology. He currently serves in the role of the vice-chair in the IEEE ADIT student branch and as a member of the IEEE South Asia working group. He is also publicist for Compute, the IEEE Computer Society India Newsletter. Rathod has served as the vice-chair at the IEEE Power and Energy Society chapter, and student activity team lead at SAMPARK 2019, the Annual Meeting of the Gujarat section. He along with his team won the cricket championship, the gold medal for badminton and first place for handball. He received the Certificate of Excellence by Invincible NGO after successfully completing a trek of more than 10,000 feet on Manali. 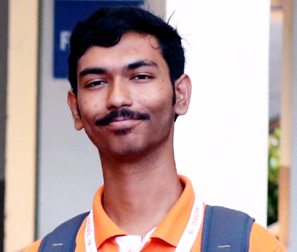 Koushik Saha is in pursuit of a Bachelor’s degree in computer science and engineering at Vellore Institute of Technology. He is currently a member of Android Development Team and the Documentation Team at IEEE Computer Society VIT, chair of the IEEE Computer Society student branch chapter at VIT Vellore and content writer for CS Compute. Saha was a manager for the chapter’s annual flagship event ARCS ’19. He was among 50 students in same year and in pursuit of a Bachelor of Technology eligible to migrate to the program of their choice. Saha took part in VITMUN 2018, the annual Model United Nations organized by MUNSOC VIT. He also took part in Enigma 2018, an online technical riddle completion organized by IEEE VIT. 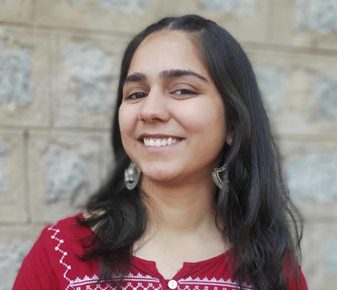 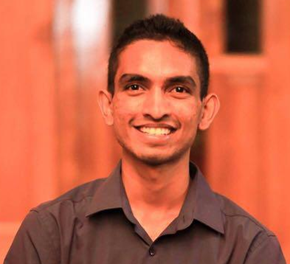 Chamika Sudusinghe is studying in a Bachelor’s program in the department of computer science and engineering, faculty of engineering at the University of Moratuwa. He currently serves in the role of IEEE Sri Lanka section student representative. Sudusinghe has also played a role as webmaster at the IEEE student branch at the University of Moratuwa, section ambassador for PES Day 2020, secretary of the IEEE Techno Meetup 2019, secretary of the IEEE SLInspire and webmaster for Mercon 2020. He won the 2016 Bronze Medal in Sri Lanka Physics Olympiad Competition and second runner-up in the All Island Social Science Competition. Outside of his activities with IEEE, he was the chief organizer of the IESL RoboGames 2019 and head of operations for the Entrepreneurship Society at the University of Moratuwa. 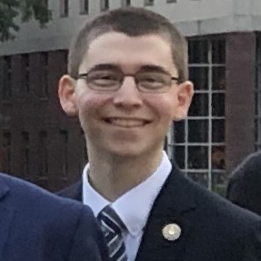 William Sussman is a senior at Yale University majoring in electrical engineering and computer science with a certificate in data science. He was the founding chair of the Yale IEEE student branch and remains an active member. He is the 2019 recipient of the IEEE Region 1 (Northeastern U.S.) Larry K. Wilson Student Activities Award, which recognizes “annually, in each region of the IEEE, the student member most responsible for an extraordinary accomplishment associated with student activities,” Sussman won the award for growing the Yale student branch. Sussman also conducts research on a wireless software-defined network (SDN). He is passionate about universal broadband Internet, and plans to pursue a PhD. 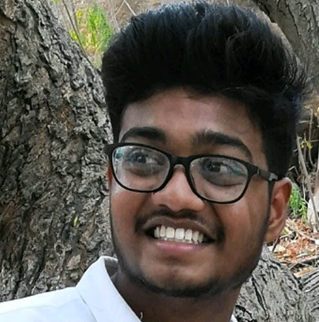 Tharun Kumar Tallapalli is in a Bachelor’s program in the information technology department at VNRVJIET. He serves in the role of the chair of the IEEE VNR student branch, IEEE brand ambassador and is one of the web designers of IEEE VNR student branch. He was a startup incubator fellow at CIE IIIT Hyderabad. He also worked as an intern with the innovation team at Qvantel. Tharun and his team won first prize in hackathons Inventron 2019, Promethean 2019 and took first prize in the patent idea competition at Ecficio 3.0. His team was a finalist of the Smart India Hackathon 2020. His hobbies include writing articles on trending technologies and he is one of the authors at Analytics Vidhya and Towards AI Publications. 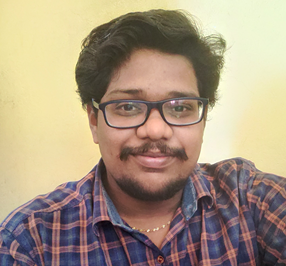 Vignesh M A is studying at Jeppiaar Engineering College in the electronics and instrumentation engineering department for an undergraduate degree. He is currently chair of IEEE student branch JEC, chair of IEEE Computer Society student branch chapter. Among other roles, Vignesh also serves as student ambassador for IEEE XTREME 14.0, IEEE brand ambassador, design volunteer for IEEE CSIS’20 and design team lead for the student branch at JEC. Vignesh is the winner of the IEEE Student Ethics Contest held at AICSSYC’19. He was awarded the Best Volunteer award by Bhumi NGO for his accomplishments in Social initiatives and Right To Education Act (RTE). Vignesh was student representative of NSS JEC Unit. He has successfully completed an internship at the National Institute of Ocean Technology.