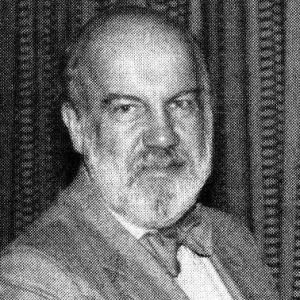 Richard E. Merwin, born in East Palestine, Ohio, on 2 October 1922, was a pioneer in the field of digital computer engineering and, at the time of his death, president of the IEEE Computer Society. A 1943 graduate of the Moore School of Electrical Engineering at the University of Pennsylvania, he participated in the development of the ENIAC Computer. He then organized the engineering effort for the MANIAC computer built at Los Alamos. He was elected a Fellow of the IEEE in 1975 for “development of ferrite core memories and computer hardware and software programs.” In 1978, he received the second SIGMMICRO Award for outstanding contributions to microprogramming.

After participating in the initial development of digital computing, he contributed to the commercial development of digital computers at IBM from 1951 through 1965. He worked on the IBM 702 and 705 computer systems and was engineering manager of STRETCH, the computer which pushed the technology of the 1950s to its limits. It was a major influence on the design of computers since that time.

An IBM Academic Fellow from 1961 to 1965, Merwin earned a doctorate from the University of Pennsylvania. He was deputy director of data processing for the U.S. Army ballistic Missile Defense Program Office until 1977. Merwin then joined the George Washington University in Washington, D.C., as a research professor of computer science, working on microprogramming, software management and distributed data processing.

Despite a busy and productive technical career. Merwin found time become a leader in professional societies. His generosity of spirit and genuine helpfulness was an important element in the progress of the computer profession. Merwin was active in several areas within the IEEE Computer Society, ACM, and AFIPS. A past member of the Society’s Board of Governors (1976–1977), he also served as editor of the IEEE Transactions on Computers (1975–1978), general chair of Compcon Fall 75, chair of the Compcon Fall standing committee (1975–1978), program chair of NCC 79, and general chair of Compsac 80. In addition, he was Computer Society vice president for publications (1979–1980) and IEEE Division V director (1978–1979). Within the ACM he held the post of chair, SIGMICRO (1971–1973).