Tune in to episode 500! Sergey Gorbunov of Axelar discusses blockchain interoperability, a technology that enables decentralized applications to work across multiple blockchain ecosystems.
IEEE Computer Society Team
03/10/2022
Share this on: 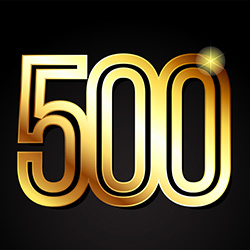 Since its founding in January 2006 by Markus Voelter, SE Radio has produced educational episodes every month — and now every week — on a variety of topics of interest to professionals in the tech world, focusing particularly on software engineers and developers. In 2012, the IEEE Computer Society took over the show from the founder, and we are overjoyed to announce that SE Radio has aired its 500th episode! In an interview with Sergey Gorbunov on the topic of blockchain interoperability, episode 500 explores technology designed to enable decentralized applications to function across various blockchain ecosystems.

What Is SE Radio?

SE Radio is actually a podcast; Voelter chose the name “Radio” because “podcast” was still a relatively unfamiliar term for many people at the time. SE Radio’s content is all original; it’s never a recording from another source or venue re-broadcast or reused.

SE Radio is managed by the volunteers and staff of IEEE Software, a popular magazine among software industry professionals.

SE Radio has quite a few notches in its belt. For example, some episodes on SE Radio clock as many as 30,000 downloads in the first 60 days after release. The downloads continue into the tens of thousands over time for each episode. According to some reports, that puts SE Radio in the top 5% of all podcasts, which is pretty stunning for a show that specifically targets an audience of only 0.3% of the global population.

Since 2017, SE Radio has averaged more than 200,000 downloads per month, and that number is steadily increasing. The show has had listeners from over 170 countries, demonstrating the global interest in SE Radio as an authoritative source for multiple disciplines and subjects in software engineering.

Now the podcast can add the completion of 500 episodes to its growing list of achievements and milestones!

Designed from the start as an educational resource, SE Radio features a rich back catalog. The program earns thousands of downloads every month from listeners who are just discovering the excellent content in legacy episodes that were first posted over a decade ago. Instead of focusing on what’s trendy at the moment, SE Radio examines topics that stand the test of time.

With a growing global audience of listeners, a lineup of professional hosts and guests, and a reputation for reputable and relevant podcasts, the next 500 episodes are guaranteed to be even better. We invite you to visit the SE Radio website and explore what the show has to offer, or listen on your favorite podcast platform. And once again we say: “Congratulations to the SE Radio team and all who have contributed to its achievement!”