Going Green: The Design and Operation of a Sprawling Energy-Efficient Data Center
By Lori Cameron 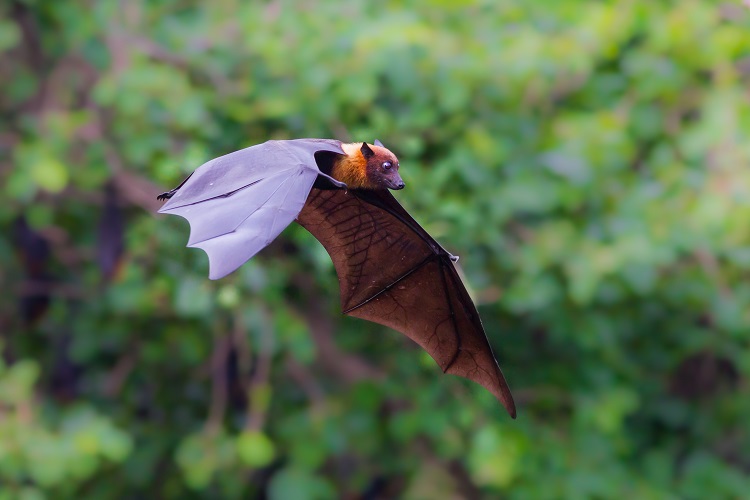 Several years ago, over 28,000 people contracted the Ebola virus and nearly half of them died from it. Although they can’t be sure, health officials believe the outbreak started when a young child in West Africa came in contact with a fruit bat.

Also known as “flying foxes,” fruit bats are of particular interest to data scientists and ecologists because they are known to carry the Nipah, Hendra, and Ebola viruses.

“The significance of wildlife tracking is further amplified for species that can carry virulent and potentially deadly diseases, as the movement of animals correlates highly with the likelihood that the disease spreads across the landscape, as was the case with Ebola spread by fruit bats,” write Philipp Sommer, Branislav Kusy, Philip Valencia, Ross Dungavell, and Raja Jurdak, authors of “Delay-Tolerant Networking for Long-Term Animal Tracking.” (login may be required for full text)

The researchers, who hail from ABB Corporate Research Switzerland and CSIRO’s DATA61—Australia’s leading digital research network—teamed up to test a new hardware and software animal tracking framework on flying foxes. They hope their system can be used to prevent the spread of deadly diseases such as Ebola and to support wildlife conservation in general.

A Constrained and Variable Energy Budget

Since animal ethics considerations limit the form and weight of electronic devices attached to animals, mobile nodes need to rely on tiny batteries for energy storage. Therefore, the “software needs to gracefully adapt to varying energy budgets and schedule sampling of sensors in accordance with the current battery state of charge, daily energy budget, and predicted activity of the mobile object,” say the authors.

Since wildlife can roam vast areas each day, the authors say “software framework must offer seamless communication with local data buffering to support situations when animals leave a known area for weeks and return to a different area, possibly hundreds of kilometers away.”

Because it might be impossible to recapture tagged animals again if their collars malfunction, the authors say it is important that the software framework provide for remote, wireless debugging and task configuration.

In response to these challenges, the researchers developed a three-tiered solution: mobile nodes (animal collars), gateways, and the cloud.

“We based our system architecture around a sparse network of gateways that communicate directly with mobile nodes to download the most recent data and use the Internet to connect to a cloud-based service to deliver sensor data and to synchronize the metadata among gateways,” say the authors.

Ethics regulations require that collars attached to animal weigh no more than 5% of the animal’s body weight. Fruit bats usually weigh about a quarter of a pound, so that’s 20 grams.

That means the collar must be tiny, yet energy efficient.

Next, gateway nodes must be placed strategically where animals tend to congregate. For fruit bats, those places are generally roosting camps where they can mate and raise their young. Gateways are connected to cellular networks or wi-fi links.

According to the authors, they “implemented a framework for Remote Procedure Calls (RPC) with low overhead using bidirectional radio packets between a gateway and a mobile node. [Their] framework provides the flexibility to implement high-level communication protocols for data downloads, remote configuration, or reprogramming on top of basic RPC commands.”

The third step involves connection to a cloud network. The bats fly where they will, the collars send data to the gateways, and the gateways transfer the data, via the cloud, to its final destination.

“The third tier in our system consists of a cloud-based web service. As bandwidth is less restricted between gateway nodes and the cloud services, we employ standard Internet protocols such as HTTP and encode data into JavaScript Object Notation objects,” say the authors.

While the current research focuses on animal tracking, the authors believe it has potential in other areas as well.

“While animal monitoring has helped motivate and mature our network architecture, we expect it to be useful more broadly in logistics to provide traceability of unpowered mobile assets across heterogeneous and spatially spread landscapes, such as food products in transit. An interesting direction for future research is how to leverage and direct mobile gateways, such as smart-phone-based gateways, to download data from nodes that never come within range of an infrastructure gateway,” they say.