How Robots Will Find You in Retirement Homes and Take You to Bingo: A Vision for Person Search and Task Planning
By Lori Cameron 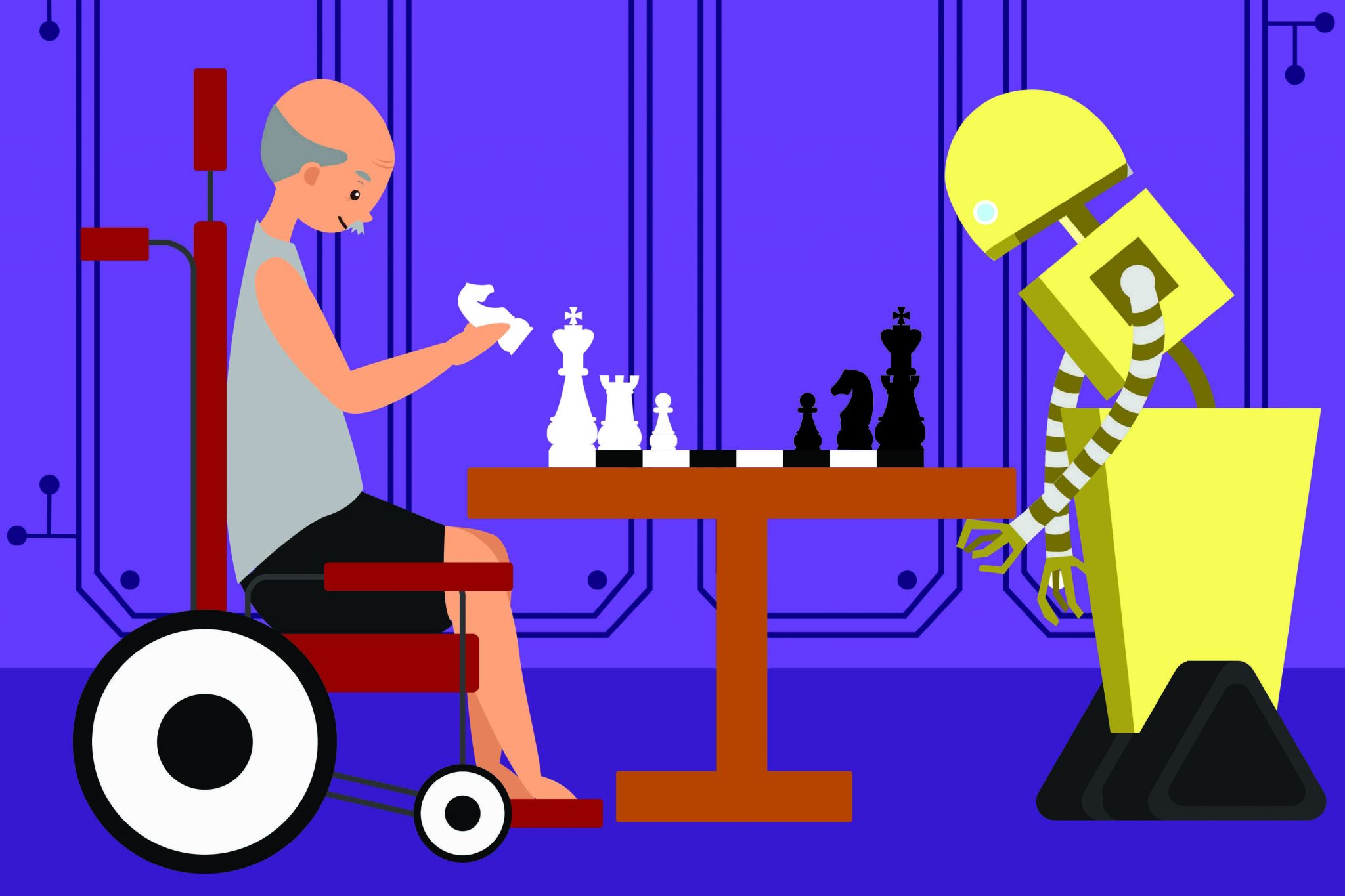 As the elderly population grows, the need to alleviate the workload of an already strained elder care labor force grows too.

“Our research focuses on the development and deployment of a general multi-robot system (MRS) architecture for a team of mobile robots that interact with human users. Within this work, the designed multi-robot task planning and execution (MRTPE) architecture is implemented to plan and facilitate assistive activities for multiple human users in a retirement home environment,” say Kyle E.C. Booth, Sharaf C. Mohamed, Sanjif Rajaratnam, Goldie Nejat, and J. Christopher Beck of the University of Toronto.

“At the beginning of the day, the team of robots must autonomously search for and find users in the environment, eliciting their availability and preferences for activities using the developed robot person search (RPS) system. The MRS (multirobot system) then uses the multirobot task allocation and scheduling (MRTA) system we developed to allocate and schedule these assistive activities over the remainder of the day. In addition to the integration of the novel components we propose herein, our architecture utilizes existing technology to achieve core autonomous robot functions (navigation, localization, and mapping),” the authors write.

The challenge involves a set of robots that must independently schedule twelve hours of activities, find participants, find a location for each activity, and keep themselves recharged the whole time.

Not really, say the researchers. The variables involved in planning a simple bingo game, for example, are extensive:

“Bingo game activities are group human-robot interactions (HRIs) in which users participate in a game of robot-facilitated bingo. Bingo games, G:={g1,g2,…,gUB1} G:={g1,g2,…,gUB1} are optional activities, 60 minutes in length, and occur in the games room. The multi-robot task allocation and scheduling (MRTA) system must determine which bingo games are played, which users participate in each game, and when the games will occur.

“A bingo game reminder is a single user HRI where the robot reminds the user of his or her participation in an upcoming bingo game. The set of bingo reminder activities is then defined by M:=∪ni=1MiM:=∪i=1nMi, where Mi:={mi1,mi2,…,miUB1}Mi:={mi1,mi2,…,miUB1}. A reminder is required for each of the users who have been assigned to play a bingo game. Each reminder activity is two minutes in duration and must occur prior to its associated bingo game,” the researchers write in their article “Robots in Retirement Homes: Person Search and Task Planning for a Group of Residents by a Team of Assistive Robots” (login may be required for full text) in IEEE Intelligent Systems.

Oh, and the robots have to scurry off from time to time to get themselves recharged.

How the system works

A layout of the retirement facility is divided into activity modules where the robots can plan, schedule, and lead the activities. Before breakfast, the robots survey the residents to find out what they want to do and when they want to do it. Information bounces back and forth among the robots from planning to execution.

“Whenever a start time is reached for a planned task, the execution and monitoring module sends the request to the corresponding robot’s activity manager, which then sends the activity request to the appropriate activity module. For example, during the information-gathering period, a request is sent to the information-gathering module for each region specified in the global plan. This module requests the robot to navigate to the specified region and then upon arrival, requests the local robot person search (RPS) to find target users within this region. The local RPS reports any users it finds to the information-gathering module, which then requests schedule and activity preferences for the day from these users. This information is then sent to the robot world database module and the system world database module,” say the researchers.

To test their system, the researchers turned a university engineering building into a make-shift retirement home and had students pose as residents.

“To validate the architecture’s utility in a physical MRS, we assess three real-world scenarios. The experiments are conducted on a multi-room floor of an engineering building at the university with multiple students representing retirement home users,” the researchers say.

After running the scenarios, the researchers found that planning activities took barely any time at all while executing them took a considerable amount of time, especially if the robots had to cover more ground.

“The runtime of the global RPS planner is consistent across all scenario sizes and takes a negligible amount of time. Plan execution, however, takes significant duration and increases as the size of the scenario grows larger: global RPS for the largest instance considered took just under 36 minutes, which is within the one-hour window allotted. The success rates for navigation, head scanning (the process of searching a specific region cell), and silhouette detection during execution range from 84.6 to 100 percent across the scenarios,” they write.

In spite of these successes, the researchers found that the roaming robots had a hard time identifying residents as they moved down the halls.

“User identification has the lowest success rate of all; users standing too close to walls/corners of regions weren’t consistently identified properly. This is an area we plan to improve on in future work,” the researchers said.

Related research on robotics in the Computer Society Digital Library