Computer Architecture: How a Metaphor Transformed the Computing Age. It Began with an IBM Industrial Designer named Eliot Noyes.
By Lori Cameron 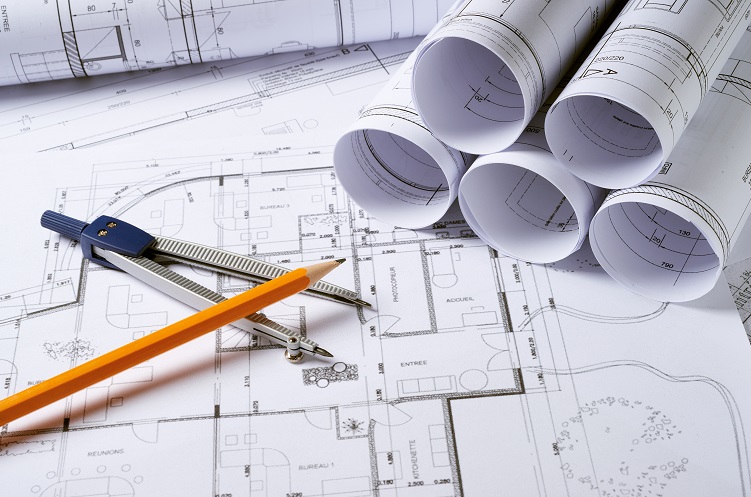 Thus began a tremendous shift in the computing community from the perception of computer design as purely utilitarian to one that includes beauty and cultural significance. Noyes’ use of the term computer architecture transformed computer engineering by applying principles drawn from modernist architecture—specifically, Ludwig Mies van der Rohe—to IBM industrial design.

The effect was revolutionary.

The term gained traction throughout the computing community, which stretched the definition to emphasize the structure of computers over living spaces, says architect and software developer David Halsted, who’s also an affiliated faculty member in the history department of the University of Illinois at Chicago.

In research entitled “The Origins of the Architectural Metaphor in Computing: Design and Technology at IBM, 1957–1964,” (login may be required for full text) Halsted describes how the computing community embraced the metaphor and extended its definition beyond the origins of conventional architecture.

Reinterpreting the computer in the “Miesian” tradition

The architectural metaphor gave Noyes a way to think of computers as more than mere tools; they could have aesthetic appeal too.

Noyes used architectural concepts in designing the physical structure of computers. Halsted describes Noyes’ reinterpretation of the computer in the “Miesian tradition” as capable of transcending mere utility to become “a cultural work in itself.” It gave Noyes the means to work through practical design issues, ultimately resulting in a “user-centered physical design that has been characteristic of computers ever since.”

Noyes met Thomas Watson, Jr., the son of IBM’s long-time CEO, when they were both serving at the Pentagon during World War II.

They became good friends, and Watson brought Noyes on board at IBM as a consultant.

In the beginning, Noyes’ work really did focus on architecture—the redesign of the IBM World Headquarters and the main IBM showroom in Manhattan. He also redesigned the typewriter. After Noyes completed these projects, Watson asked him to head up IBM’s design efforts across the company.

This led to numerous projects involving product design, exhibitions at trade fairs, interior spaces, logos and printed materials, and more buildings. Naturally, the design of IBM’s corporate spaces and branding paved the way for Noyes to turn his attention to the unique physical design of IBM’s computers themselves.

Noyes invoked Ludwig Mies van der Rohe (1886-1969), a German-born architect who gained fame in the United States as one of the 20th century’s greatest architects. He is often referred to as “Mies.”

Inspired by Mies, Noyes mimicked his use of visual openness and windows by stripping the computer of its gray panels and placing its inner workings behind glass. It was experimental and ambitious, but ultimately failed. The printed circuits were not “visually coherent” so the design team closed the whole thing back up except for the magnetic-core grid.

“The problem, it turned out, was that the circuits of a computer did not have any meaning for the machine’s human users. Noyes had encountered a revealing gap between architectural practice and the practices required to design a useful computing machine,” writes Halsted.

Ultimately, Noyes realized that a computer’s interfaces mean more to users—including programmers and system administrators—than its structure. Just as the controls of a home’s heating system are not the whole of the system, they are still the most significant part of the system to the inhabitants. This is a design principle that characterizes computer systems to this very day.

This same principle would be followed by others at IBM in creating software programs.

Building code, not writing it

“While the introduction of the metaphor may seem relatively natural for Noyes, who was a practicing architect, Brooks came at it from a different direction. Brooks was a trained computer scientist, a product of Howard Aiken’s pioneering program at Harvard. The architectural metaphor represented a way of understanding his own new and rapidly evolving field,” Halsted writes.

Brooks would write years later: “I still remember the jolt I felt in 1958 when I first heard a friend talk about building a program, as opposed to writing one. In a flash, he broadened my whole view of the software process. The metaphor shift was powerful, and accurate.”

Like Noyes, Brooks experienced his own failures, not the least of which was IBM’s Stretch project. Though powerful, the computer did not outperform other computing systems by a “factor of 100” as promised, forcing IBM to lower its price. What was supposed to jump-start IBM’s engineering teams ended up causing the company, and its CEO, tremendous embarrassment.

Nonetheless, as the metaphor took shape, Brooks learned, as did Noyes, that computer architecture—for all the aesthetics and cultural significance it can deliver—must focus primarily on the needs of the user.