Carries Stripped to the Bone: Episodes in the History of Coaxial Modular Digital Counters
By Lori Cameron 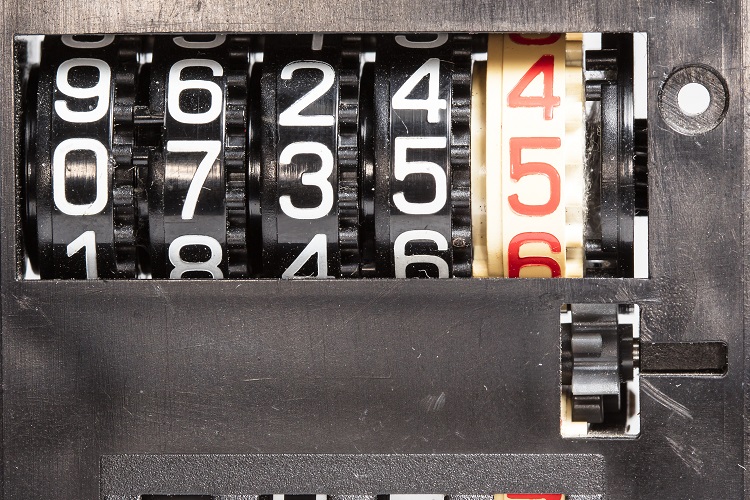 Although much has been written on the history of calculating machines, very little attention has been paid to the evolution of mechanical counters and their components.

Mechanical counters have been ubiquitous, and they had become so commonplace that little thought now is given to them. We could find such counters in many cars, where they served as odometer displays. They could and still can be found on other vehicles, such as bikes, on various machines, and so forth.

The most common construction for such counters is made of rotating disks, which are all similar and located on the same axis. Such counters also were components of cash registers and of various calculating machines. Although they look simple in appearance, and perhaps standardized, they have a history of their own. Many such counters have been built for a variety of purposes until the current counters became widespread and before their replacement by electronic displays.

In the article “Carries Stripped to the Bone: Episodes in the History of Coaxial Modular Digital Counters,” (login required for full text) which appears in the July-September issue of IEEE Annals of the History of Computing,  Denis Roegel analyzes three of the earliest known models of counters, which can be viewed as ancestors of the modern mechanical: the one by Péreire (1751), and those of Schwilgué (1844) and Évrard (1846).