Souping Up the Smartcar: How Big Auto Looks to Digital Titans Apple, Amazon, Google for Future Ideas
By Lori Cameron 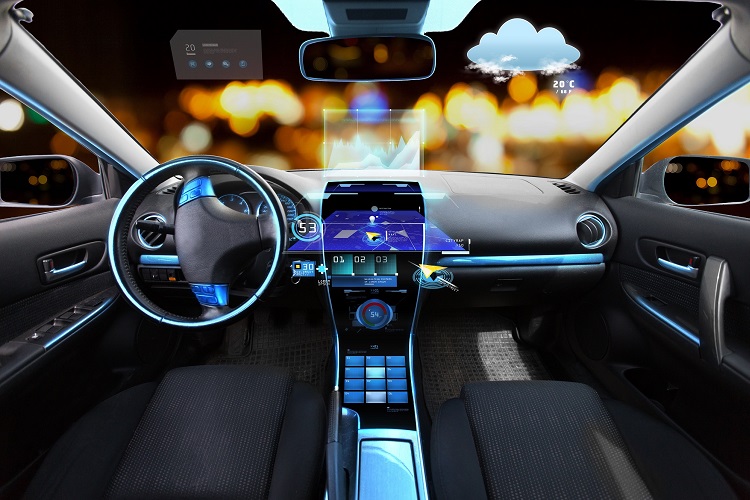 Imagine a vehicle that does more than drive itself. This car will serve as a second office, entertainment room, or even bedroom—all while driving you to your destination, dropping you off, parking itself in any available spot, and returning to pick you up.

Automakers are now planning the next big thing for autonomous smart cars, and they are looking at the world’s digital successes—Google, Apple, and Amazon—for future ideas, according to BMW researchers who recently authored “Future Automotive Architecture and the Impact of IT Trends” in the May/June 2017 issue of Computer Society’s IEEE Software magazine.

For example, researchers are studying what you are likely holding in your hand right now—your iPhone. Specifically, they are looking at the smartphone’s architecture, including Apple’s iOS operating system, to help provide personalization for each driver.

“Digitalization is creating opportunities that will change our understanding of mobility,” BMW electrical and electronic architects Matthias Traub, Alexander Maier, and Kai L. Barbehon wrote in their research.

“The automobile as part of the networked world will not only offer new possibilities for informing and entertaining customers but also lead the way by increasing the automation of comfort and assistance functions, moving toward autonomous vehicles,” they added.

The prototypes for these semi- or fully-autonomous vehicles are being developed by virtually all major auto manufacturers and are expected to reach the market within the next few years.

BMW, for instance, is touting a 2018 sports coupe in its Concept 8 Series in promotional language that sounds like something you’d expect in a new webpage: There will be a “new user interface design” and even a “digital experience.”

Advertisements aside, consumers who might find autonomous vehicles appealing also worry about safety.

Will the car be able to recognize and obey all traffic signs and signals? Will it crash while hurtling down the freeway at max speed? Can it navigate a blizzard?

Other concerns are legal. If a car gets in an accident, will the owner be responsible? If a car drives itself, will owners be required to get a license?

Here are four important things to know about the future of the smart car:

Currently, the top three causes of car accidents are distracted driving, speeding, and drunk driving, according to the National Highway Traffic Safety Administration. Autonomous vehicles are equipped with their own wi-fi networks, allowing them to recognize and avoid surrounding cars, pedestrians, and other obstacles.

Human error—which accounts for over 90% of accidents—according to an NHTSA report, would be largely eliminated, leaving any remaining likelihood of accidents to vehicle design quality.

Commutes will be shorter

Traffic will move at a faster, more efficient pace. Smart detection technology, developed by companies such as Siemens, allows cars to recognize each other, agree on the distance between them, and determine the speed at which they will travel. This allows as many vehicles as possible to fit on the freeway and move at faster speeds.

Such a scenario promises that stop-and-go traffic will be a thing of the past. Commuters can work, sleep, or entertain themselves while going to work, further reducing stress.

The air will be cleaner

More efficient driving will translate to fewer carbon dioxide emissions and less pollution. Improved emissions controls in the vehicle will improve the air even more.

The disabled and elderly will be more independent

Some current car modifications allow the disabled to drive—among them, hand-controlled pedals and modified steering wheels.

With autonomous vehicles, none of that would be necessary. Instead, design features can focus on comfort and maximum assistance for passengers. Exiting the vehicle, parking, and unloading goods would become much easier. Paraplegics, amputees, epileptics—even the blind—will have a freedom they could have never imagined.

What kind of electronic architecture will all of the above require?

A revolutionary one, say the editors of IEEE Software magazine.

“Rather than classic signal‐driven embedded systems, a service‐oriented architecture (SOA) approach is driving the next generation of cars. SOA provides abstracted services for the overall system. A stringent encapsulation and hierarchy enables tests with different interfaces, supports agile methods, and reduces system complexity,” editors Christof Ebert and John Favaro wrote, referring to the article by the BMW researchers.

This is one of the most important aspects car manufacturers are addressing in a ground-up redesign of the car concept we have today.

In their article, Traub, Maier, and Barbehon discuss how connectivity and infotainment have already made the car into its own IT system with cloud access. Because multiple electronics systems will control each aspect of the car, the inner workings will require a brand new, seamless, interdependent design.

“In the future, state-of-the-art methods and tools from the IT industry for designing [electrical and electronic] architectures will eliminate the current heterogeneous situation, creating a more homogeneous development environment,” they wrote.

The design of automotive IT systems also requires tougher industrial and governmental standards.

“Automotive electronics will remain different from classic software systems. The demand for safety, performance, usability, and security leads to the highest expectations of proficiency and quality,” say Traub, Maier, and Barbehon.

Read the full article in the May/June 2017 issue of IEEE Software. (Login may be required for full text.)