Five Ways Your Legacy Systems Hold Your Business Back 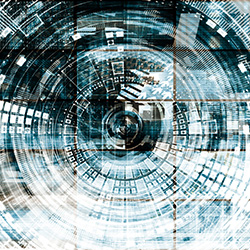 Imagine if UPS or FedEx still used 20-year-old technology to track their package flow or direct their fleet of delivery trucks and vans? Nobody would be getting text alerts when their package was on its way. They’d be overspending on fuel because they wouldn’t have the data to map the most fuel-efficient delivery routes.

Buyers and sellers enjoy a shipping and delivery experience they couldn’t have imagined not too long ago, thanks to companies that embrace digital modernization. As more businesses join the bandwagon, they will be able to experience new opportunities to streamline operations, uncover hidden value, and increase profit margins.

Unfortunately, those companies that still operate legacy systems—older systems, whether software, hardware, or both, that have been eclipsed by more advanced technology—could be left behind in the marketplace. Why? Legacy systems may not be supported any longer by the vendor. The vendor may not update it any longer, other than security patches. Regardless, if the vendor still supports an outdated system, a legacy system will show its hallmarks: difficult and expensive to maintain; complex, if not impossible, to integrate with newer systems in the digital environment; soaks up a disproportionate number of resources to operate and maintain.

Senior IT leaders participating in research conducted by Avanade see the potential in modernizing their systems. They believe that replacing legacy systems could decrease operating costs by as much as 13% annually and increase revenue by more than 14 percent each year.

So why do organizations hold on to legacy systems, despite seeing the competitive imperative of modernization? Some leaders think if it’s working fine, it ain’t broke. Often, that attitude only hides the fear of the uncertainty that comes with retiring one system and replacing it with something entirely new. They worry about the immediate disruption to operations and the potential that an unsuccessful transformation project could cause longer-term operational risks. At times the existing legacy system is so vast and complex that replacing it becomes a multi-year, multi-million dollar project.

In some cases, there just isn’t a will by leadership to prioritize digital modernization projects in the budget. Whatever the specific reasons, leadership needs to adopt the mindset that the risks to the business if it doesn’t modernize far outweigh the risks of stagnating with legacy systems. Here are five reasons why:

1. Legacy systems present a heightened security risk that increases the vulnerability of the entire organization. Old systems usually operate on obsolete security implementations. They can’t be hardened by applying a new security patch or updated version with better security. Nor were they built with the security needed to protect against modern security threats. Legacy systems are becoming targets of hackers because whatever security vulnerabilities they have as they reach their end of support phase remain vulnerabilities.

2. Use of legacy systems results in degraded performance and efficiency, making unlocking new value impossible. These legacy systems run on software designed for older hardware specifications, which is often either slow or unable to leverage the benefits of modern hardware. Limitations in hardware capacity, memory, and storage can cause older applications to buckle under growing transaction volumes. When unemployment insurance benefits applications spiked at the start of the COVID pandemic, too many state systems were unprepared to handle them. Some state UI systems run on the COBOL programming language and couldn’t be easily modified to handle the uptick in transactions. IBM and the Linux Foundation had to set up a special program to find experienced COBOL programmers to help these states meet the need. In contrast, Rhode Island, another state whose UI system was running on COBOL, had already started exploring the value of modernizing it systems pre-pandemic. As such, it was able to make the transition to the cloud quickly when it was needed to provide a higher level of service to people who now had to rely on unemployment insurance benefits.

3. Companies that use legacy systems start falling behind in the competition for the best human capital. Older software and programming languages are not taught in schools or training schools anymore. Consequently, the number of engineers who know these technologies is decreasing every day. Yet the human capital challenge posed by legacy systems goes beyond a shrinking labor pool. Most technology employees want to grow their experience working with modern technologies. It’s a more interesting tech stack to work with and keeps them competitive in their fields. Organizations that can’t offer potential employees a modern tech environment will find it difficult to attract the best talent.

4. Older systems compromise efforts for good data governance. They still use older data creation and outdated methodologies. They’re likely using flat files, relational databases, and other dated methods that fail to use modern data storing and management technologies. While poor data management can hold back an organization’s ability to innovate and provide the smoother user experience people have learned to expect, the other costly risk to legacy data management is the risk of non-compliance. Increasingly, data management compliance standards, such as the California Consumer Privacy Act (CCPA), GDPR, and HIPAA, include requirements on how to store, archive, and destroy data, especially personal information. Inability to comply with these requirements opens the organization to fines, penalties, and public ill will.

5. Reliance on legacy systems can result in diverting resources and hindering innovation. The old technology is a barrier to innovation, from hardware not built to meet contemporary demands to making it harder to hire the best people. This problem is compounded by the costs of operating and maintaining the legacy system. A 2018 Deloitte survey found that the average enterprise spends 57 percent of its IT budget on supporting business operations and only 16 percent on boosting innovation. Instead of funding innovation, legacy systems take up resources and budget for things like absorbing higher costs to find hardware replacement spare parts to back-training new employees on obsolete technologies.

The first step to modernization

People working on the front lines need to talk with their supervisors about the costs of not modernizing. Each step in the reporting chain needs to continue these conversations upward, until there are some modernization evangelicals among the executive leadership who can start pushing talk towards action.

Any organization that is slow to progress on digital transformation needs people inside it to start promoting an attitude shift that recognizes modernization is a competitive imperative to remain viable. Otherwise, the organization running outdated systems will become an outdated organization.

Priyanka Godwal is an IT project manager with 11+ years’ experience implementing large scale technology projects including cloud native IT systems development over modern cloud platforms such as Amazon Web Services, Google Cloud and Microsoft Azure. She holds an MBA from Portland State University and is currently employed at C4i Technologies. For more information, please email; priyankagodwal@gmail.com. 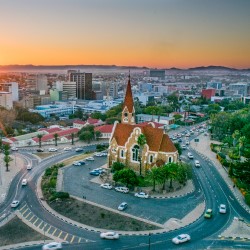 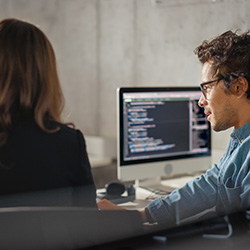 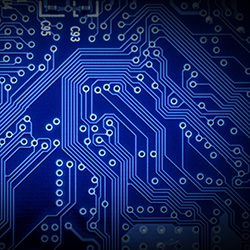 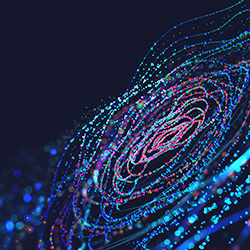 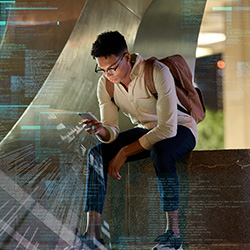 Should Engineering Curriculum Include Cybersecurity and AI Research? 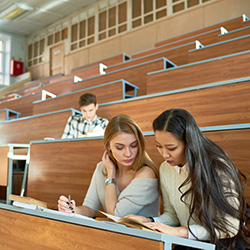 Are Dual Degrees in Engineering and Education the Future of Computer Science Leaders?