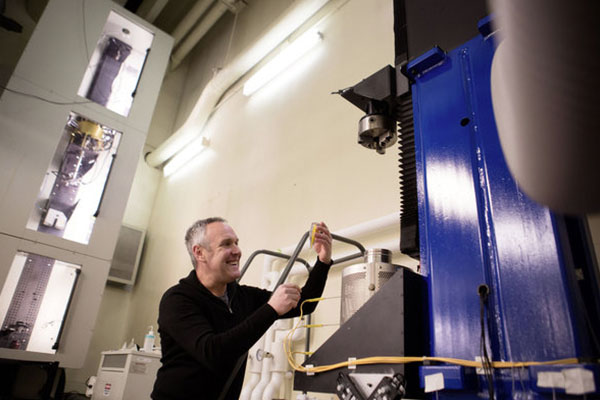 A generation from now (or probably much less), your blue jeans might tell you that they really need to be washed. Or your blue blazer might complain that that hideous Christmas gift tie you got from Aunt Mabel just doesn’t cut it with your dress shirt and slacks.

Seemingly far-fetched? Perhaps not. Tomorrow’s smart clothing, according to Finland’s VTT Technical Research Centre, will automatically adjust itself according to the wearer’s actual needs. In fact, the Centre has already developed a technology based on its ‘Human Thermal Model’ calculation tool that can be used in smart fabrics and clothing—it’s able to determine whether the wearer needs to be cooled or warmed based on data measured from the wearer and the environment.

According to VTT Principal Scientist Pekka Tuomaala, one potential application is in hospitals.

“Wearable technology can help surgeons if they get too hot during an operation; hospital patients have also stated that their most unpleasant experience is feeling cold after surgery,” said Tuomaala. “Body temperature can be individually adjusted—when a smart blanket identifies the person, it measures the ambient temperature and adjusts the blanket’s temperature to meet the patient’s actual needs.”

Smart garments are also expected to be the largest and fastest growing segment of the wearables market, according to market research firm Gartner, which predicts 26 million units will be shipped this year.

And Nanowerk, a nanotechnology portal, said one future development could be nano-sized generators that have piezoelectric properties enabling them to convert into electricity “the energy created through mechanical stress, stretches and twists of fabrics. Such energy-scavenging fabrics could eventually lead to wearable ‘smart’ clothes that can power integrated electronics and sensors through ordinary body movements.”

Meanwhile, a recent U.S. Defense Department $320 million initiative is creating an institute to be known as Advanced Functional Fabrics of America (AFFOA). In essence, it’s going to be a national manufacturing resource center for industry and government that can also draw on academic expertise in new textiles and fibers. The initiative is comprised of 50 companies and universities. Examples of the former include Analog Devices, Corning, DuPont, Intel, Medtronic and Nike; some of the latter include Carnegie Mellon, Drexel University, and MIT. 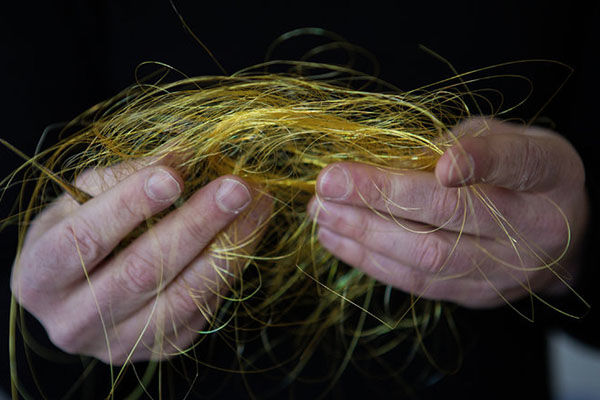 “Fibers and fabrics are among the earliest forms of human forms of expression, yet have changed very little over the course of history,” said Yoel Fink, director of MIT’s Research Laboratory of Electronics. “All this is about to change as functional fiber and yarn technologies meet traditional textile production and yield new products by design.”

Fink added that he expects AFFOA will become a focal point of innovation in production and manufacturing, “realizing the vision of advanced functional fabrics for the benefit of consumers as well as our men and women in uniform.”

It’s just the tip of a ‘fabric revolution.’

Tell that to your blue jeans. If they’re in a good mood, they might answer back.