Smart Cities: The Future Is Now
By Neal Leavitt 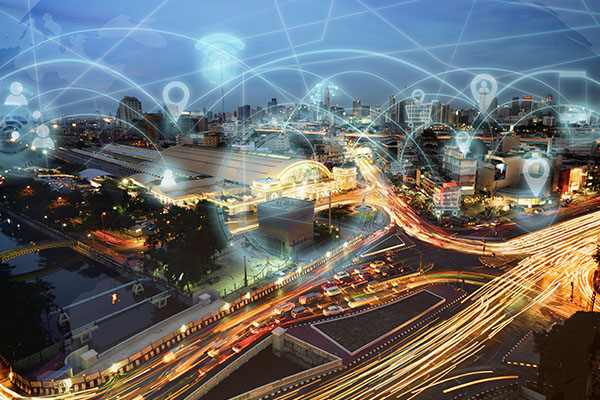 With the world’s population now exceeding seven billion, many municipalities in both emerging markets and developed nations are paying closer attention on how they manage their infrastructure and resources.

A number of larger cities are well on their way to becoming smart cities. Market research firm Frost & Sullivan succinctly sums up how these cities are now being defined – built on solutions and technology leading to the adoption of at least five of eight smart parameters – smart energy, smart building, smart mobility, smart healthcare, smart infrastructure, smart technology, smart governance and smart education, and smart citizen.

That’s a whole lotta ‘smarts’ to digest. And it’s a potentially huge market – valued at $1.565 billion by 2020 according to Frost & Sullivan.

Depending on whose definition of a smart city you accept, at the end of last year, for instance, IHS Technology estimated there were 21 smart cities worldwide, slated to increase to 88 by 2025.

And many of these cities have already rolled out an array of innovative technology solutions.

But to quote from that cheesy 1971 Carpenters song, ‘we’ve only just begun.’

Mike Steep, SVP of global business operations at PARC, a Xerox company, is also a distinguished visiting scholar at Stanford University. Writing in Forbes about the future smart city, Steep emphasized that we don’t just live in a city – we cross its layers daily.

“In the simplest view, cities have three layers: the underground level, the surface and the airspace. In a Smart City, there’s a corresponding parallel universe of data-collecting sensors integrated within each stratum,” said Steep.

“Today these systems are being augmented with sensors, digital arrays, and hubs to monitor every aspect of their activity.  If the earth shakes, whether from a train or a seismic event, the data will be accurately captured,” said Steep.

Steep added that the truly connected city “begins to emerge in how data is managed across all three physical layers.  Data analytics becomes the glue, that when managed well, dramatically improves your experience of life.”

And when implemented wisely, said Steep, smart cities will put each of us “at the center of far-reaching civic and commercial networks…points of connection will be everywhere – smartphones, clothing, cars, benches, buildings, parking meters, speed bumps, shop windows, and more.”