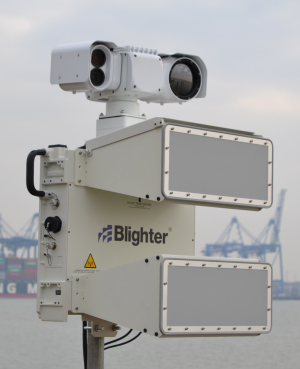 Pundits for the past year or so have been lauding about the wonderful things that drones will do for us – now we’re trying to figure out how to shoot ‘em all down.

Earlier this year in another Computing Now post, I wrote that the Consumer Electronics Association estimates about 425,000 drones will be sold by the end of the year – this represents roughly about $130 million in sales. And by 2018, the annual market will probably exceed $1 billion. Drones are proving useful across an extensive array of industries – real estate, agriculture, and show promise for delivering products (Amazon’s been researching/developing package deliveries via drones), even medical.

But as with every burgeoning industry, there are plenty of bad apples out there that twist new technologies to suit their own nefarious purposes. In recent months there have been numerous instances of drones interfering with commercial aviation, even fire-fighting efforts.

Efforts to quell the San Bernardino, CA freeway fire earlier this month, for instance, were hampered when drones were spotted hovering above the flames. Helicopters trying to douse the fire with bucket brigades had to temporarily cease operations because officials were worried that the choppers might collide with the drones.

And back in April, a graffiti artist used a hacked Phantom drone to paint a huge red scribble across fashion model Kendall Jenner’s face on a six-story tall Calvin Klein billboard in New York City. Wired reported that it marked the first time a drone was used for a major act of public vandalism.

Even the U.S. military sees the need for technologies to defend against rogue drones.

Defense Systems reported last year that the U.S. Army issued a sources sought notice for information that can help develop what they call a Counter Unmanned Aerial System (CUAS).

“U.S. forces will be increasingly threatened by reconnaissance and armed unmanned aerial vehicles in the near and far future,” the solicitation says.  The Army said those threats exist at all levels – from micro-sized to large UAVs. 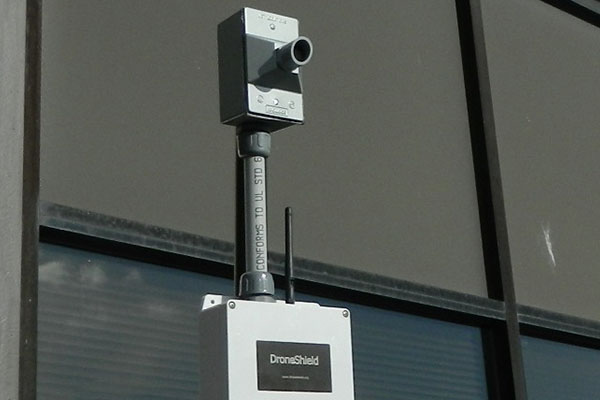 Not surprisingly, then, a whole new cottage industry is emerging – anti-drone defense systems.  While a few manufacturers have already built ‘no fly zone’ restrictions directly into some drone models’ onboard firmware, a number of companies are attempting to carve out a niche with innovative drone detection and warning systems.

Washington, D.C.-based DroneShield uses off-the-shelf weatherproof microphones and Wi-Fi hotspots or cell connections to transmit acoustic data. According to DroneShield, alerts are sent digitally or over the radio and can be liked to alarm and security response teams. Customers pay anywhere from $1,000 on up depending on the number of sensors installed. The company recently set up 10 temporary sensors on light poles along the race routes (for free) for this year’s Boston Marathon.

In May, three British tech companies teamed up to develop the Anti-UAV Defence System (AUDS) that has been tested in South Korea along the demilitarized zone (DMZ), and in other areas worldwide. A May 19 press release indicated that AUDS integrates an electronic scanning air security radar from Blighter Surveillance Systems; an electro-optic director, infrared and daylight camera and target tracking software from Chess Dynamics; and a directional radio frequency inhibitor/jammer system from Enterprise Control Systems. The AUDS is supposed to be able to “detect, track, classify, disrupt and neutralize drones” at ranges up to about five miles.

So it’s a safe bet that for the foreseeable future, the anti-drone business will fly high.