Selfies: Evolving Technology May Be a Boon for Business
By Neal Leavitt 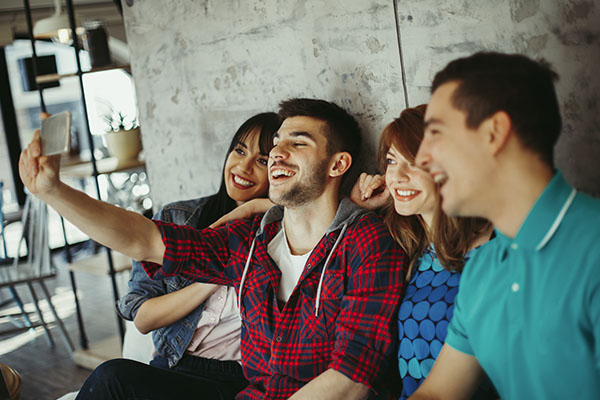 The technology is sublimely simple – with a smartphone or webcam, take a self-portrait, upload it to a social media website. Have a drink, read a book, watch some TV, in short, let the ‘selfie’ percolate and if it’s interesting/compelling, or just flat out weird, it’ll probably go viral.

The ‘selfie’ phenomenon has grown exponentially. BGR, for instance, estimates more than 250 billion selfies will be taken worldwide this year.

People from all walks of life have embraced selfies. In fact, The Guardian reports that UK farmers are posting ‘felfies’ – a selfie snapped on the farm.

“But it’s not just for fun – social media is a lifeline for people in a lonely profession…the ‘felfie’ is taking off, with farmers posting photos of themselves next to their favorite sheep, cow or tractor,” noted The Guardian.

Off the farm, businesses are also finding innovative ways to utilize and market the selfie.

Squadrone System, a Palo Alto startup, has created HEXO+, an aerial drone enabling people to record footage of themselves.  Headline & Global News (HNGN) reported that the semi-autonomous drone is being marketed to extreme sports athletes who want to film their stunts from a bird’s eye view.

The helicopter-based drone, noted HNGN, accomplishes its maneuverability by predicting a user’s movements and adapting to situations for optimum filming “with the help of anticipatory algorithms and a protocol called MAVLink that communicates with a user’s Android or iOS smartphone.”

HNGN added that users operate the drone via the included app to define the filming perspective and adjust the height, angle and distance. After receiving the settings, the drone takes off automatically, hovers in its position and waits for users to move. Then it moves along with them, automatically maintaining framing. The machine also tracks GPS coordinates on the phone to determine where users are at all times.

A couple hours north of Palo Alto in Sacramento, yet another startup, iSnap, is using photo kiosks to help businesses boost their social marketing skills. iSnap has 450 photo stations in seven countries; photos generated from this network currently exceed 1.5 million.

With iSnap, you take a picture, upload it instantly to Facebook or Twitter for free – a cell phone isn’t needed to post the selfie. Businesses like the Esquire IMAX Theater in downtown Sacramento buy the kiosk, noted News10 (ABC News affiliate in Sacramento).

“What they get in return are branded photos shared online in real time and access to their customers emails and social networks,” said News10.

And a suite of iSnap analytics software allows a business to track everything happening in its venue. As reported on the iSnap blog, this is everything “from data capture to running promotions via third party APIs and demographic insight. For instance, small restaurants, doctors and family entertainment centers use the products to deliver coupons and specials.”

iSnap says its technology can help businesses in a wide variety of ways.  One example – capturing new Twitter followers on the photo station.

There have also been numerous creative uses of the selfie by companies.

#MuseumSelfie day – Held on Jan. 22, this was a Twitter project that raised awareness of great collections housed by national and regional museums worldwide. The initiative generated thousands of artistic images, with the goal of encouraging people to support and visit museums.

The app also included a ‘Bite Your Friend’ feature, added Sparksheet, which “let users turn a friend’s selfie into a photorealistic zombie. It also included a gamified element – contestants can upload their self-portraits for the chance to have them shown on TV.”

The promotion was wildly popular – the app was downloaded 3 million times; 100 million+ photos were viewed in the app.

Lastly, Johnson & Johnson launched in 2013 a ‘Selfless Selfie’ campaign – participants were asked to subscribe to the company’s Donate a Photo app.  For every photo uploaded, Johnson & Johnson contributed a buck towards a charity of the user’s choice.

Selfies are undoubtedly self-centered – no sh_t, Sherlock – that’s why they’re called that.  But properly implemented, they’re fast becoming yet another tech tool for businesses to generate product buzz and help drive sales.