Organ-on-a-Chip Could Aid Drug Discovery, Be the Shape of Medicine to Come
By Neal Leavitt 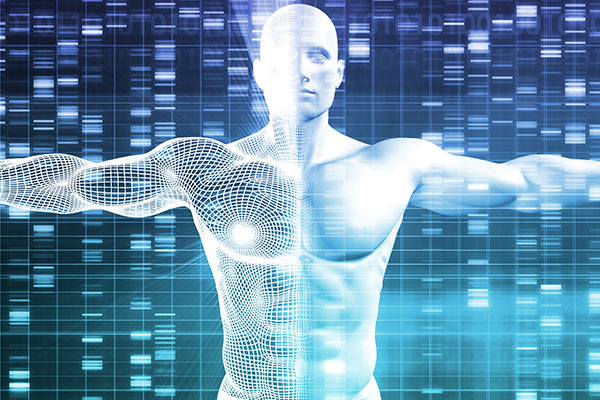 Culturing 3D human tissue on a microchip isn’t new. Like system-on-a-chip (SoC), which shoehorns most of a digital computer into a single chip, an organ-on-a-chip is designed to replicate human organ functions (including activities and mechanics like blood and oxygen flow) on a transparent, flexible microchip. These microfluidic devices which, in effect, are 3D cell culture versions of real organs, already exist for artery, cartilage, gut, heart, kidney, and skin.

As for practical, real-world apps, the field is nascent and there are still major governmental and pharma hurdles to be addressed before marketplace adoption.

But we’re getting closer.

Harvard’s Wyss Institute for Biologically Inspired Engineering has been pioneering research in organ-on-a-chip; their scientists unveiled in early May what’s being generically called bone marrow-on-a-chip

As reported by Genetic Engineering & Biotechnology News (GEN), bone marrow-on-a-chip reproduces the structure, functions, and cellular makeup of bone marrow. The researchers indicated there could be a number of potential applications, particularly as a drug testing platform.

“This biomimetic microdevice offers a new approach for analysis of drug responses and toxicities in bone marrow…it models organ-level marrow toxicity responses and protective effects of radiation countermeasure drugs, whereas conventional bone marrow culture methods do not,” noted the researchers in a May 4 article in Nature Methods.

“This could be developed into an easy-to-use screening-based system personalized for individual patients,” said Dr. James Collins, a Wyss Institute faculty member. “It could also be used to maintain a cancer patient’s own mirrors temporarily while undergoing marrow-damaging treatments like radiation therapy or high-dose chemotherapy.”

And other potential apps may look like sci-fi right now, but could be reality someday.  Last September, ExtremeTech reported that the US Army is working on a human-on-a-chip that might be used to someday test new chemical weapons – and to explore treatments to exposure to chemical weapons.

“Long-term, it’s easy to imagine that these chips will be used as the basis for sentient, human-like robot soldiers – much like the humanoid Cylon ‘skinjobs’ in Battlestar Galactica,” noted ExtremeTech.

While that may seem a little far-fetched, what’s not is how 3D printers are playing a more integral role in accelerating the development of organs-on-a-chip.

Dr. Anthony Atala, director of the Wake Forest Institute for Regenerative Medicine, said the tests being conducted at the institute are the first to combine several organs on the same device, which models the human response to chemical toxins or biologic agents.

“We’re working to print miniature hearts, lungs, blood vessels, and livers onto chips that will be connected with a blood substitute. The system has the potential to speed up the development of new drugs because it could potentially replace testing in animals, which can be slow, expensive, and not always accurate,” said Atala.

There are also anti-terrorism aspects to the project – some of which include toxicity testing and identification. In fact, the $24-million project is being funded by the Defense Threat Reduction Agency (DTRA), a division of the US Department of Defense. Atala said the technology could be used to “predict the effects of chemical and biologic agents and to test the effectiveness of potential treatments.”

“If successful, the program would significantly decrease the time and cost needed to develop medical countermeasures which would have a direct and positive effect on the ability of the US government to respond to a chemical or biological attack,” added Dr. Clint Florence, acting branch chief of vaccines within the Translational Medical Division at DTRA.

“There’s a billion dollars for every drug that fails in clinical trials and the drug pipeline is notoriously sluggish and expensive with a lot of high value dropouts. If we can get it to work in a cost-effective way, it’s going to be big,” said John Wikswo, director of the Vanderbilt Institute for Integrative Biosystems Research and Education.

Long-term, there’s broad market opportunity extending beyond the pharmaceutical industry. Some, as outlined by the Wyss Institute, include the chemical and nanotechnology industries, stem cell and regenerative medicine companies, the cosmetics industry, and more.

Organ-on-a-chip appears to be on the cusp of being a disruptive technology that could benefit literally millions of patients worldwide. It’ll be exciting to watch how it plays out over the next few years.