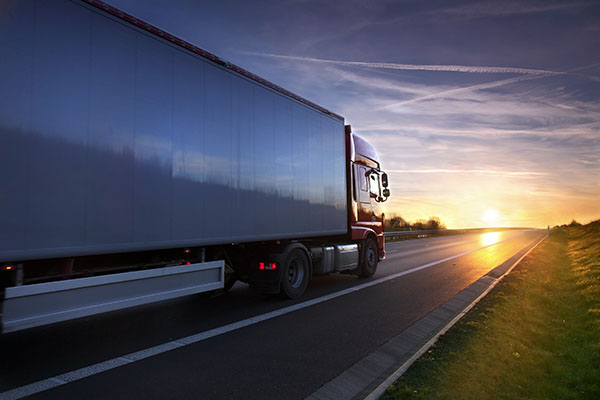 If you were an independent trucker way back then, you probably used your CB (Citizens Band) radio to communicate, and relied primarily on freight brokers and dispatchers to find loads, with brokers taking a cut ranging from 10-30%.

And while truck stop bulletin boards are still used as well to find shipments, 21st Century technology is helping to reinvent the trucking industry, which, according to the American Trucking Association, generated $700.4 billion in revenue last year. The association also estimates there are 3.4 million drivers; 350,000 of whom are independent owner-operators.

Over the past couple of years, according to Fleet Owner, truckers have tapped in to an array of mobile business applications that are helping to strengthen a fleet’s competitive advantage and assist with regulatory compliance. They include weigh station bypass, proof-of-delivery, routing, automated hours-of-service logging, vehicle inspection solutions and dispatch applications. And using data collected from mobile devices connected to the truck, fleets are becoming more competitive by reducing fuel use and detecting and correcting vehicle-operating problems.

Paperwork is also being greatly reduced. Joab Schultheis, director of IT development for Atlas Van Lines, said “if you have a large shipment, you could be dealing with 25–30 pages of handwritten inventory.”  He added that mobile apps allow drivers to digitally log inventory and cargo which helps reduce errors due to improperly logging paper documents.

What’s now cropping up are a bevy of startups offering mobile apps designed to make trucking more efficient.  These apps are especially proving useful for independent owner-operators, who heavily rely on brokers to match them with freight.

One innovative app is Carrier Dashboard 4.1 from Total Quality Logistics (TQL). It claims to be the first mobile app in in the trucking industry providing speak-and-search technology.  According to Kerry Byrne, TQL’s president, the app uses a form of artificial intelligence to improve performance; it can also recognize regional accents and filters out most ambient noise.

“The app allows drivers to search for loads with voice commands; the faster carriers can find loads, the easier it is for them to satisfy customers’ delivery requirements,” said Byrne. He added that when it’s time to go home, drivers ask the app to ‘Take Me Home’ and it will find them a load heading back to their hometown.

Another popular mobile app is Keychain from Keychain Logistics, which uses geolocation information and data on truckers’ schedules and most commonly traveled routes, to match carriers with loads. The company’s founder, Bryan Beshore, believes that brokerages are passé; to wit–—more than 20,000 drivers have downloaded the company’s app.

“If you can create an exchange that serves both parties better, you will find supply and you can find demand,” he said.

“Trucks are fuller more of the time and are taking shorter routes to pick up shipments,” said Kessler.

The net result is that truckers’ smartphones have become an invaluable tool that is increasing efficiencies, economies of scale, and added yet another layer of digital dust to those CB radios.