Is It Time Now for Smart Guns?
By Neal Leavitt 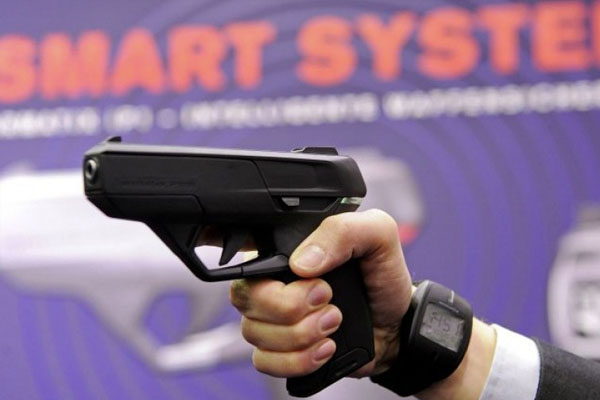 The tragic Charleston shooting last week has again brought the national conversation about gun control front and center.  Concurrent with that has been a lot of Internet chatter about smart gun technology.

The technology is ready. Some smart guns utilize RFID, others employ biometric sensors; another recent approach is grip recognition.

There is definitely a need.  According to FBI statistics, from 2004-2013, 33 police officers were murdered with their own weapons. And just a few days ago, New Orleans Police Department Officer Daryle Holloway was transporting a man wanted for outstanding warrants to the Orleans Parish Prison when the man allegedly freed himself from handcuffs, grabbed Holloway’s weapon, and shot Holloway as he drove. The officer later died at the hospital.

Some other noteworthy statistics:

And some examples of the different technologies:

The term ‘smart gun’ is actually trademarked by family owned and operated firearms manufacturer Mossberg (established 1919). As reported in Engadget, the company is developing a smart shotgun that uses magnetic spectrum tag technology powered wirelessly by a battery inside the gun.  When the RFID rings come within a certain distance of the gun, they’re powered on and send a signal back to the firearm which disables the safety.

An enterprising Boulder, CO high school senior, Kai Kloepfer, designed a smart handgun for a science fair project that fires only when a finger it recognizes is on the grip.  More than a thousand fingerprints can be authorized per gun. The design garnered a grand prize at the Intel International Science and Engineering Fair; Kloepfer also snared a $50,000 grant from the SmartTech Challenges Foundation to further develop the technology and hopes to eventually license it to a manufacturer.

The New Jersey Institute of Technology (NJIT) developed a prototype last year that uses what they call a Dynamic Grip Recognition system – sensors in the handle identify pressure patterns exhibited by a user.

And also last year, weapons designer and executive Ernst Mauch developed the Armatix iP1, a semiautomatic pistol that only works if its user wears a wireless wristband that broadcasts on a specific frequency.

Despite all of the aforementioned advances, there are technological hurdles to overcome.  Roger Parloff, writing in Fortune, said that “for a fingerprint-reading gun, can it be made to work with blood, mud, or gloves on your hands? For an RFID gun, like the iP1, what happens if you lose the watch, or an assailant grabs it away? For any smart gun, what happens if the batteries run out? And just how superior are smart guns to old-fashioned gun locks?”

And what happens if the weapons are hacked or jammed remotely? Even if a particular technology is 99.9 percent accurate, that 0.1 percent failure rate could mean fatalities.

The U.S. Congress recently took up the issue. The Handgun Trigger Safety Act of 2015 introduced on June 2 by Sen. Edward Markey (D-Mass.) and Rep. Carolyn Maloney (D-N.Y.), would mandate that gun dealers be required to install smart gun technology that fires only if it recognizes the shooter, such as the person who bought the gun or someone they designate as an authorized user.

According to The Hill, the bill would require gun manufacturers to install smart gun technology on all new handguns beginning in 2020; and within 10 years, gun dealers would also have to retrofit used handguns with smart gun technology. The legislation, said The Hill, would set up a fund to reimburse gun dealers for the retrofitting and provide research grants to improve the technology.

As you can imagine, smart gun technology is a political hot button and there many divergent viewpoints.

“I’ve never been more optimistic about personalized guns than I am now,” said Stephen Teret, founding director of the Johns Hopkins University Center for Gun Policy and Research.  “It’s going to happen – American gun companies can either get on board or they can become Kodak.”

“Groups with no technical knowledge and who have a political agenda view this technology as a panacea,” said Larry Keane, general counsel of the National Shooting Sports Foundation. “There are significant challenges with marrying electronics and firearms.  A gunshot generates a lot of energy and vibration.  Guns require lubricants and solvents, which are hell on electronics. The smart gun is still largely a concept – our industry has never opposed the research and development of firearms equipped with authorized-user recognition – but we have yet to see one that is fully developed, safe and reliable”

With the intelligent pistol seemingly caught in the crossfire, it’s impossible to predict how this will all play out. Hopefully the end result will be something that saves lives.