Getting Help from the Home Country Proving Essential for Foreign Startups in the U.S.
By Neal Leavitt 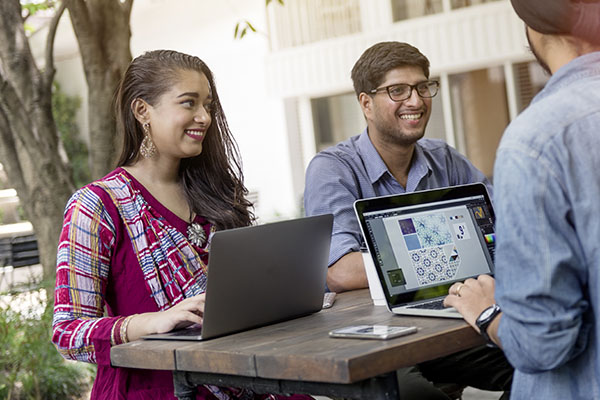 Last month’s digital roundtable on IoT got a lot of traction/responses; decided to use a similar format for this piece.

It’s challenging enough trying to generate some noise and buzz about your product/service/app if you’re a U.S.-based startup.  Cracking the U.S. market can be daunting.  But if you’re a foreign startup, the difficulties are manifold.

Fortunately, many countries and private organizations have realized this and have rolled out extensive programs and services to bolster the success rate for these nascent companies on this side of the pond.

What are some of the challenges foreign startups face in trying to break in to the U.S. market?

Serman:  The most important challenge is cultural. The way business is done in the U.S. is different from European markets, e.g., pitching an investor or a potential client, conducting meetings, designing your marketing campaigns, recruiting talent, even changing  your business model in 24 hours if need be. And in the U.S., things move very fast! So French companies must adapt their behavior and strategy in order to succeed.

Torre: Startups that are really serious about the U.S. market should first explore the idea of raising seed money in the U.S., e.g. through accelerators like Y Combinator, 500 Startups or Plug and Play. This is a great way to “Americanize” your startup and have it automatically introduced to local venture capital firms with deep pockets.

Wat: It is an extremely competitive sector and market, one that has been targeted by governments, entrepreneurs and companies from around the world.

Young: Foreign companies entering the U.S. market for the first time have a lot to wrap their head around: the size of the marketplace, the legal and financial environments, business practices, culture, and the demand of U.S. consumers as well as the level of advancement of the U.S. consumers. Companies often don’t realize that each state, as well as cities, differ in these areas and require detailed due diligence. Furthermore, we see firms not localizing marketing materials such as pricing, as well as customizing products for the U.S. market.

How do you help promote startups in the US?

Serman: Supporting and promoting French startups in the U.S. is a top priority for the consulate.  To support this, we created an accelerator, the French Tech Hub, dedicated to support French startups. The program provides mentoring, assistance with marketing strategies and advice on how to develop new business and recruit their team. The consulate has also started to build up a “French connection” in Silicon Valley – there are more than 60,000 French nationals living in the Bay Area and at least 25% of them work in the tech sector. And UBIFRANCE, our trade office, supports French companies in the U.S. market by providing a wide array of services (strategy, marketing, introductions to clients or investors). UBIFRANCE recently launched ubi/o, which targets promising French tech companies. Participants will use ubi i/o’s 10-week accelerator program to kickstart their business in Silicon Valley, and introduce their outstanding technologies to the American market.

Torre: A lot of Western EU countries (and a few regions in these countries) and their trade/commercial agencies have established a presence, especially in the Bay Area, starting their own accelerators or participating with local startup accelerators/co-working spaces like US MAC (US Market Access Center), Plug and Play,  PARISOMA or bi-national chambers of commerce. Most of the EU government agencies have yet to integrate standard U.S. funding practices (raising money with U.S. angel investors and venture capital firms) probably because of the fear that these companies could become U.S companies too early (moving their headquarters means paying less tax on revenues in the country of origin) or could be acquired by U.S. companies too early (risk of losing strategic IP in the country of origin, risk of layoffs, etc.). Only Ireland could be a counter- example since it raised $100 million in Silicon Valley to support/fund Irish startups there. EAEC, for example, works with a number of California incubators and accelerators.  EAEC creates and provides special fee and success fee-based acceleration programs which include custom advisory boards to validate/challenge startups’ business plans and business development efforts, as well as low-cost recruiting services.
Wat: British Columbia has expanded its international network of trade and investment offices to connect B.C. businesses with investment and opportunities throughout Asia, Europe and the United States. The British Columbia Trade and Investment offices in California are our hub for programs located in the San Francisco and Silicon Valley area, Los Angeles and Sacramento. British Columbia and the Western United States enjoy long-standing cultural relationships and extensive business connections. British Columbia has also built strong relationships with technology centres in California’s Silicon Valley and Cambridge, MA. British Columbia’s Global Business Accelerator program, in partnership with the Trade Commissioner Service of Canada, assists companies starting up in the fields of high-tech, digital media, clean tech and life sciences.

Young: UK Trade & Investment (UKTI), the foreign commercial arm of the UK government, is collocated in all of the British consulates across the US network. UKTI not only offers free support and independent expert advice to US companies looking to invest in or locate to the UK, but we also run programs (UKTI Digital Mission and our Overseas Market Introduction Services) for British firms that are interested in partnerships as well as registering a U.S. entity. Many of the companies we assisted have set up successfully in the U.S., in some cases with multiple U.S. locations.

We’re also very heavily involved in the cross-governmental GREAT Britain campaign, a major international marketing campaign designed to highlight the best of what the UK offers a global audience, and emphasizing the UK’s preeminence as a destination for investment, business and studies.  As part of the campaign, the British Consulate General in New York hosted the inaugural GREAT Tech Awards in 2013, which highlighted the growing relationship between the UK and U.S. tech scenes to reinforce the message that cities, such as New York and London, are leading hubs for technology innovation. The U.S. winners participated in a high-impact business development trip to the UK which allowed founders from New York start-ups understand the tremendous opportunities in the UK.

Serman: GuidiGO is a French start-up which uses augmented reality to provide a new experience for tourists and visitors. We helped the company sign a deal with a well-known museum in the U.S., which will be the first American museum to offer this type of experience to its visitors.

Torre: We’re seeing more local bi-national chambers of commerce (French-American, German-American, etc.) teaming up with governmental trade agencies. Consulates have been more focused on political, cultural and scientific endeavors, but this is beginning to change as there’s a real need for them to work with the local/regional business community. A few examples of recent EAEC success stories (different stages: multiple VC rounds or angel funding):

Wat: Over the past two years, approximately 24 B.C. companies have used Canadian Technology Accelerators in California to secure international sales, partners and investment. Here are some examples of British Columbia companies that have participated in the three-month program at Plug and Play in Silicon Valley:

Young: Through the GREAT Tech Awards in 2013, we were able to assist the UK-based company winner with meaningful introductions. For example, the 2013 UK winner  Blippar, a mobile augmented reality company and image recognition platform, partnered with the campaign to create an app that highlighted the British film sector and was launched at the GREAT British Film Reception on the eve of this year’s Oscars in Los Angeles. The high profile opportunity enabled the company to demonstrate their product with the Hollywood elite as well as on GREAT digital platforms which has a significant following.  Blippar has also worked with the UKTI network elsewhere in the US at industry-focused events.

Any particular vertical markets that foreign startups are targeting over the next 12-18 months?

Torre: Each U.S. region has its hot industries and its advantages. San Francisco is today the center of the startup world and is considered the most “European” American city.

Other states/regions startups are considering:

Young: There are a number of very strong technology sectors in the UK, including e-commerce, fashion, financial tech, life sciences, Big Data, etc. The UK has a very strong heritage of creativity and innovation which make it an attractive location for digital media and tech companies. Another area of depth and strength for the UK is financial services. We have a first-rate network of established financial services companies based in London and the ecosystem of professional advisers that goes with this.

Serman: Silicon Valley is Ground Zero for innovation and entrepreneurship. Our role is to help the French tech ecosystem benefit by building strong bridges between France and the Silicon Valley.

Torre: EAEC is organizing USA Day and USA Week events in European cities inviting American accelerators, angel groups and venture capital firms to check out/source startups for early stage investments. These events will be yet another opportunity to get noticed!

Wat: British Columbia has become an international hub for video game production, animation, visual effects, social media, interactive marketing, e-learning and app design, which is why major companies such as Industrial Light and Magic (ILM) have chosen to open a permanent studio in Vancouver with almost 10 years of work already slated. Rovio Entertainment also chose Vancouver and Sony Pictures Imageworks as its primary animation house for production of the Angry Birds feature film based on the popular franchise, which boasts over one billion downloads.

Young: Technology stands out as a bright spot in the UK economy- the Internet-based economy grew 11% last year, which is the highest across all G20 countries, and the number of tech jobs rose 22% in 2012.  The UK has an ecosystem with emerging and innovative technology companies, and UK Trade & Investment is at the forefront of supporting companies looking to expand on either side of the pond.