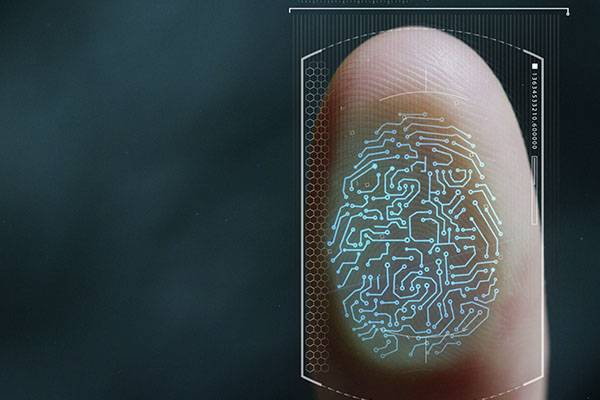 While numerous financial institutions worldwide have embraced biometric technology, widespread acceptance and adoption by customers is still in its early stages.

In short, the technology aims to make authentication easier by using various biological data and behavioral characteristics. Some of these include voice authentication, and facial or eye-scanning authentication. With voice authentication, for instance, a person’s voice has unique identity markers that help banks recognize repeat calls from known fraudsters. In fact, Fortune said the banking industry has placed more than 60,000 voices on a blacklist—“a clear example that biometrics are money in the bank for financial firms.”

And the technology itself is becoming big business. Biometrics Research Group said biometric security revenues topped almost $2 billion last year, up from $900 million in 2012. And researchers think biometric technologies may be able reduce operational risks for financial institutions by at least 20% between now and 2026.

“There were also many consumers who were happy to do the extra step and type in a user name and password because it felt more secure to them. So even with the base stuff, like Touch ID, it’s certainly gaining momentum but still has a long way to go,” said Newton.

A few examples of how some financial institutions are using biometrics:

HSBC recently announced a roll out to its 15 million United Kingdom customers.  Account holders can access online banking using their voice or fingerprint.

According to American Banker, Citi unveiled a voice authentication service in the U.S. allowing credit card customers to use their voice to verify themselves when they call the bank. Customers who want to use the service initially provide a brief voice sample; once this is done (Citi says it takes less than 60 seconds to set up), when customers subsequently call, their voices are matched to the pre-recorded data. Citi is also considering implementing iris-scanning ATMs.

Barclays teamed up with Hitachi and is offering ‘finger vein’ technology—customers place a finger inside a desktop scanner which checks the individual vein patterns. The technology is currently being used at ATMs in Japan and Poland.

Lastly, customers of Wells Fargo Bank’s Commercial Electronic Office, a mobile banking app, can select from either voice and facial data collection/recognition, or a photo of the whites of their eyeballs—the red vein eye patterns identify individuals and then allow access into the app.

Gartner’s Newton offered up a few caveats—voice authentication will likely achieve widespread acceptance but other technologies like a facial-scanning ATM may be a tougher sell.

“Is that really easier than just putting a card in there? To change customer behavior and habits in financial services, the new solution has to be so much better or easier than the existing services,” noted Newton.

But these hurdles will eventually be surmounted and biometrics over the next few years will catch on across the financial services world as customers will see the benefits of not having to use passwords, and that the technology provides them with a faster and more secure way to do transactions.