Ahoy! Crewless Ships are Just Over the Horizon
By Neal Leavitt 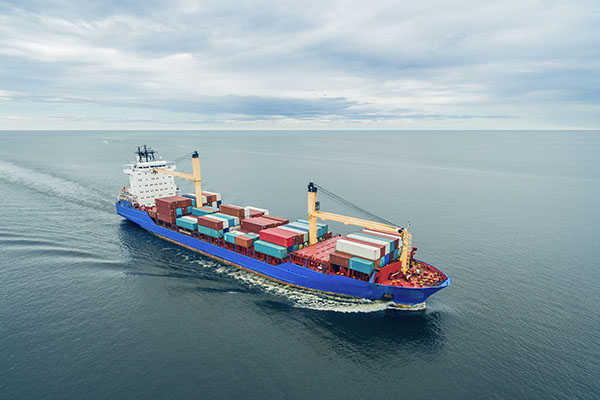 Arghhh! To use some parlance from any of the ‘Pirates of the Caribbean’ movies, in the next few years, that’s how some naysayers may react once they see crewless ships on the high seas. While they won’t be ghost ships like the Black Pearl that was captained by both Jack Sparrow and Hector Barbossa, initially it may seem unnerving to watch giant super tankers sail into a port without captain or crew in sight.

Pirates and ghost ships aside, crewless ships are viewed by many as the future of shipping. Adam Minter, writing in Insurance Journal, said that the U.S. Coast Guard estimates that human error accounts for a whopping 96 percent of all marine casualties. And crews in certain regions of the world are still vulnerable to piracy.

Going crewless can also significantly reduce shipping costs; e.g., sailors by some estimates accounts for 44 percent of a ship’s costs. Minter added that crew quarters, air-conditioning units, and a bridge (requiring heavy ballast for balance) also take up valuable space that could be used for cargo.

“And that dead weight contributes to a bigger problem,” said Minter. “Maritime shipping accounts for about 2.5 percent of global greenhouse gas emissions. Barring a radical change, those emissions are set to surge in the decades ahead.”

Meanwhile, next year the $25 million Norwegian-built Yara Birkeland is expected to launch and become the world’s first crewless, automated ship. It will utilize GPS, sensors, camera and radar to navigate and will be fully autonomous by 2020. Initially the ship will transport fertilizer 37 miles down a fjord from a production facility to the port of Larvik, Norway. And the vessel is expected to reduce air pollutants by removing up to 40,000 truck journeys in populated urban areas.

Rolls Royce Holding PLC is also investing in autonomous shipping technology with plans to launch robotic ships by 2020. The Wall Street Journal recently reported that the first vessels will probably be tugboats and ferries. Rolls Royce estimates it will be able to cut sea transport costs by about 20 percent.

There are other significant issues that will affect widespread adoption. Cybersecurity is an increasingly important part of maritime risk management, and while there haven’t been many recorded maritime cyberattacks, it’s not ‘if’ but ‘when’ a more serious attack will occur.

“Increased automation will make shipping more efficient, but will also leave the industry increasingly vulnerable to cyber-criminals,” said Joseph Carson, head of cybersecurity at ESC Global Security in Estonia. “Critical systems could be prevented from functioning, resulting in collision, pollution and environmental damage, and possibly ships being redirected. Ship and cargo hijacking is a possibility.”

Lastly, maritime insurers will need to figure out how to properly cover a crewless ship for risks at sea. Sam Woolerson, a London-based senior partner at JLT Specialty Ltd., said a vessel being operated remotely from onshore “will bring unique challenges in developing a fully automated complex key component for the supply chain, some of which include pirates, a fire at sea and the time involved to reach the ship if a computer malfunctions.”

Granted, these are all considerable obstacles but ultimately autonomous ships will change the way maritime transport systems are designed and operated.

For the maritime shipping industry, that centuries old command, “all hands on deck” may morph into an entirely new meaning—fingers on a tablet, joystick or keyboard!