3D Printing Opening the Doors to Counterfeiters
By Neal Leavitt 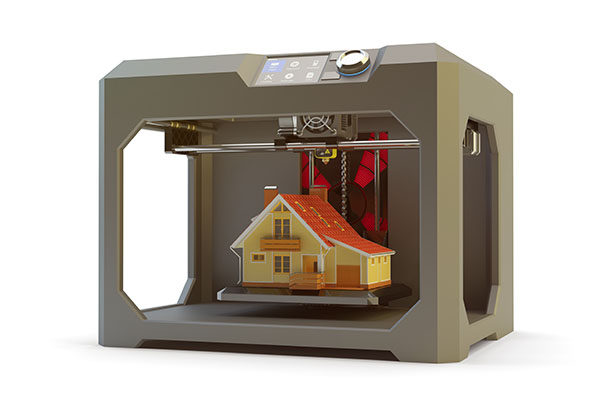 Last year architects in Amsterdam started constructing a 3D printed home.  Aircraft manufacturers are honing ways to build 3D printed planes. And 3D printing is now wending its way through the fashion industry.  A 3D printed dress designed by Michael Schmidt (designed on an iPad), was printed for a private runway event – it was printed in 17 parts on an EOS P350 3D printer.

“3D printing presents tremendous opportunities for businesses,” said Simon Jones, a partner at DLA Piper in London, a global law firm.  “Manufacturers will no longer need to own large production facilities halfway around the world, because they can print products on demand or sell licenses to print them locally. This will have a huge impact on the supply chain; it will benefit the environment as there will be less waste, and companies will no longer need to spend a fortune gearing up to make a product and hoping its stock sells.”

So the sky’s the limit for 3D printing.

And for counterfeiters too.

Market research firm Gartner predicts that the emergence of 3D printing is going to result in significant IP theft – at least $100 billion annually worldwide by 2018.  OpSec, a Denver-based company that develops anti-counterfeiting technologies for a wide array of government and private sector clientele, said online libraries are already popping up where people can share object files for 3D printing.

“One can only imagine how these libraries will grow once more consumers own 3D printing devices. A 3D scanner can digitalize any physical object, making it possible to produce copies from the same object over and over again,” said OpSec.  “In the same way, the file containing the digitized info of that object can be made accessible to the millions of producing consumers out there.”

So what can be done to stem what appears to be a potential flood gate of 3D printing counterfeiting?

Here’s one example – last month Texas-based Quantum Materials Corporation (QMC) acquired quantum dot detection technology from Virginia Tech. 3D Printing Industry reported that by embedding quantum dots within an object during the printing process, 3D printed objects can get unique, unrepeatable signatures that can be detected with a variety of tools. There is also an extra security layer involving ‘semiconductor nanomaterials’ that emit different colored lights which QMC says “improves the security strength in a similar way that moving from 128-bit to 256-bit encryption increases confidence.”

“Embedding and detecting quantum dots is an innovative way to police counterfeit goods,” said Daniel Brean, a senior associate at the Webb Law Firm.  “Standing alone, or as part of other digital rights management, I expect the quantum dots technology to greatly assist IP owners in preventing unauthorized uses of their technologies.”

And World Trademark Review reported that there are other technological innovations being developed to fight counterfeiting in 3D print manufacturing.  ‘Shape memory polymer’ enables hidden shapes like letters or numbers to be revealed on the material of a product when heated. ‘Anti-erasing ink’ leaves irremovable trace marks on packaging materials.  And ‘DNA marking’ attaches a visible or invisible signature to a product that when screened, demos it’s genuine.

Tahir Basheer, a partner at London law firm Sheridans, added that these new technologies are a plus point, but not the complete solution.