As the 2019 recipient of the IEEE Computer Society Taylor L. Booth Education Award, Susan Rodger has a lot to say about not only teaching computer programming to college students but catching kids when they’re young to increase their computer literacy. She has touched the lives of literally thousands of school children with her “Adventures in Alice” initiative designed to introduce computer programming into kindergarten-through-grade-12 classrooms.

Here’s what she had to say about her ground-breaking work, who inspires her, and what she does in her spare time. 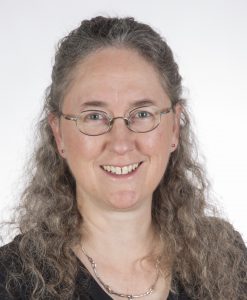 Computer Society: You won the Taylor L. Booth Education Award “for leadership in undergraduate and K-12 computer-science education, and for broadening participation of women in computing.” What does this mean to you?

Rodger: I have always been interested in helping people learn. Back when I first started teaching at Rensselaer Polytechnic Institute, I was teaching the old-fashioned way, with students solving problems on paper. Students designed machines and then hand traced input running on their machines. One student asked me if I could give them the answers to all the questions in our textbook because they didn’t know if they were solving the problems correctly. That is when I realized that students should be able to visualize and interact with these machines. That led to thirty years of developing interactive tools for algorithm visualization. One such tool, JFLAP (Java Formal Languages and Automata Package) allows students to interact with automata [a moving mechanical device made in imitation of a human being], grammars, and even construction-type proofs. I can use JFLAP during class to solve problems with students, and students can use JFLAP to create additional problems for practice.

Computer Society: As a woman, what has your experience been like forging a career in a male-dominated field?

Rodger: For broadening participation in computing, I was one of a few women in graduate school in computer science. I remember one course where the professor was calling the roll and when he got to my name he said, “I guess we all know who she is!” since I was the only female in the course. I always loved solving puzzles, and I see computer science as a field in which I get to solve fascinating problems all day. I have worked over the years to try to encourage women to try computer science, and show them that it is an exciting field to be in.

Computer Society: What else have you done?

Rodger: I have also led efforts at the other end of the pipeline. As a board member of CRA-W, the Computing Research Association Women, I co-organize both early and middle career mentoring workshops for female assistant and associate professors to give advice on advancing their careers.

Want to learn more about the accomplishments, activities, and innovations of our members? Subscribe to the INSIDER newsletter.

Computer Society: What motivated you to create your Adventures in Alice programming initiative?

Rodger: When computer science enrollments were low, I started teaching non-major courses at Duke that combined programming with animation using Alice. Alice is a virtual-world environment that has a large library of 3D models. You can place a bunny into the virtual world and then program the bunny to teach it how to hop. The storytelling aspect of Alice attracted over 50 percent women to my Duke course. This contrasted with a low enrollment of women in our other computer science courses. However, the women in my course had come to college set on other majors. They did not know much about computer science before they came to college. I realized then that I should be teaching computing at the middle school level, a critical time when kids are starting to think about careers. So I started organizing professional development workshops on Alice for K-12 teachers and Alice camps for kids, creating Adventures in Alice programming.

Computer Society: What was the best advice anyone has given you?

Computer Society: What invention has inspired you the most?

Rodger: Some of the early visualization tools were inspiring to me. The Logo programming language was one of the first tools to help kids learn programming in a fun and visual way, and was integrated into many K-12 schools at a very early time. When I first realized I wanted to work in the area of visualization, I was inspired by John Stasko’s tool Tango and then later XTango. My PhD thesis had been very theoretical, on parallel scheduling algorithms. I was amazed that he was able to write his PhD thesis on a tool for creating algorithm animations. I didn’t even know that was an area you could do research in.

Stay ahead in your field by signing up for a free digital ComputingEdge.

Computer Society: What are you currently reading?

Rodger: For fun, I love reading mysteries. I just finished the book Lullaby Town by Robert Crais. It is part of a series on a detective named Elvis Cole and his sidekick, Joe Pike.

I also love reading biographies, especially about strong women. I’m currently reading a book on Ruth Bader Ginsburg. She is amazing! She had incredible struggles being one of the first women in the law profession. Every time she hit a wall she kept pushing forward. She was top of her class and no law firm would hire her, so she became one of a few female law professors at Columbia University. Now she is one of the most successful women in law—a Supreme Court justice.