Meet Hironori Kasahara, the 2018 President of the IEEE Computer Society. What Are His Plans?
By Michael Martinez 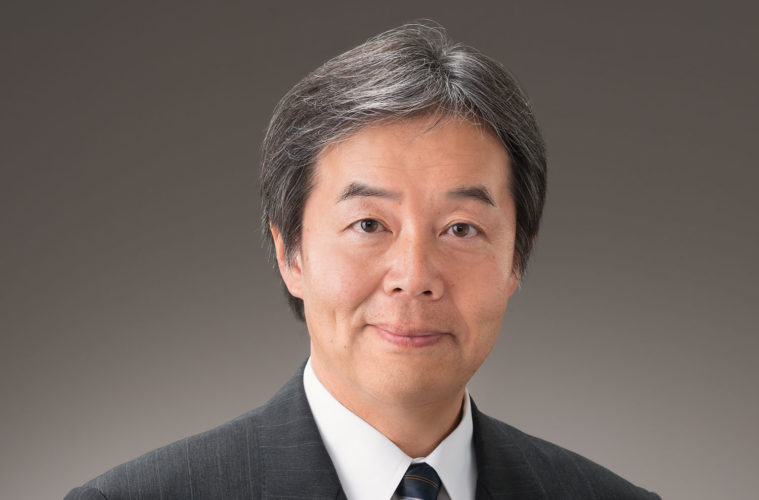 Hironori Kasahara is the 2018 President of the IEEE Computer Society, and during his first visit to the society’s Southern California office as its new volunteer leader, he sat down to share stories about his background and his plans for the world’s premier nonprofit association for computing professionals, with 50,000 members.

Kasahara is Professor of Computer Science at Waseda University in Tokyo and the Director of the campus’s Advanced Multicore Research Institute. He will serve a one-year term as IEEE CS President.

Tell us about Waseda University.

“There have been a total of eight Japanese prime ministers who have attended Waseda University – plus the founders of Sony, UNIQLO, and so on. So there are many famous people from Waseda University. I received my bachelor’s there in 1980, my master’s in 1982, and my PhD in ’85. Then I came to do research here in the United States at UC Berkeley as a visiting scholar. By 1986, I returned to Waseda University and became an assistant professor. From 1989 to 1990, I participated in the ‘Cedar’ Supercomputer Project in the Center for Supercomputing R&D at the University of Illinois at Urbana-Champaign as a visiting research scholar. I became a full professor at Waseda in 1997, and then I became director of the Advanced Multicore Processor Research Institute in 2004. I served as a member of the Board of Governors of the IEEE Computer Society for six years, between 2009 and 2014.”

Why did you want to be President?

“I was the Computer Society’s Japan chapter chair, and whenever the Computer Society came to Japan for a meeting, every president came to my office and visited my research institute. Some of them recommended I become a BOG member, so I did. I also did some multicore and parallelizing and power-reducing compiler demonstrations for them at the research institute, and the visiting presidents said, ‘This research is the best of technology.’ The past president recommended that I should run, and I did.”

Tell us about what you do at the Advanced Multicore Research Institute.

“The research institute and the building I named as the Green Computing Systems R&D Center have been supported by METI (Japan’s Ministry of Economy, Trade and Industry), and I work with industry there. We want to strengthen the competitiveness of research and development by bringing industry, government, and academia together. Sometimes there is a barrier between academia and industry, not just in Japan, but everywhere. At the institute, I serve as a bridge to industry, and we do R&D into multicore processors that are used in automobiles, mobile phones, computer games, digital TVs, home servers, cancer treatment systems, and high-end servers.

“As the institute’s website says, we do original research into a distinctive, multigrain parallelizing method. The multicore processors allow hardware and software to be developed together, and they provide greater performance than you can achieve with the standard ‘hardware then software’ approach to development.”

How much collaboration should there be between academia and industry?

“I do a lot of collaboration. My current big project is developing real products with the auto industry. For example, automotive companies could use these processors to make new automobiles. I am now working with [global automotive parts manufacturer] Denso to make the next generation of engines. I also work with medical companies that make stomach cameras – cameras inside capsules – to look at internal organs. This project has been a big challenge. Each camera takes more than 30 pictures in a second, and those pictures have to be analyzed in real time by processors inside the capsule, and then the high-resolution pictures for abnormal tissue have to be sent wirelessly outside the body. That is the kind of collaboration we do between industry, the university, and the students. It is a new approach to develop value-added products using the university. I thought this experience would be beneficial to the Computer Society.”

How has your first visit as President been going?

“Well, I’ve been coming here for years when I earlier sat on the Board of Governors, so it’s not the first time I’ve been here. We have been having a good discussion as a board. I am now meeting the staff and learning of their activities and what kind of problems we should tackle. So these past two days have been very good. And the people at the Computer Society are working very hard. So this experience will be beneficial for the coming year.”

“The most important thing we can do at the Computer Society is to keep publishing high-quality content – to differentiate us from all other online journals and societies. So we are thinking of improving quality. First, we need to improve collaboration between our conferences and transactions. Many people in computer science prefer their papers to be published at the conferences rather than in transactions. That is because with conferences, a researcher can be published earlier – and help them get a PhD in three to five years. So naturally, they like to publish a paper at a conference. So we are thinking of a transaction with a special issue tied to a conference. A special issue would be organized with our award-winning and best papers from a conference, to be published six months after a conference. We would pick the best of high-quality conferences to participate in this.”

Any other big plans?

“I would like make a point accumulation system for our volunteers in the world to explicitly show our appreciation for their voluntary works. The volunteers — from young professionals to very famous researchers –would have annual or lifetime honors. Maybe it would help promote their participation in our organization.

“We should also improve our membership and retention rates — in addition to having quick and high-quality reviews by the best researchers.

“We also want to make video content about the winners of our awards, researchers who will give a course or lecture about technology, a researcher who is an expert in something like high performance computing, or pioneers in a particular area of research. Those kinds of videos would be beneficial for industry and for graduate students. And archiving those videos would be very important, so people can know 100 years from now who invented that technology. That would be a gift to future generations.

“One last thing about the future: I would like to make video content for nonspecialist educators in K to 12 education. Let the video talk about the future, and what will occur in computer technologies and industry. It could be about smart cities with smart cars, smart homes, robots, AI – an image of the future implemented by computers. I have been talking with the United Nations IT Committee, and they have been thinking of distributing these kinds of video. We can develop the content with industry and send that material all over the world. So who knows? Maybe we can collaborate with the United Nations. Maybe in 10 or 20 years, we will have more computer scientists and engineers. That is one mission of the Computer Society.”