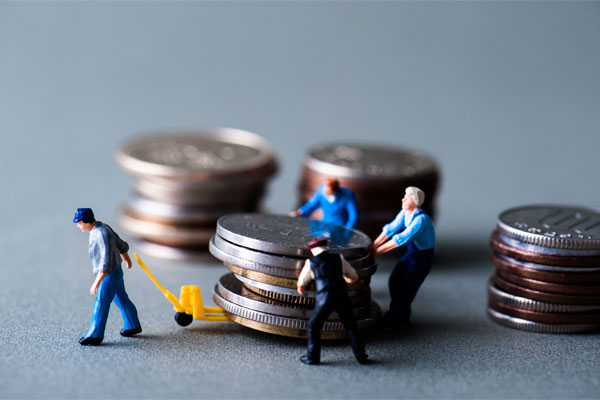 In normal times, stagnant wages for technology workers would be viewed as bad news. But these aren’t normal times.The latest Yoh Index of Technology Wages indicates that pay for tech workers was flat in the fourth quarter of last year, an improvement over the third quarter, when pay declined to levels not seen since 2006. And in the final weeks of 2008, technology wages actually started increasing, driven by gains in the healthcare and telecommunications sectors.

IT, scientific, and aviation wages held their ground, while clinical and engineering wages dipped slightly. At their lowest point, wages declined by more than 2 percent from year-ago levels and at their highest point they increased by about the same amount. “The latest data continues to emphasize uncertainty in the marketplace,” says Bill Yoh, president and CEO of the technology recruiting firm. “Since many businesses have employed layoffs as the primary tactic in this economic rough patch, technology wages have not been impacted as dramatically as we would have expected.”

Yoh expects that technology companies will increasingly begin responding to the weak economy during the first three months of this year by laying off more people, lowering raises and annual bonuses, or paying new employees lower starting salaries. He doesn’t expect the full effect of those actions to be felt on wages until later this year.

A number of technology companies have reduced their workforces in recent months.

Skills in Most Demand

The carnage isn’t limited to one particular sector either. Hewlett-Packard is laying off nearly 25,000 people in connection with its acquisition of EDS. IBM, whose layoff tally is at 16,000, has drawn ire for offering laid-off US workers a chance to relocate to other countries and earn only a percentage of their former wages.

The troubled telecom equipment provider Nortel, which filed for bankruptcy, is cutting 3,000 employees. Motorola is reducing its workforce by 7,000, mostly due to declining sales in its handset division. And Sprint-Nextel, the smallest of the US national wireless carriers, has plans to trim its headcount by 4,000 and close 125 company stores.

Sun Microsystems’ payrolls will soon be 6,000 smaller. Texas Instruments was forced to give 3,400 workers their pink slips due to falling prices and sales in the chip sector. And in light of mounting losses, Japanese electronics giant NEC recently announced plans to reduce its headcount by 20,000.

Even companies that are weathering the storm are resorting to layoffs. Intel is laying off 6,000 employees even as it announced a plan to invest $7 billion to improve three US manufacturing facilities. Search giant Google has reportedly trimmed its contractor ranks, and business software provider SAP, which reported higher revenues in 2008, is cutting 5,000.

Some Skills in Demand

However, according to Yoh, some skills remain in demand. Based on conversations with more than 9,000 hiring managers in more than 15 US metropolitan areas, .net/C+ and Java developers, project managers, SAP consultants, quality assurance technicians, and Oracle experts are still in demand. Employers are also hiring for clinical research associates, biostatisticians, and network and software engineers.

The recruitment firm Challenger, Gray, and Christmas tallied nearly 187,000 job cuts last year in the telecommunications, computer, and electronics sectors, a nearly 75 percent increase from the previous year and the highest number of job cuts since 2003. Nearly three quarters of the 2008 cuts took place in the second half of the year.

Electronics firms were the hardest hit, with 73,447 cuts, nearly double the previous year’s levels. Telecom companies laid off 48,648 employees, an increase of more than 70 percent. Computer-industry job cuts were 61.3 percent higher in 2008.

“Through the first half of 2008, it looked as though the tech sector might be one of the few areas of the economy to remain resistant to recessionary pressures,” stated John Challenger, chief executive officer of Challenger, Gray & Christmas. “However, the economy’s continued slide here and overseas saw consumer and corporate demand for technology products and services drop rapidly, and these firms were suddenly under pressure to make significant cost-cutting moves.”

Challenger warned that layoffs could mount as the year wears on. He doesn’t believe they’ll reach the levels of the 2001 dot-com collapse, when the nearly 700,000 technology layoffs accounted for more than one-third of total job losses. And even though full-time jobs might be increasingly scarce, contractor and contingency opportunities could still be available. Such positions could eventually be turned into full-time jobs.

“Tech workers who remain in demand right now are those who have cross-discipline knowledge and experience. For example, an IT professional with accounting and finance skills will be better positioned than someone with only programming skills,” Challenger said, adding that the ability to adapt to changing situations will also prove an asset. CW (12 February, 2009)