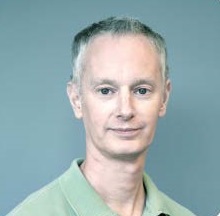 Scott Mahlke is a Professor and Associate Chair in the Electrical Engineering and Computer Science Department at the University of Michigan.  He is affiliated with the Advanced Computer Architecture Laboratory and the Software Systems Laboratory.  He works in the areas of Compilers and Computer Architecture.  He joined Michigan in 2001 after receiving his Ph.D. from the University of Illinois and working at Hewlett-Packard Laboratories in Palo Alto, California.

His research interests lie in the areas of compilers, computer architecture, and high-level synthesis.  Specifically, Mahlke and his students focus on designing the next generation computer systems that overcome challenges in performance, power consumption, and reliability.  The goal of Mahlke’s research group, Compilers Creating Custom Processors (CCCP), is to design customized processors, accelerators, and systems consisting of both that are higher performance, lower power and more reliable.

Mahlke has served as an Associate Editor for ACM Transactions on Architecture and Code Optimization and the Journal of Instruction Level Parallelism. He has held positions as a program committee member and as conference and workshop general chair for several conferences. Mahlke has received best paper awards at MICRO, APLOS, CASES and SAMOS. His 1991 ISCA paper was selected as the ISCA Most Influential Paper in 2006.  His 2006 ISCA paper was selected as one of IEEE Micro’s Top Picks in Computer Architecture.