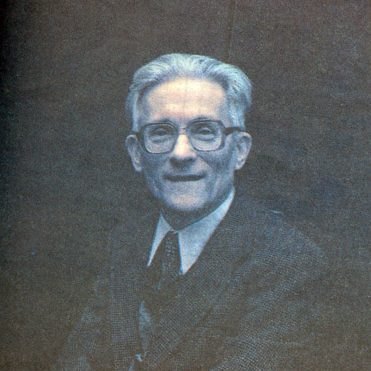 Romuald W. Marczynski was deeply involved in the design and construction of the first Polish computers. In 1949 he joined a group of researchers at the Institute of Mathematics of the Polish Academy of Sciences. Marczynski designed a mercury ultrasonic memory that represented the first step in Polish computer development. This memory concept was later implemented in EMAL, the first Polish computer, which Marczynski also designed. EMAL, completed in 1959, was a serial, binary, one-address computer based on vacuum-tube logic and on the mercury ultrasonic memory concept.

His activity in the field of computers attracted many talented scientists to the Institute, which had a considerable influence on developing later generations of computer scientists.

More recently Marczynski and his colleagues have conducted fundamental research in computer architecture, microprogramming, and languages for describing computer hardware. The research in these areas has made an important contribution to the activity of the Technical Committee TC-10 (Computer System Design) of IFIP.

Marczynski received an MSc in electrical engineering at the Technical University of Warsaw and a PhD at the Institute of Computer Science, Polish Academy of Sciences. He is the author of two books and more than 40 scientific papers.