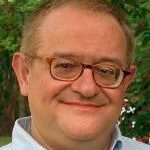 LOS ALAMITOS, Calif., 1 November 2013 – Kemal Ebcioglu, president of Global Supercomputing Corp., has been recognized as the 2013 recipient of the IEEE Computer Society B. Ramakrishna Rau Award for his work in Very Long Instruction Word (VLIW) architecture.

The Rau Award recognizes significant accomplishments in the field of microarchitecture and compiler code generation. Ebcioglu was recognized “for contributions to VLIW, instruction-level-parallelism, binary translation, Java performance, and service to the community.”

The award, which comes with a $2,000 honorarium and a certificate, will be given out on 10 December at the ACM/IEEE International Symposium on Microarchitecture (MICRO) in Davis, California. The IEEE Computer Society established the award in 2010 in memory of the late Bob Rau, an HP Senior Fellow.

Ebcioglu conducted research on architectures, compilers, and languages for fine-grain parallelism at the IBM T. J. Watson Research Center from 1986 to 2005. He proposed, launched, and led pioneering IBM Research projects on fine-grain parallel architectures, including VLIW and DAISY (Dynamically Architected Instruction Set from Yorktown), a binary translation project. His last position at IBM was co-leader of Programming Model and Tools, a 40-person group that was part of a US Defense Advanced Research Projects Agency-funded IBM supercomputer research project, emphasizing high programmer productivity for HPC.

Ebcioglu received two IBM Outstanding Technical Achievement awards, and an IBM Divisional award. In 2006, he retired from IBM and founded Global Supercomputing Corp., where he currently is president. Ebcioglu, who holds a PhD in computer science from the State University of New York at Buffalo, has over 70 technical publications and 12 US patents. He has served as chair of the International Federation for Information Processing Working Group 10.3 (Concurrent Systems) from 2001–2006, and as chair of the ACM Special Interest Group on Microarchitecture (SIGMICRO) from 1999–2005. He has also served as chair of various conferences related to fine-grain parallelism.

Rau, who passed away in 2002, managed HP Labs’ Compiler and Architecture Research group. He started HP Labs’ research program in VLIW and ILP processing when he joined the facility in 1989, resulting in the development of the Explicitly Parallel Instruction Computing (EPIC) style of architecture that is the basis for the IA-64. A co-founder of Cydrome Inc. which developed one of the first VLIW mini-supercomputers, Rau authored dozens of articles on VLIW computing, co-authored a book on ILP, and held 15 patents. He was also a recipient of the Eckert-Mauchly Award and a Fellow of both IEEE and ACM.