In Memoriam
We honor outstanding IEEE Computer Society volunteer leaders and members who have passed. They are memorialized through the tremendous impact of their contributions to the computing community. 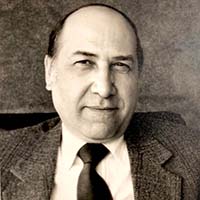 Roy Lawrence Russo, surrounded by his family, passed away peacefully at his home on October 11, 2021. He was born on November 6, 1935, in the small coal mining town of Kelayres, Pennsylvania, son of Peter J. Russo and Mary Fudge Russo.

Roy received a Ph.D. in electrical engineering from Penn State in 1964 and was an early researcher in the field of electronic design automation, using computers to design computers. He held various positions in his twenty-nine year career with IBM, including Research Staff Member, Manager of Strategy, and Program Manager of the Advanced Design Automation Laboratory. During 1982-1983, he was IBM's representative at Stanford University, Palo Alto Ca, where he was a Consulting Professor. He was listed in Who's Who in America, Who's Who in Science and Engineering, and in American Men and Women of Science. He retired in 1994.

Through his volunteer activities, he served others for many years. From 1975 to 1989, he held a number of posts in the Institute of Electrical and Electronics Engineers (IEEE), and was elected to President of the IEEE Computer Society for 1986 and 1987. In 1983 he founded IEEE Design and Test of Computers magazine and served as its first editor-in-chief. IEEE Design &Test is still in publication.

He was the recipient of a number of awards from Penn State, IBM and the IEEE, including awards for Outstanding Writing, Outstanding Contributions, and Distinguished Service. For his contributions in design automation, he was elevated to Fellow of the IEEE in 1983. In 1992, Roy received the IEEE Computer Society Richard E. Merwin Award for Distinguished Service, the Computer Society’s highest award for volunteer service. 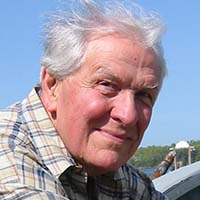 Merlin’s boyhood fascination with electricity inspired a long career in electrical engineering. After earning a BSEE from the University of Cincinnati and a MSEE from Columbia University, Merlin worked at IBM Watson Lab in Yorktown Heights, NY, for 39 years. There he managed the team that developed the Field Effect Transistor (FET)—the core building block of modern computer chips—and implemented its Large-Scale Integration (LSI) program.

Merlin was an extremely active volunteer in the IEEE Computer Society, serving in many capacities, including president from 1977-78. At that time, he was part of an early delegation to China to learn about that country’s computer technology. Merlin was a member of IEEE since 1947, and an IEEE Fellow. He received the 1983 IEEE Computer Society Richard E. Merwin Award for Distinguished Service, the Computer Society’s highest award recognizing volunteer. 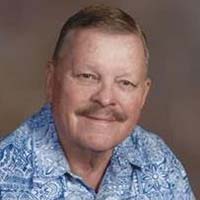 Paul was born on January 12, 1944 in Corpus Christi, Texas to Clinton and Kathryn Eastman. He grew up in Dearborn, Michigan. Following his graduation from St. Olaf College in 1965, he went on to Michigan State where he received a PhD in Elementary Particle Physics. He then went into the computer industry as a Systems Analyst for Xerox Data Systems. He moved from Dearborn, Michigan to Phoenix, Arizona in 1977. He then joined Fairchild Data Corporation where he was a Sales Manager selling satellite, microwave, and some of the very first cable modems. There, he became active with the IEEE where he and his colleagues created standards for cable modems, Ethernet over cable and wireless networking as part of IEEE 802 LAN/MAN Standards Committee. In 1991, he was asked to join the IEEE Computer Society Standards Activities Board (SAB) where he was Vice Chair and eventually oversaw various standards. Paul initiated and chaired a “Special Projects Committee”, later the SAB Standards Committee, to guide and nurture new standards development efforts for which a viable standards committee has not been identified. He was instrumental in supporting volunteers from Asia-Pacific to initiate standards work. Paul was an active SAB member through 2018.

In 1993, he and a partner formed RF Networks where they built radio frequency products for connectivity, distance learning, military telemetry and other cable, microwave, and through-air applications. Seventeen years later, they sold the company to a firm dedicated to designing and manufacturing military telemetry equipment, Paul continued to work there for an additional two years before retiring. Paul passed away on June 27, 2021.