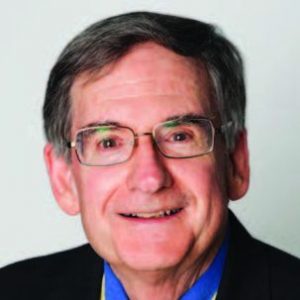 Position statement. Working computer professionals and students are vital components of Society membership: we serve as volunteers in Society activities; we contribute to Society publications and conferences; we are often at the forefront of computing innovation; and we are primary consumers of Society products and services. That’s why we joined! It is essential that the Society focus on our needs and professional interests. I have been a working professional and a part-time college professor for over 45 years. I have also been involved in numerous Society conferences and a speaker to many local chapters and regional conferences through the DVP program. In these roles I have met quite a few members and heard a lot about what they want from the Society. There is plenty of enthusiasm at the grassroots level, but I sometimes see a disconnect between the concerns of Society leadership and the issues that matter to members. For example, several member groups around the world have taken it upon themselves to translate our publications into local languages—a need that did not get much attention at the leadership level. My goal is to strengthen the connections between Society leadership and our members. As the computing community continues to evolve and change, the Society must expand its support of local activities to attract and retain members and get more of them involved in leadership positions. One clear need is better alignment of various Society activities that support local chapters, regional conferences, and other local activities. Perhaps a calendar of events that covers all society activities would be helpful. And we could use a more direct path for local and regional officers to get involved in Society boards and committees. As a Society VP, I would have the opportunity to bring Society resources to bear on attaining the above objectives.

Biography. Frailey is a retired Principal Fellow from Raytheon Corporation with over 50 years of professional service in IEEE, ACM, and other computing technical societies. He is an IEEE Senior Member and ACM Fellow and has served in many capacities for both societies, notably, as member of Computer Society’s Board of Governors (2011–2016) and as ACM vice president (1986–1988). As a speaker for ACM’s DSP and Computer Society’s DVP, Frailey has spoken to over 200 chapters on such topics as careers in computing, cycle-time reduction, and techniques used by software engineering professionals. He has also served throughout his career as an adjunct professor at several universities, where his recent courses focus on software quality, software metrics, and software project management. Earlier in his career he published and taught courses in operating systems, compiler design, and computer architecture.

Frailey has spent much of his professional life bridging gaps between industry and academia. He is active in groups defining curricula and bodies of knowledge in computing fields and helped with the formation of several computer science and software engineering programs. He was a member of the Computer Society’s Professional Activities Board and a vice chair on the Educational Activities Board before the two merged in 2013. He was an ABET accreditation program evaluator for over 25 years, and has won several awards for contributions to computer science and software engineering education. He served on five industry advisory boards for university computer science, computer engineering, and software engineering programs. Frailey has also been active throughout his career in support of conference activities including various committees, keynote addresses, papers, and as program chair for over a dozen conferences. He received an MS and PhD in computer science from Purdue University. 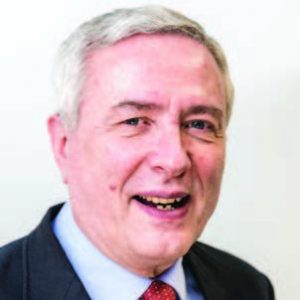 Position statement. The IEEE Computer Society continues to enhance its global membership diversity as we play a central role in the unprecedented digital revolution and lead exciting new IEEE initiatives such as Rebooting Computing, Cybersecurity, Cloud Computing, Big Data, and Internet of Things. These rapid developments, however, involve several important challenges that require the introduction of new initiatives and approaches. First, because technological innovation keeps accelerating, we need to match better these unprecedented dynamics of the field by offering our members new organizational models based on modern communication platforms, such as social networking. Second, the future of our profession belongs to the younger generation of computer practitioners, and the IEEE Computer Society must recruit new young members as well as develop more training programs for computing professionals at all stages of their education and career development. Third, both new organizational approaches and continuous career development can only be successful as part of a truly global collaboration reaching around the world—from California, Brazil, and India, to Japan, China, and Europe.

During the years, I have developed an extensive and unique track record of international achievement and recognition involving an increasing number of strong professional contacts in different parts of the world. I have already been actively involved in the introduction of digital media contents as well as the portfolio review of our periodicals and am committed to contributing substantially to the future development and implementation of various organizational and technological innovations in our publications. I am also motivated to work further on the successful integration of our conferences and journals as some of the current differences will disappear because of the transition to e-publications. I will be honored to represent the professional community as Computer Society’s second vice president and will work with enthusiasm and dedication on addressing these important challenges

Biography. An active IEEE Computer Society (CS) volunteer since the mid-1990s, Vladimir Getov is professor of distributed and high-performance computing, research group leader, and postgraduate program director at the University of Westminster, London. He is a member of the IEEE CS Board of Governors (2016–2018), and a member-at-large of both the Publications Board and the Technical and Conference Activities Board. Getov has been Computer’s area editor for high-performance computing since 2008 and has served as general and program chair of several IEEE conferences. He is also Standing Committee member and co-chair of publications for IEEE COMPSAC, Executive Committee member of the IEEE CS Technical Consortium on High- Performance Computing, an active member of the IEEE International Roadmap for Devices and Systems, and serves on several other boards and committees.

Vladimir’s career spans both industrial research and academia. After completing his PhD, Getov was project manager of an IBM PC/XT-compatible computer (1984). In 1989, he moved to England to join the Concurrent Computations Group at the University of Southampton. Since 1995, Vladimir has been an academic staff member at the University of Westminster, where he was awarded the titles reader (1999) and professor (2001). He has an extensive track record of international collaboration and achievements, such as founding contributions to the PARKBENCH Committee, the Java Grande Forum, and the Open Grid Forum.

Getov is recognized by his peers for his commitment to service, leadership skills, and dedication to research and related professional activities. He has received several prestigious awards, such as the IEEE CS Golden Core Award (2016), Honorary Professor (TU-Sofia, Bulgaria, 2012), IBM Faculty Award (2010), Bulgarian “Pythagoras” Science Award (2009), and the Outstanding Executive Committee Contribution Award (EU CoreGRID, 2008). He is a Senior Member of IEEE and ACM, a BCS Fellow, and former governor of ICCC (2004–2007).