Why You Shouldn't Use Pirated Software (But Why People Still Do)

By Devin Partida
Visit our Jobs Board 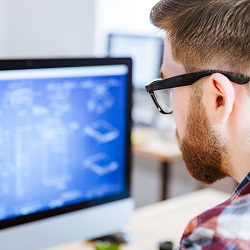 Software obtained from legitimate sources can be extremely expensive. Many students, researchers and other people in academia find themselves in tough situations due to those costs.

They might need an expensive and highly specialized software title to study in a particular program or progress with a research project. People who find themselves on tight budgets find it difficult or impossible to set aside enough money for the product.

Some then turn to pirated software. It consists of any titles used outside the permission parameters provided by the manufacturer or distributor. That could mean using a cheaply made and illegally copied version.

It could also entail using “cracked” software, which someone intentionally tweaked to make it behave in a way not intended by the maker. For example, a cracked version could let someone keep using it after the usual 30-day trial runs out.

How the Development Process Differs

Developing pirated software typically happens when a person obtains the legitimate title, then uses a program to “disassemble” — or alter — its code. The internet features detailed instructions — some with screenshots included — that describe how a person could make a program behave differently than intended by changing the code, then “assembling” it again. After a person learns the piracy program, modifying or copying a platform with it could happen in a matter of minutes.

People don’t need extensive tech expertise to do this. It’s more important to understand how to operate the program that facilitates piracy.

Conversely, people who create legitimate programs often have years of experience in software development, and they work with teams of colleagues to go through the software development life cycle. It encompasses several stages that include everything from determining the title’s functionality requirements to testing the product.

Not surprisingly, these vast differences in development mean people who use pirated software are out of luck if something goes wrong. Pirated software does not include the benefit of having a tech support team to contact to address questions or concerns. However, there are also other reasons not to use it.

Using or distributing pirated software constitutes a violation of software copyright law. Companies and individuals face up to $150,000 in penalties for every instance. They’ve also committed a felony that can lead to up to five years in prison.

Even if a person uses pirated software innocently — most sites offering cracked software don’t warn people they’re breaking the law by using it — their actions could cause consequences for their companies, jobs and livelihoods. For example, allegations of using pirated software could cause authorities at a university to decide that the visiting professor who did it broke the terms of the agreement allowing them to come to the institution.

The ramifications of using pirated software extend throughout virtually all industries. For example, the trucking industry employs software within its vehicles, while medical facilities use software during patient care — particularly for recordkeeping. Illegitimate software quickly deteriorates in quality, but authorized copies continuously improve. The low quality and lack of updates for illegally obtained free software can directly hurt and hinder businesses.

Obsolete software is a well-known and widely documented security risk, too. Updates made to authorized software titles often include new features, but they also typically have security patches. Running old platforms — pirated or not — opens the possibility of dealing with a cyberattack.

Given that people use their computers for activities like banking, shopping and submitting health insurance claims, it’s easy to see how a hacker could rapidly obtain a wealth of sensitive details by getting passwords. Cybercriminals know passwords are lucrative due to the access they provide. Making this kind of ransomware fits with their aims.

Proceeding Despite the Risks

As mentioned earlier, many people do not realize the illegalities of browsing a collection of cracked software and downloading something from it. They might Google something like “free software for data science” and accidentally come across an illegitimate site. They don’t see banners saying “Warning: You are committing a copyright violation by downloading this title,” so they don’t immediately think of the dangers.

Others do know the risks but do it anyway. That’s often because the software is too expensive to get legally, and their companies or universities won’t buy the titles for them.

Pirated software will always be available. Using it is a bad idea for the reasons explored here, plus others, but some people feel they don’t have a choice.

Devin Partida writes about apps, software and other technologies. She is the Editor-and-Chief of ReHack.com.