Why We Desperately Need Better Cybersecurity
by Diane Keller

Why We Desperately Need Better Cybersecurity

The Internet of Things is an idea of potentially unending consequence and infinite possibility.

Essentially, it is the drive to make every device in our everyday lives communicate with other devices over the internet. It would mean that your entire house can be controlled with your phone and, one day hopefully, your entire life. Everything from your car to your refrigerator will be able to communicate, not only with your phone but other devices and servers all over the world.

New problems are presented by the Internet of Things
The potential of the Internet of Things, as you might assume, is positively staggering as an entirely interconnected world would mean unprecedented access to data that can be used to shape the future. It is a goal towards uniform access to the internet and the ability to communicate with other people all over the world.

To create a world above the physical, to make an internet without borders. It is the dream and fascination of many tech entrepreneurs and tech writers as we see the day of complete internet coverage draw near.

In this time, however, we must consider every eventuality and potentiality if such actualization were to occur.

This is a truly ailing problem as the threat of hacking becomes much greater given the sheer number of access points that are being created in pursuit of the Internet of Things. In this article, we are going to examine the multiple reasons why we need better cybersecurity in the incoming Internet of Things.

A massive network and the law of averages
By the sheer principle of technological evolution, the number of access points that are being created is going to be a real problem for users around the world and a real joy to hackers everywhere. As major tech companies push for greater access, devices must be made and acquired for potential internet users to access the internet.

There is no shortage there, however, as the number of smartphones, and companies making them, seem to increase almost daily. It is no small feat to manufacture a nation’s weight in phones, but our major mobile companies are doing it with ease.

The problem lies in the fact that every smartphone is a potential access point for any malicious actor to exploit. The law of averages alone dictates as the overall number of devices increases so will the number of hackers. This isn’t including all of the laptops and tablets that are already out there being used with malicious intent.

Security is all about approach
It is an impossible feat to require all smartphones to be encrypted, but, if anything, this means that it is even more important for us to implement cybersecurity on all our devices. If you are not, then you may very well fall victim to one of the many hackers attempts as their network grows daily. If only by the numbers alone do, we need greater cybersecurity.

The interplay of devices, along with the numbers, show an immediate and growing need for better cybersecurity. The question is, how do we implement such security over that many devices. The answer is we can’t do it uniformly across the globe. Truly, the only way to implement true uniform cybersecurity is to educate anyone and everyone who has access to a smartphone, tablet or computer.

Safety is in everyone’s hands now
This may sound tedious, but, even a simple pamphlet inserted into every box or a default program that explains, in detail, how to set up your own network security.

In truth, most users, in general, do not know how to encrypt files or networks. The basic security standards are barely adequate to deal with the whole host of malicious software that battles around the web. That is why education is so important. The only true way to protect our global data is t Informa every user on the planet and put the power in their hands.

Conclusion
The Internet of Things is an idea worth getting excited about, but, the risks are not to be ignored. With the mass integration of our devices well underway, we must make sure to understand everything we can about cybersecurity. There is no complete answer, but, we know it starts with education. The numbers alone are enough to make your hair stand on end about the prospect of millions of compromised devices.

We cannot let this deter us from the future as the fight can be won with education and perseverance. We must not let hackers and malicious actors steer us from the path of progress. If we stay informed and well planned, then we will ultimately prevail in our race to the future. 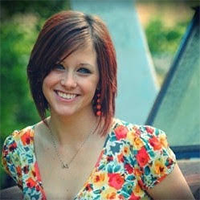 Dr. Diane Schleier-Keller is a business strategist and finance columnist. She has 3 years of experience in M&A and has been traveling the world to help train entrepreneurs to succeed in their business. You may also connect with her on Twitter.