What Kind of Computer Do You Need for 3D Rendering?
By Larry Alton
Visit our Jobs Board 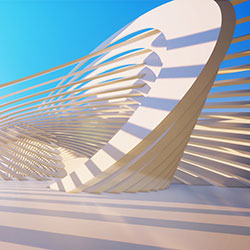 There are many technologies that require some level of 3D rendering. You may want to create an architectural design and show it off to some prospective buyers. You may want to experiment with your VR headset, allowing your computer to render a 360-degree environment on the fly. You may just want a better gaming experience.

In any case, regardless of what your intentions are or what software you’re using, you’ll need to meet certain hardware minimums before you can render effectively.

Every 3D rendering application is going to have slightly different demands, but there are some generalized components you’ll need to consider, including:

Additionally, you’ll want to experiment to make your PC run faster. For example, many people can improve their computer’s performance by clearing out unnecessary data, reducing the number of programs they run simultaneously, and regularly scanning for malware (then removing it, if and when it’s found).

Most software platforms, games, and other applications will recommend specific specs for their product, and many will give you a chance to test your machine to see if it’s up to snuff. For example, when downloading a software product, it might tell you whether your machine meets the minimum recommended specs. You might also see markers for the “minimum” specs and “optimal” or “recommended” specs; as these titles suggest, you won’t be able to run the application at all with below-minimum specs, but for the best experience, you should strive for “optimal” specs.

What Happens If I Don’t Meet the Minimums?

If you try to run a piece of 3D rendering software without meeting the minimum requirements for that software, don’t worry—your computer won’t explode. In some cases, your computer may freeze or work extremely slowly; if this gets worse, the computer could crash. In other cases, you may suffer from a handful of basic performance problems; for example, you might see stuttering or inconsistent frame rates, or certain renders won’t be as detailed as they should be.

In most cases, you can make upgrades to your current PC to help it perform optimally for your 3D rendering software. For example, you can trade out the RAM for something more powerful, and you can install a new graphics card. In other cases, it may be best to start from scratch; this is especially true if your current PC is very out-of-date, or if you’re missing several of the components necessary to run an application.